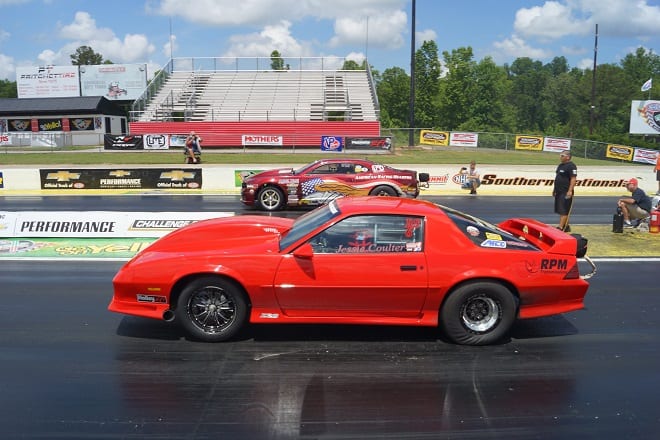 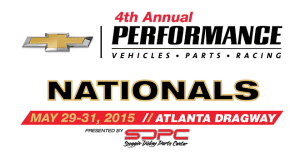 The Chevrolet Performance Challenge Series kicked off on Friday, May 29, with the 4th Annual Chevrolet Performance Nationals presented by Scoggin-Dickey Parts Center in Commerce, Georgia. Racers and fans alike found something to enjoy whether it was on Atlanta Dragway’s quarter-mile, in the car show, or amid the cones of the Hotchkis Sport Suspension Autocross presented by Nitto Tire.

In JE Pistons Drag Radial presented by K1 Technologies competition, Sonnie Pongonis took the easy trip to the Aerospace Components Winner’s Circle with his 2007 Corvette, as top qualifier Joe DeDona was unable to make the final-round lane call with his C5 Corvette.

It was looking to be a tight final round in Holley EFI Real Street as the number one and two qualifiers, George Farkouh and Jessie Coulter respectively, both logged elapsed times in the 7.9s. The two Camaro racers faced off and it was Coulter to the finish line first with an 8.35, taking the win after Farkouh lost traction at the hit. 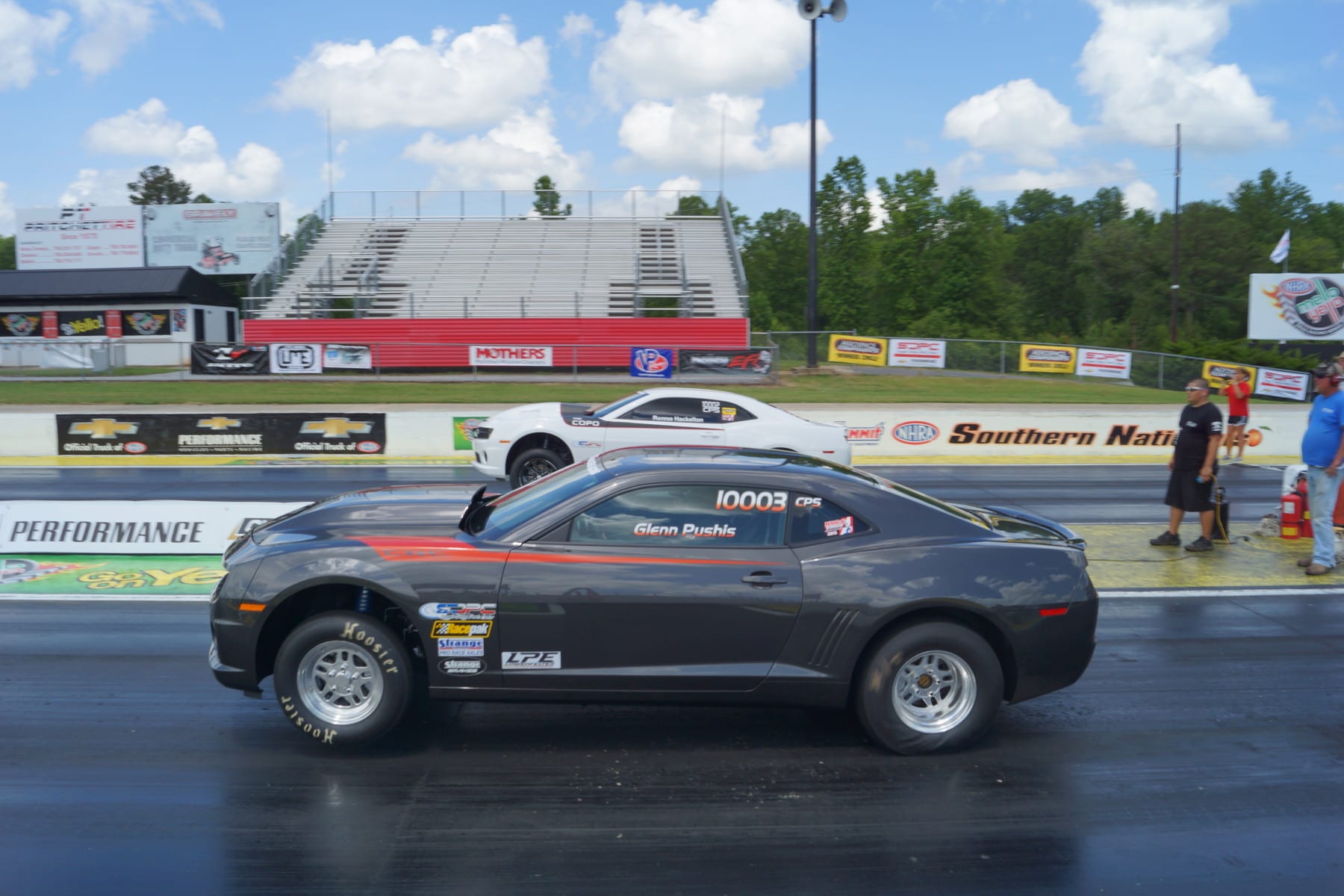 Also new to the Challenge Series is the newly minted LME Street King index class. Featuring vehicles running between 8.00-10.75 seconds, Street King had a bevy of competitors looking for the event win and the points that come with it. In the final round, Dwayne Camp faced off against Al Corda. Corda took the holeshot at the leave and went on to run 10.536 on his 10.50 index compared to Camp’s 10.324 on a 10.25 bid.

As usual, Proform Rumble did not disappoint in Commerce. The index class-with vehicles running between 11.00 and 15.00-saw Nicholas Massengale and his ’01 Camaro squared off against Rob Farley and his ’98 Indy Pace Car Corvette in the final round of competition. Farley had a very slight advantage at the start (.019 to .025), and won the close race, running 12.117 on his 12.00 index compared to Massengale’s 12.148 on a 12.00 effort.

Always popular with the locals, Gear Vendors True Street saw Concord, North Carolina’s Terry Faust taking the overall win with a 9.76-second average in his ’02 Corvette ZO6. Ted Timmerman of Durham, North Carolina, took runner up with a 10.33 average from his ’99 Camaro, and Adam Toney was right behind him, posting an 11.13 average for the 11-second win in his ProCharger-blown, big-block Chevelle. Hauling in the 12-second win was Tom Calabrese, who posted an impressive 12.008 average in his 2010 Camaro SS, and Parks Mills, Missouri’s Tom Barnett brought home the 13-second prize with a 13.17 average. As there were no averages in the 14-second range, the next winner was Brian Palcisko of Parma, Ohio, who averaged 15.26 over his three runs.

The 4th Annual Chevrolet Performance Nationals also featured three bracket classes competing alongside the normal contingent. In Bracket 1, Jeremy Hancock edged out Robby Brown in the final after Brown turned on the red light. It was an all-’69 Camaro affair in the final round of B2, where Justen West was pitted against Matt Ward. Reaction times were nearly dead even, and Ward took the win with a 7.923 on a 7.89 dial, versus Ward’s 6.438 on a 6.41 effort. Bracket 3 saw Matt Wilhelm of Commerce, Georgia, defeat Scott Reynolds of Cartersville, Georgia-Wilhelm ran a 16.805 on his 16.80 dial against Reynolds’ 13.376 on a 13.28 run in the final round.

In addition to the big car show and the drag racing, there was also competition brewing over at the Hotckis Sport Suspension Autocross presented by Nitto Tire. Everything from daily drivers to pro-touring monsters was looking to weave their way around the sea of orange cones for the Hotckis Cup. When the dust settled, Mike Long had taken the Hotckis Cup with the quickest average of the required 24 laps around the course over the two-day event. Keith Maney took the runner up spot, and Tyler Powell posted the fastest single-lap time of the weekend in the exhibition/bragging rights Ultimate class.