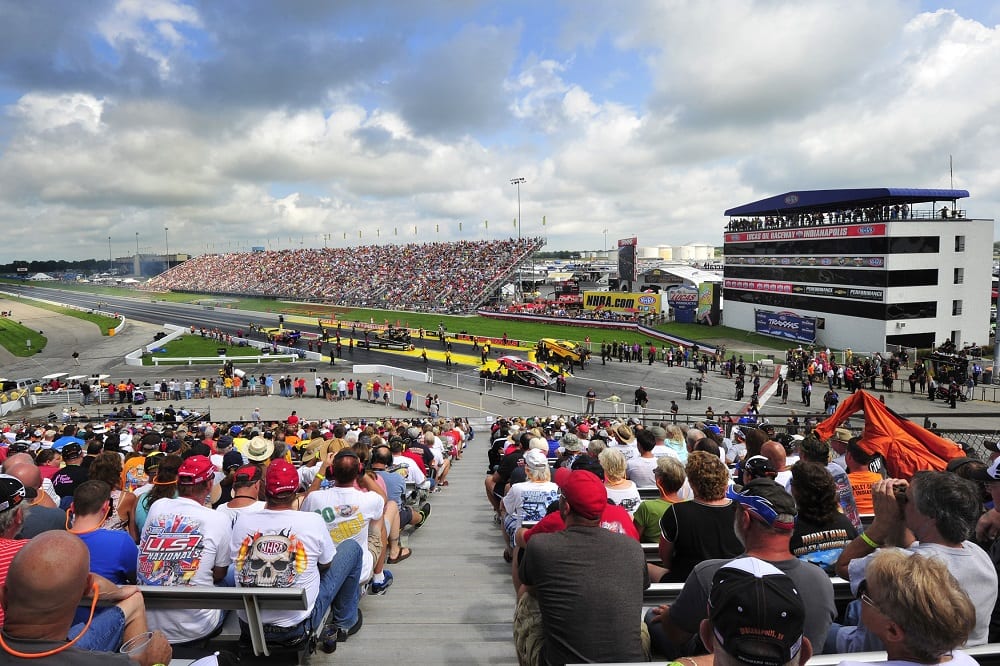 Like probably millions of families on Thanksgiving, it’s tradition to go around the table and recite what you’re thankful for this year. But instead of some vague, boring answer, what if we centered it on drag racing?

That makes it much more exciting – or at least it should be – and it’s a genuine list that could go on for a while. Don’t believe me? Take a look below.

I’m thankful for this sport, first and foremost. I didn’t grow up around it, didn’t have a father involved in it and didn’t watch my first race until I was working at a newspaper after graduating college. My very first interview after graduation was Larry Dixon. Little did I realize the magnitude of that type of interview for a 22-year-old doofus, but I was hooked. There are stories within stories in this sport, and personalities galore and I couldn’t ask for anything more.

I’m thankful for firsts, which happen every year in this tremendous sport. You had Steve Torrence becoming the first driver in NHRA history to sweep the Countdown. You had Tanner Gray becoming the first driver under 20 to win a NHRA world championship. You had four first-time world champions (J.R. Todd, Torrence, Gray and Pro Mod champ Mike Janis). You had the first 200 mph run in Pro Stock Motorcycle, the first time all four world champions (Torrence, Gray, Todd and Matt Smith) won the final race of the season and also a bevy of first-time winners – Blake Alexander, Billy Torrence, Matt Hartford, Deric Kramer, Jeremy Ray, Jose Gonzalez and Rick Hord.

I’m thankful for drivers who are talented enough to reach 100 wins, like David Rampy did this year and Dan Fletcher did the year before. I’m also thankful that we get to watch John Force win his 150th race in 2019 (yes, I’m expecting it).

I’m thankful for Pro Mod, which is thriving in its golden era. From the NHRA to PDRA to the Mid-West Pro Mod Series to the NMCA, Pro Mod is at an unparalleled level right now. With apologies to nitro lovers and radial fans, Pro Mod rules the drag racing world right now and that’s perfectly fine with me.

I’m thankful for those who haven’t let up in their passion for Pro Stock. It’s been a tough time and we may not be headed toward a happy ending down the road, but seeing those who are passionate enough to keep pushing forward indicates the type of people involved in this sport.

I’m thankful for the World Series of Pro Mod, which has recognized how to put on a show. Put one killer class in the spotlight, promote the magnitude of $100,000 on the line with two dozen-plus star drivers and let the excitement brew. If you were there and didn’t have fun, you didn’t have a pulse. Make sure you’re there in 2019 and you’ll agree. 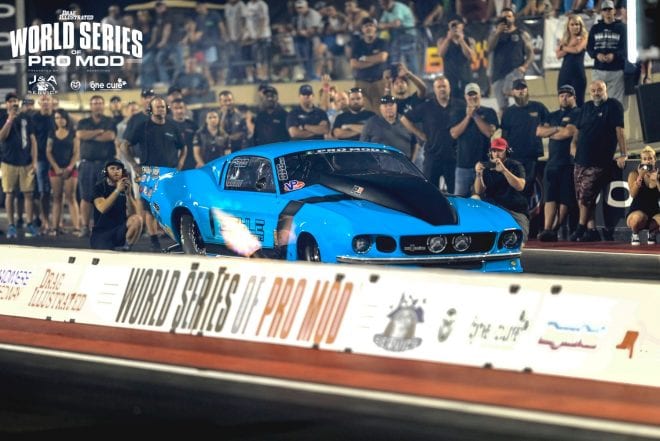 I’m thankful for those who recognize the sport as entertainment (hello, Donald Long). Lights Out is the must-attend music festival of the drag racing world, and that type of anticipation and exhilaration continually puts the sport in a better place.

I’m thankful that two world champions – Todd and Shawn Langdon – have a great podcast, the Nomex Effect. You want real reactions, behind-the-scenes info and unfiltered talk? That’s all there and let’s hope for more of it from other drivers in 2019.

I’m thankful for publications like Drag Illustrated, which help the sport push the envelope, think outside the box and don’t rest on the laurels of yesteryear. The best is right now and is still to come, and DI has always recognized that.

I’m thankful for young standouts in drag racing. While these awesome young men and women are thriving, I was a dope wandering aimlessly at the same age. Guess I could learn a thing or two from them even now.

I’m thankful that Robert Hight is as tough as they come. Racing – and winning – a race just after breaking your collarbone? That’s badass any way you slice it.

I’m thankful for four-wide drag racing. Yeah, I have no problem admitting that, either.

I’m thankful for throwback paint schemes, Halloween costumes and wraps in Vegas and anything that stretches outside the norm.

I’m thankful for drivers like Stevie “Fast” Jackson, whose magnetic demeanor could draw a smile from anyone. Let’s make him a superstar in 2019 – and plenty of other drivers.

I’m thankful for sold out crowds across the nation, fully confident this sport is in a good place with plenty of room to grow and improve.

I’m thankful to share the sport with my son, even if it’s the crashes that get him the most excited.

I’m thankful for mosh pits on the starting line, double-gun salutes after a win and anyone who has a little exuberance in their celebrations.

I’m thankful for any driver who uses social media as a gateway for fans to get a glimpse of their lives. We’re all glad to just be along for the ride.

I’m thankful that I can realize 2018 was pretty darn great for the sport and there’s a good chance 2019 can be even better.

I’m hope you’re thankful for a lot more reasons as well. Look around, treasure the great in the sport and those reasons won’t be hard to find.