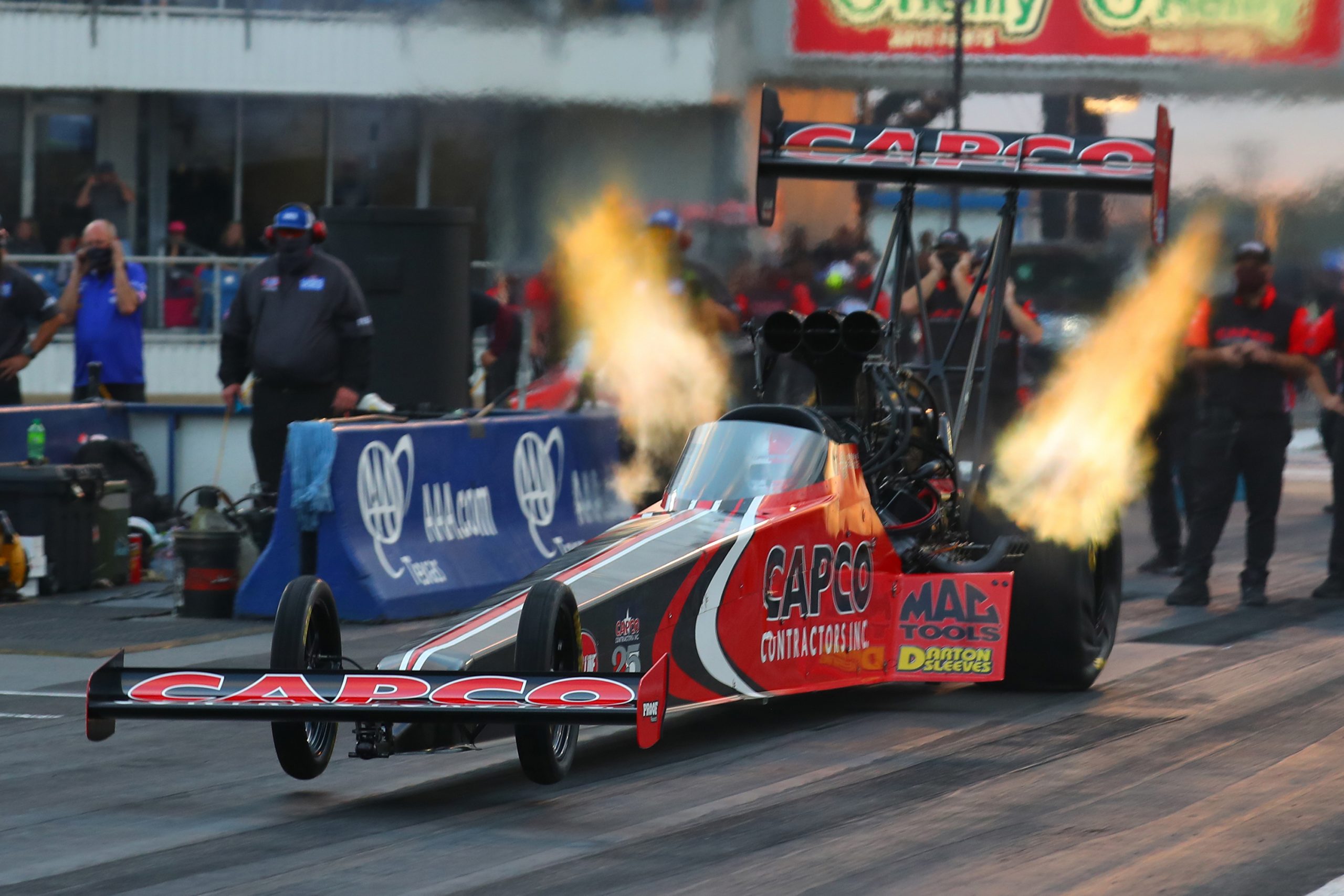 For over three decades, Texas Motorplex, located between Ennis and Waxahachie on Highway 287, has hosted the premiere National Hot Rod Association (NHRA) drag racing event in the state of Texas — the Texas NHRA Fall Nationals. Millions of fans have experienced 330-mph races and have seen champions such as John Force, Don Prudhomme, Steve Torrence, Eddie Hill, Kenny Bernstein, and many more set records and amaze crowds.

This year during the inaugural Stampede of Speed, October 2-10, six days of racing events plus a full day of professional testing will pump more money into the wallets of race teams from across the country than ever before.

“No one has ever put together a multi-day schedule as diverse or rich as the Stampede of Speed,” said Texas Motorplex General Manager Andy Carter. “We will be paying $25,000 to win Pro Mod on Tuesday night, over $30,000 in low-qualifier bonuses will be on the line on Friday night during the Friday Night Live event, and on Sunday our race purse for the Texas NHRA Fall Nationals will be over $1 million for all the classes combined, including the largest payout for the Camping World Drag Racing Series in over two years.”

The Stampede of Speed schedule will include a full day of professional testing on Wednesday where many of the NHRA teams will be fine-tuning their 11,000-horsepower race cars to make a run at the added money on Friday night. Monday night NHRA veteran and showman Scott Palmer will produce his Nitro Side Show featuring Nitro Pro Mods, Dragsters, Funny Cars, Harleys, and anything else that breathes NITRO, with Scott Surgeon blasting rock-n-roll live on the starting line. The Tuesday night Pro Mod Shootout will feature some of the fastest doorslammer race cars in the country and will pit outlaw racers head-to-head with the stars of the NHRA for a $25,000 payday. The additional purse money is creating a frenzy amongst the NHRA teams to enter the event.

“We will have one of the biggest fields of professional teams in the history of the track,” said Carter. “The interest has been off the charts with the addition of the low-qualifier money, as well as the specialty races leading up to the Fall Nationals. This will be the must-see motorsports event of October.”

BBQ and music will be the theme of the day as some of the best grill masters show off their tasty delicacies paired with some refreshing cold beer from Metroplex area breweries. Multiple musical acts from Nashville to Texas will entertain the crowd from the afternoon into the evening leading to the first of many fireworks displays to celebrate the inaugural Stampede of Speed. Look for the line up in the coming weeks.

Monday, October 4 – The Stampede of Speed Nitro Side Show

This ticketed event will feature some of the wildest race cars on the planet as they try and set speed records and breathe fire as they roar down the track. The pits will be open for fans to get up close and personal with some of the most exotic race cars on the planet. Following the racing action a massive fireworks display caps off an eye-opening, pulse pounding evening of racing and music.

Racing action will be the theme of the day as competitors from across the region race in the Stampede of Speed Shootout featuring Top Sportsman, Top Dragster and Pro Mods. The Top 16 sportsman and Top Dragsters will battle it out with a winner-take-all Shootout to end the day. Pro Mods from every association including NHRA will battle it out in a first-ever, no rules, anything goes battle to be the quickest at the Stampede.

See the fastest, most powerful race cars on the planet make test laps in advance of the NHRA Texas Fall Nationals. The stars of the NHRA Camping World Drag Racing Series will be on-site preparing for the fourth race of the NHRA Countdown. This first ever NHRA open schedule test session is a chance for curious motorsports fans to get a taste of the ground pounding excitement that will play out Friday-Sunday.

The wildly popular and free Fan Fest event will begin in downtown Waxahachie highlighting race cars, interactive games, live music and family fun. A massive driver autograph session will be the highlight of the evening which will be capped off with a fireworks show.