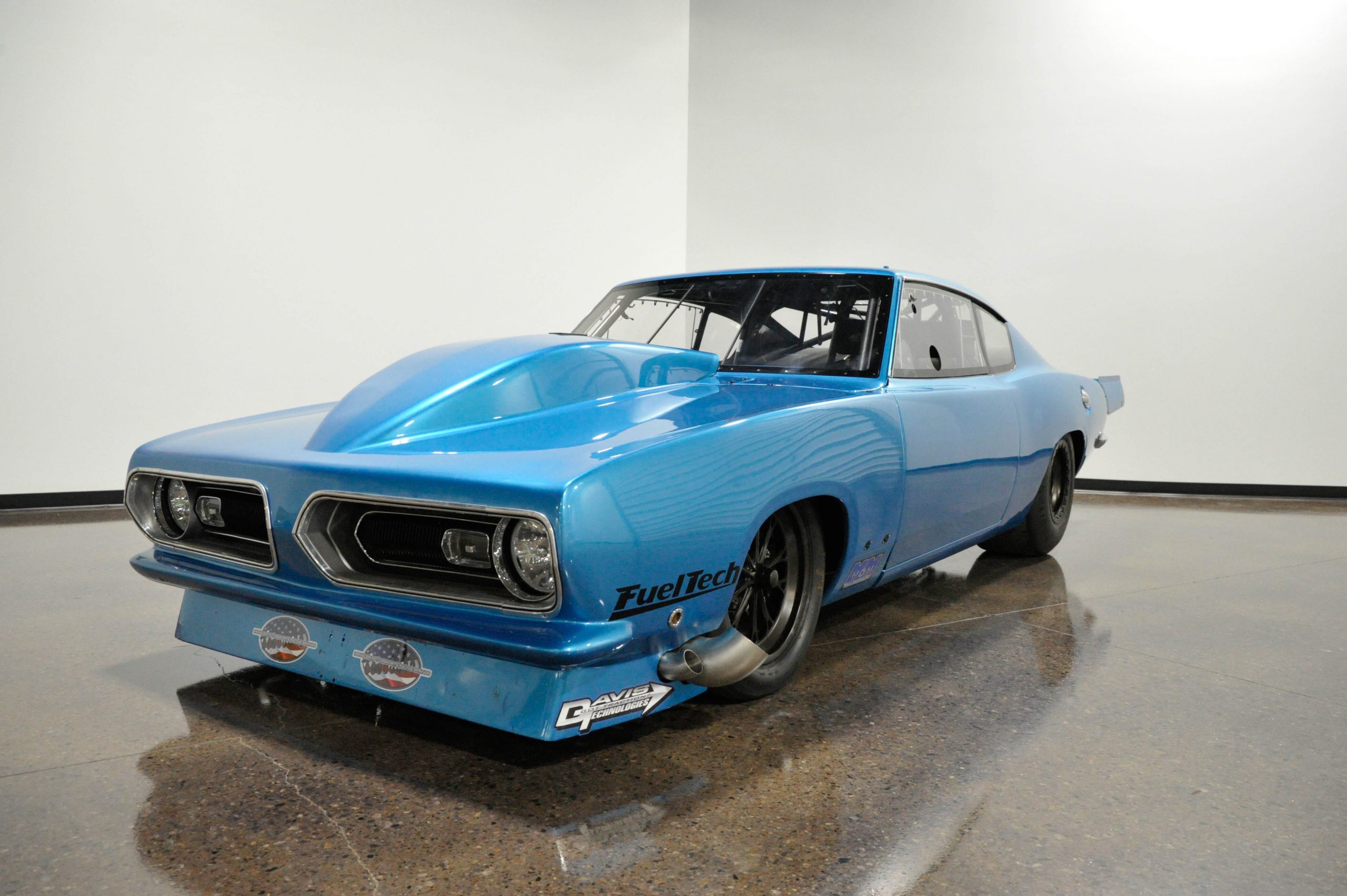 If Marty Robertson was going to part with his stunning ’68 Plymouth Barracuda, known affectionately as “Bad Fish,” he had to make sure the new owner was the right fit.

Robertson received what he called a number of very reasonable offers for the car, but nothing felt quite right — that is, until longtime friend and fellow Texan J.D. Campbell showed an interest.

The standout radial racer envisioned the legendary car as an ideal fit for making the transition from X275 to Pro 275, and he talked with Robertson about purchasing the car. It came together quickly, Campbell acquired the car and the plan is to now make his first appearance in the twin-turbo powered “Bad Fish” in Pro 275 at No Mercy 11 in October at South Georgia Motorsports Park.

“I’m definitely pumped. The name on that car is prestigious. Anything Marty has owned has been top-notch and I’ve had my eye on it the past 3-5 months,” Campbell said. “To carry on the name means a lot and is extremely meaningful to me, and to hear his vote of confidence I’m extremely honored and grateful. It really helps me become even more confident in doing this.”

Campbell likens the “Bad Fish” as the big brother to his other light blue car, a nitrous-powered Camaro.

This one is just as stunning and Campbell will be taking a major leap in performance, trying to make the first 3-second run in his career. But he certainly has Robertson’s backing and the veteran is excited to see what Campbell can do behind the wheel in the Barracuda in Pro 275.

“I never had the time to campaign the car like it needed to be. It’s a great car and I knew JD was the right guy for it,” Robertson said. “He’s going to go out there and do great things in it. This car has created a legacy and it was big for me to have the right person behind the wheel. He’s the guy for the job.”

Robertson sees unlimited potential with the car, especially now that its back as a turbo-powered machine. Trying new things has always been a trademark for the car, as Robertson has used turbo, blower and ProCharger combinations over the years.

But a twin-turbo has always been the best choice, as the car ran well last year under the tutelage of Nick and Rich Bruder.

Now, the car will venture into a whole new class, but Campbell is thrilled at the latest challenge. He’s already been in touch with Nick Bruder and will be working with EliteHP, thanking Robertson for laying the groundwork for any assistance Campbell may need.

Combined, Campbell is hopeful he can have an immediate impact in the new class. 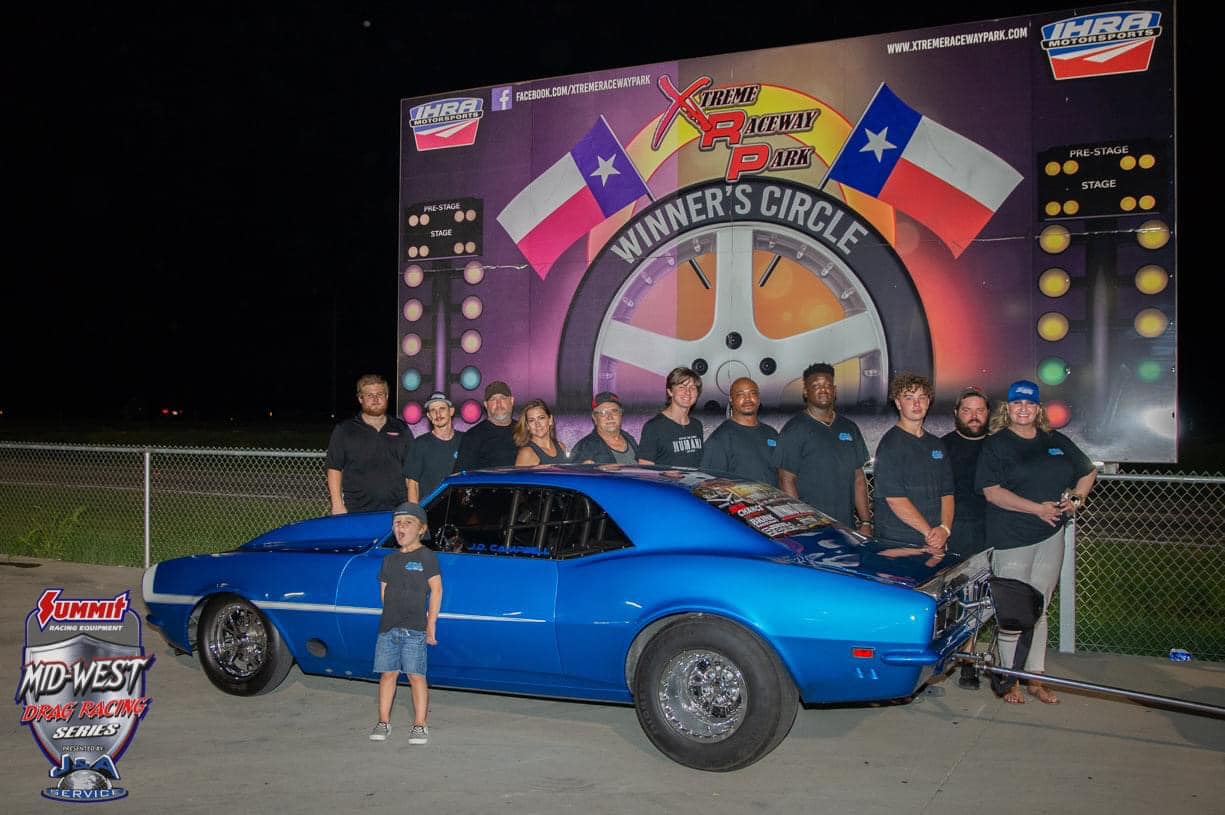 “It’s a whole new real, a whole new world and a whole new car, but I felt like it was time to step it up,” Campbell said. “Pro 275 is the next hot up and coming class and it’s really turned into a cool class. There’s just a lot of buzz there.

“When you enter into a new program, there’s a lot of excitement. I want to go in the 3s, and that’s the competition part of me. I want to win, not just drive the car. Hopefully what I’ve learned the last 6-7 years will help, but I’m definitely pumped.”

Putting in work has never been a problem for Campbell, who thrived in X275 because of his ability to get the most out of his Camaro.

“I took the Camaro to a new level and I know I can do the same with this car,” Campbell said.

It’s all music to Robertson’s ears, who would love nothing more than to see the “Bad Fish” thrive in Pro 275 as the class continues to prosper.

“There’s just so much potential with that car and I want to see it reach its full potential,” Robertson said.

Campbell has that in his sights, though the workload will be immense over the next month.

To have the car ready for No Mercy, Campbell has his work cut out for him, but that’s where he’s thrived over the years. He’ll be in Valdosta for No Mercy in five weeks, which means Campbell has a lot to pull off in a short time.

Motivation, though, won’t be a problem. He’s driving a standout car with an impressive history, and has a chance to make a sizable impression in a new class – all while making the fastest runs he’s ever made.

“This feels like the big brother to my car and I’m super pumped to do this,” Campbell said. “I want to go fast and I want to go in the 3s. This is the car to do it.”