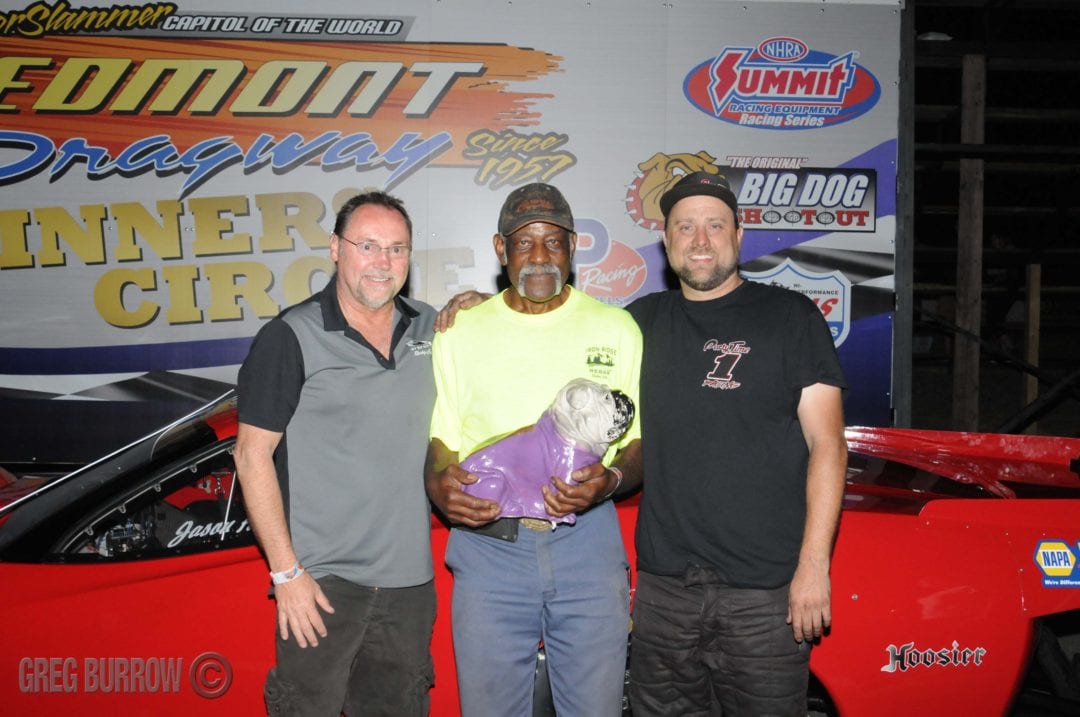 Competitors in the popular Big Dog Shootout at historic Piedmont Dragway have two complete seasons under a new rules package, designed to make competition closer and to allow teams the luxury of not having to rebuild engines between rounds. The result was a group of cars that fall into the Top Sportsman format and not the Pro Modified-type car. Two of the current drivers that decided to test the week before the event were Scott Lang, with his supercharged Mustang and tuning from Charles Terrell. The other driver was Jason Harris, in the popular red Corvette that Robert Hayes built and guided to wins for Harris. 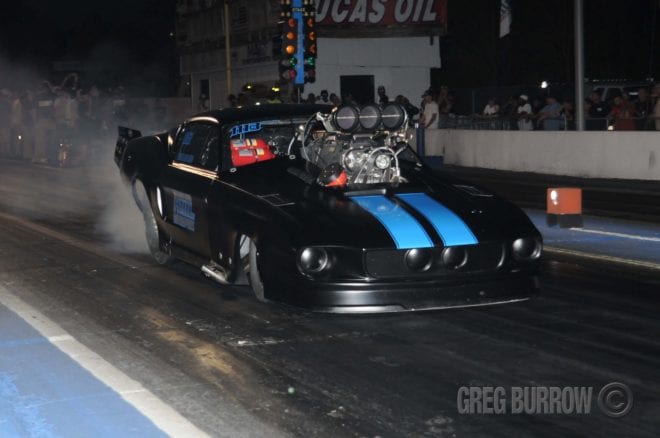 The result was that Lang was low qualifier and was able to set top MPH in qualifying and rounds one and two. The number was a 4.009-second qualifying effort and a top speed of 185.48 before the night was over. For Harris, the Billy Albert-powered Corvette responded with several 3-second ETs to put Harris into the elite group of 3-second drivers in competition. The number now is four drivers. 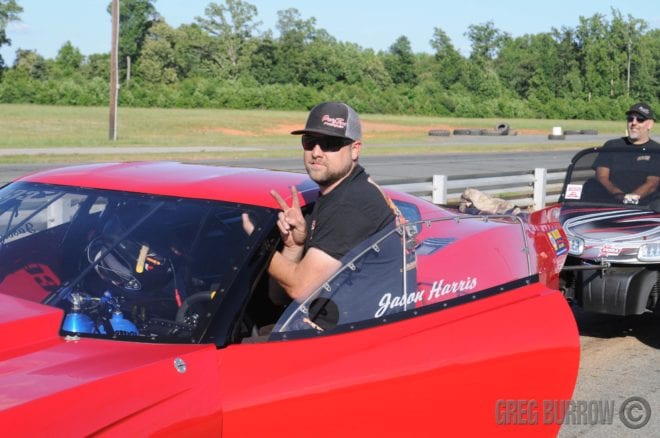 As with last month’s event, a drawing of the cards was held before round 1. The round went as follows: Lang with a 4.01 to defeat Clark’s 4.07, Graham used a 4.01 to defeat Wall’s 4.08, Shrader ran a 3.99 at 182 mph to defeat Harvey and Harris’ 4.02 defeated Lawrence. The semis went as follows: Harris ran a 3.98 to defeat Graham and become the fourth driver in the 3-second zone. Then Shrader ran a 3.99 at 181.81 to defeat Lang’s game 4.02 at another 185 mph. This set the finals with the first time both finalists ran in the 3’s the round prior. In a super-close run, Harris laid down a 4.02 at 182 with Shrader right behind but with a slight bobble close to the finish line. So it was that the May edition of “The Big Dog Shootout” resulted in a first-ever win for Wine Racing, both finalists were 3-second cars and were also nitrous cars. Other bests included Travis Harvey, no surprise, with the best reaction time at a .013 on the tree.