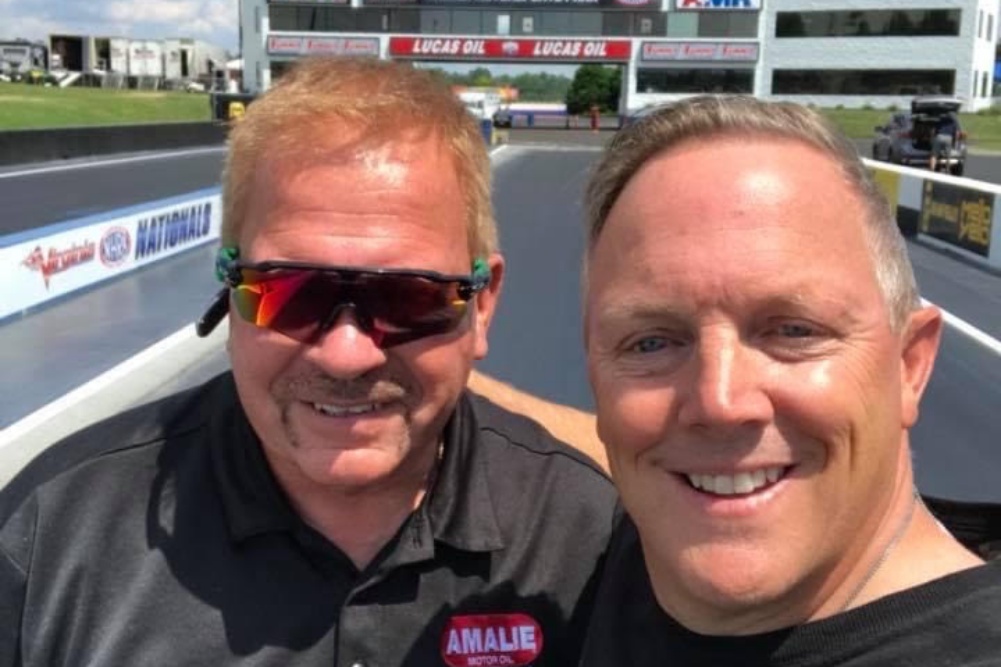 The 2022 NHRA Camping World Drag Racing season will see another familiar face in the Top Fuel ranks as fan favorite and 2018 US Nationals Top Fuel winner Terry McMillen today announced he will compete on a limited schedule, competing in six to eight national events in 2022, so he can continue to support his son Cameron’s Jr. Dragster career. McMillen will race under the Dan Mercier Racing banner.

“We met Dan in 2017 when he purchased a Top Fuel dragster from us and we have stayed friends,” said McMillen, who has two career Top Fuel wins and finished in the Top Ten in 2020. “He runs a family operation just like us, so it is a perfect partnership. After spending last year with Cameron at the track I knew the only way I would come back right now was if I could race around Cameron’s schedule.”

Dan Mercier Racing purchased the Terry McMillen Racing operation so the veteran driver will be returning to the same livery that he earned his first No. 1 qualifier at the Dodge Nationals in 2020 at Indianapolis Raceway Park.

“2022 will certainly be the long-awaited dream year for Mercier Racing,” said Mercier. “There’s no better time to make a serious commitment to the big leagues. Having the opportunity to have Terry as a driver will give the Mercier Racing team a tremendous chance to improve and compete against the best. Our focus now is on winning rounds and national events.”

During the 2021 season McMillen spent time with his son attending Jr. Dragster races and pursuing other business interests. As McMillen and Mercier began talking about competing in 2022 McMillen was adamant that he would only race if it didn’t distract or conflict with Cameron’s racing schedule. Mercier, a serious Top Alcohol dragster racer who has raced a handful of Top Fuel events, also had a request of his own regarding Cameron, which included the youngster coaching Mia Mercier, Dan’s two-year old daughter, in a few years to drive a Jr. Dragster. In return, Mercier has offered coaching tips to Cameron if he decides to make the jump to a Top Alcohol Dragster.

“This season will hopefully be just the beginning of a beautiful partnership of passion and performance between our two teams and families,” added Mercier.

The team will be making further announcements in the coming weeks. The current plan includes possible races at the NHRA New England Nationals in Epping, New Hampshire, the U.S. Nationals in Indianapolis, and the fall NHRA Carolina Nationals at zMax Dragway outside of Charlotte with additional events to be determined.