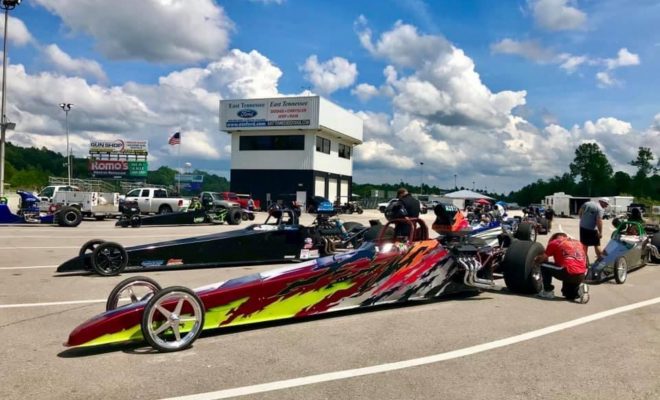 When it comes to dragstrips with “curb appeal,” you’d be hard-pressed to find another track that has a more visible presence than Tennessee’s Crossville Dragway. Positioned directly beside the eastbound lane on Interstate 40, roughly 36,000-40,000 motorists drive past the track daily.

Truckers often honk their horns loudly in approval when they pass by the track on race days, while aspiring drag racers driving passenger cars shift into neutral and hold it on the rev limiter, sometimes until parts begin to scatter across the interstate. Track owner Michael Newcome insists there’s been far more engines blown on the interstate by people showing off than by those who are actually on the track racing!

The Volunteer State’s most visible dragstrip dates back to the late 1970s, and was operated by the Howe family from 1991 until 2015. Afterwards, Tommy Fitzgerald purchased the track from the Howes, and the facility underwent an extensive remodeling about five years ago, which included a new concrete racing surface and concrete walls, remodeled tower, extra pit parking, LED lighting, as well as other updates.

Three years ago is when Newcome and his partner, Rick Wetherbee, entered the picture and leased the track from Fitzgerald, but after the two-year deal had expired, Wetherbee wasn’t interested in continuing in the ownership role, although Newcome’s opinion hadn’t changed. “Fortunately, I was able to move forward by myself, so 2020 marks my first year as owner/manager while doing it alone,” says Newcome. 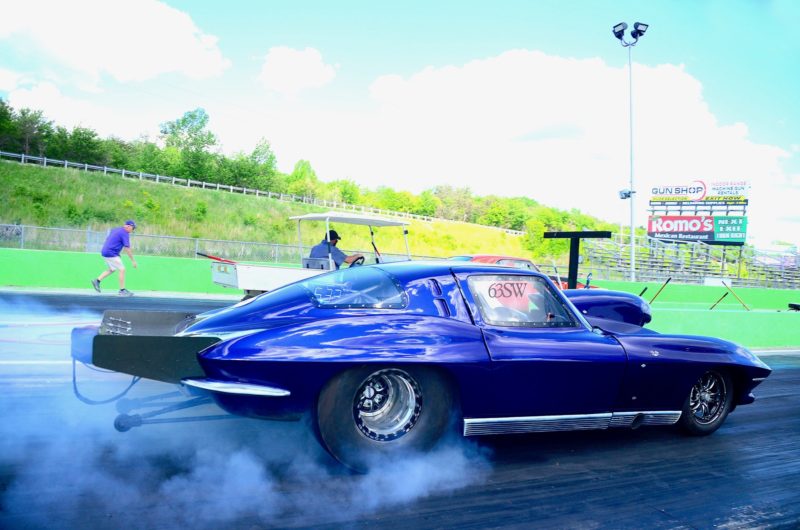 Right about the time he usually opens up for Test and Tune in March, COVID-19 hit and disrupted life as we knew it, including motorsports activities. While the track is bustling with activity currently, that wasn’t the case just a few months ago. “It was a rough couple months to get through, but amazingly, I did not lose a single sponsor, and that’s how we got through it,” Newcome insists.

People such as East Tennessee Dodge and Ford, Best One Tire, Selk Sanitation, Terry Bowman, Mayberry’s Furniture, Roger’s Race Fuels, VP Race Fuels and Mitchell Dyer are the ones Newcome credits with stepping up when he needed them most. The local Kubota dealer of Crossville even supplied the dragstrip with a new tractor and skid steer.

With the pandemic causing such a late start to the season, though, Newcome was forced to reevaluate some plans for 2020, namely his bracket racing schedule. “I have a history in radial racing, but I’ve come to enjoy bracket racing and was planning to launch a nice points program this year, but I felt the best thing to do was hold off until next season,” he says.

Crossville will host multiple big-money dial-in races this year through a collaboration with Chad Axford from Flat Bill Promotions. “We had a very successful weekend back in May, featuring three 10-granders,” Newcome says, “and we’re doing another event with Chad coming up in September.” 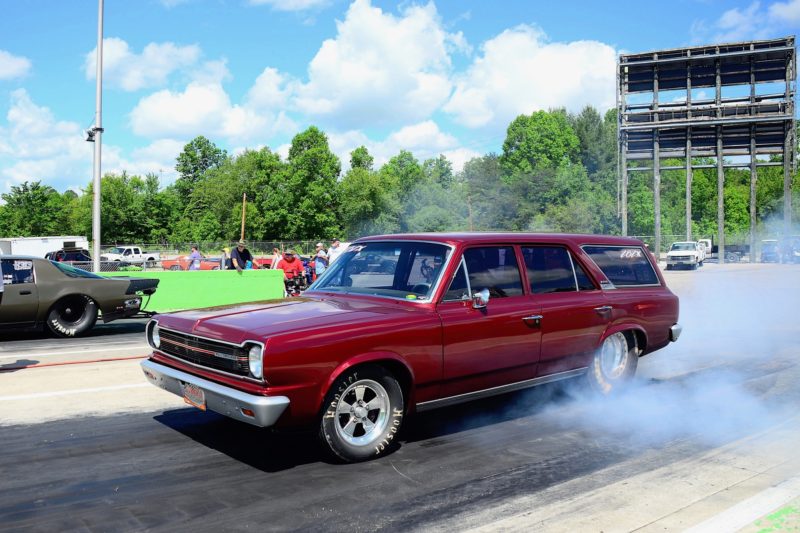 Newcome would also like to explore the possibility of bringing Pro Modified cars to Crossville. “I think it would be good for the fans to see some loud, fast cars!” he smiles. Crossville’s radial races have also generated plenty of excitement this year, especially the season opener when three 275 radial cars clocked elapsed times in the 4.0s.

Managing the track has been an exciting learning curve for Newcome and he places high praise on the Howe family for always being available to offer their input. “Jim Sr. has climbed in his truck at midnight and drove out here to help me sort some stuff out, and Jim Jr. and I have talked on the phone plenty,” Newcome says. “The Howe family is always available to help me and I appreciate them so much.”

Newcome has also capitalized on something brand-new this season, oddly enough, beginning this past winter, when he began providing a safe environment for individuals to match-race their street cars, but with a slightly different approach. Newcome explains how he grew up in this area and is aware of illegal and dangerous street racing that still goes on in virtually every part of the country including his own hometown, but there’s also a surprising amount of people who are willing to meet at the dragstrip and race their street cars…just not on the actual racing surface! “There’s a growing number of people who enjoy coming out here and racing their cars on the asphalt…past the finish line on a completely unprepped surface that simulates a street race, but in a much safer environment.” 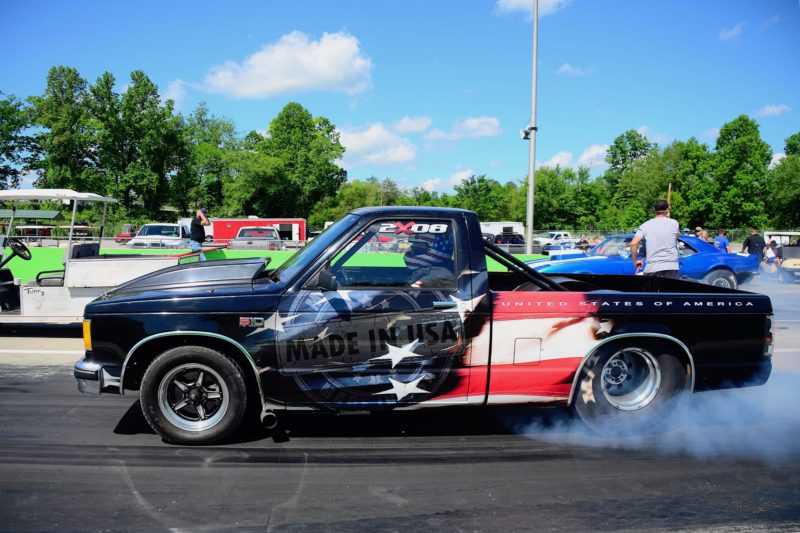 What Newcome has also noticed is that many of these participants and spectators alike are high school-aged youngsters. Sometimes Crossville is brimming with 2,000 people, all gathered past the finish line to enjoy the competition of heads-up street races, with all their favorite brands represented. What started as a novelty during the doldrums of winter is now being branded as “Asphalt Wars” and is a regular attraction through the summer months as well.

Crossville Dragway is IHRA-sanctioned and generally operates from March through November, but with the addition of Asphalt Wars, the track now has the potential to operate virtually yearround.