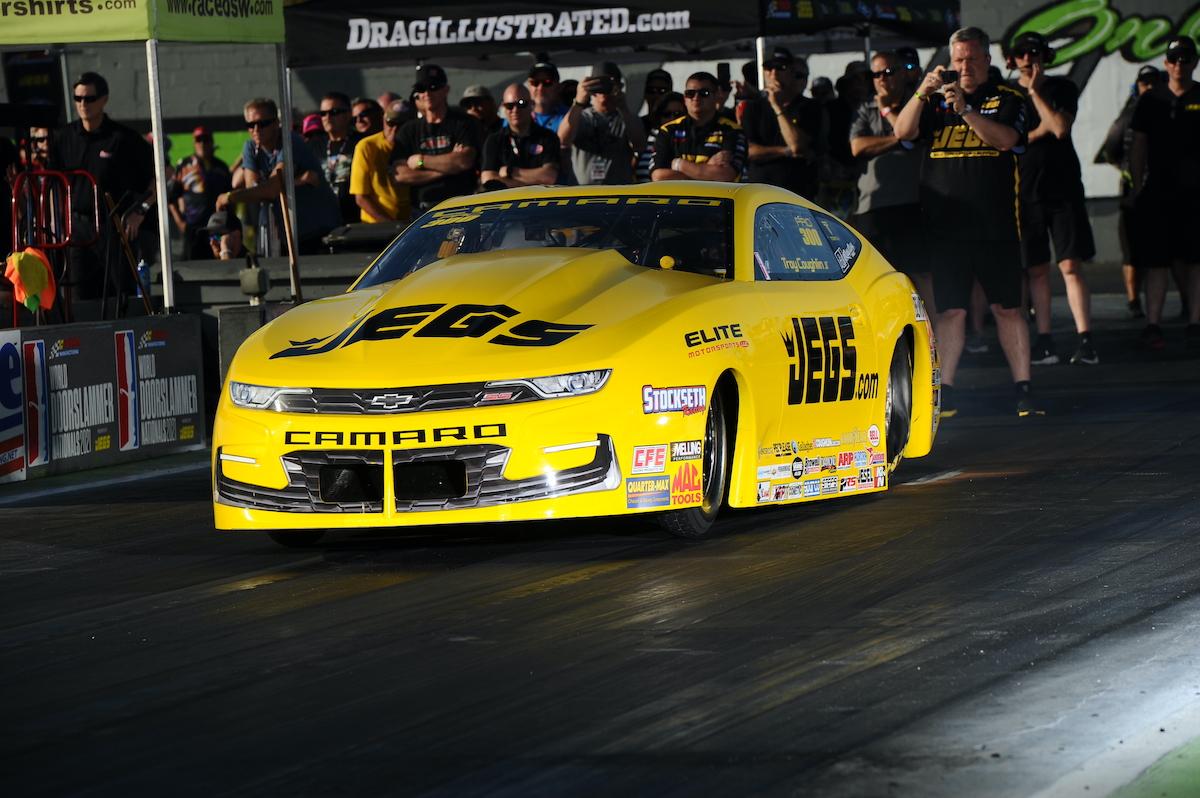 Troy Jr., who assumed the seat of the JEGS.com Elite Motorsports Chevrolet Camaro in the off-season after his uncle Jeg Coughlin Jr. retired, will be considered one of the favorites for this historic race after a strong outing at last weekend’s non-sanctioned World Doorslammers Nationals in Orlando.

Against a stacked field of the sport’s best Pro Stock racers, most of whom are also competing at the Gatornationals, Troy Jr. qualified third with a 6.540 at 210.41 mph. He then drew NHRA champion Bo Butner in Round 1 and managed to improve his best mark to 6.537 at 210.37 mph to Bo Butner’s 6.548 at 211.63 mph. Tire shake in Round 2 ended his day, but the entire team was very encouraged by the outing.

“It was great to finally get in the car and make some passes,” Troy Jr. said. “To perform as well as we did was a real bonus. I’m actually not surprised because this team is full of champion-level people from top to bottom. The only thing that’s changed is me so I’m concentrating all my energy into being the best driver I can be.

“Going into the Gators as part of Team JEGS and racing Pro Stock with this team is a dream come true. We were fortunate enough to race most of the events last year with another team car but now the spotlight is directly on me. It’s a real challenge and very exciting at the same time. I don’t have any real expectations of what’s going to happen. I’ll be happy if I continue to get better and limit my mistakes.” 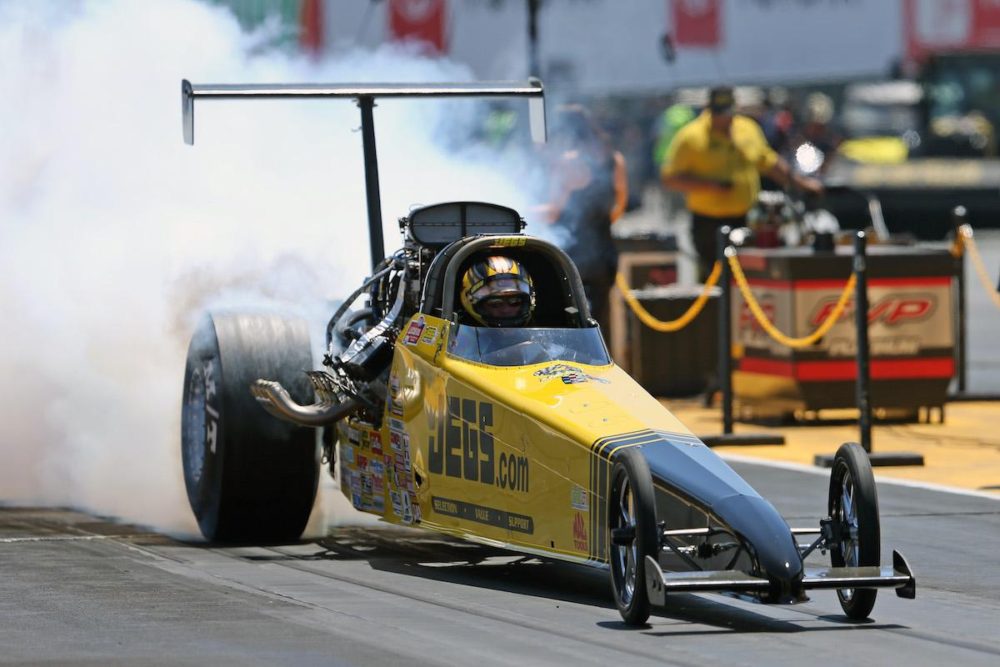 Troy Jr. also mentioned how stoked he is to race alongside his uncle Mike, who will be contesting Top Dragster at Gainesville Raceway for the second weekend in a row. At last Sunday’s “Baby Gators” regional event, Mike raced to a stellar runner-up result, showing early signs he’ll contend for a fourth career title this season.

“The Baby Gators were very good to us,” Mike said. “We went five rounds and ended up finishing second to Ross Laris by .008 seconds. It was a very close race there at the top-end stripe. We just got nipped by a few inches. But turning on four win lights in one day is always something to be excited about.

“We changed to a higher gear ratio this winter. The idea was to gain a little more speed and we did go faster, plus it showed better consistency. I think we could go even faster if we leaned on the EFI and boost but it’s happy right now and I know when your car is happy, it’s best to leave it alone.”

“Big thanks to Jeff and Danny,” Mike said. “It’s very much appreciated. My kids are lucky to have world champions shaking their cars out for them. What a deal.”