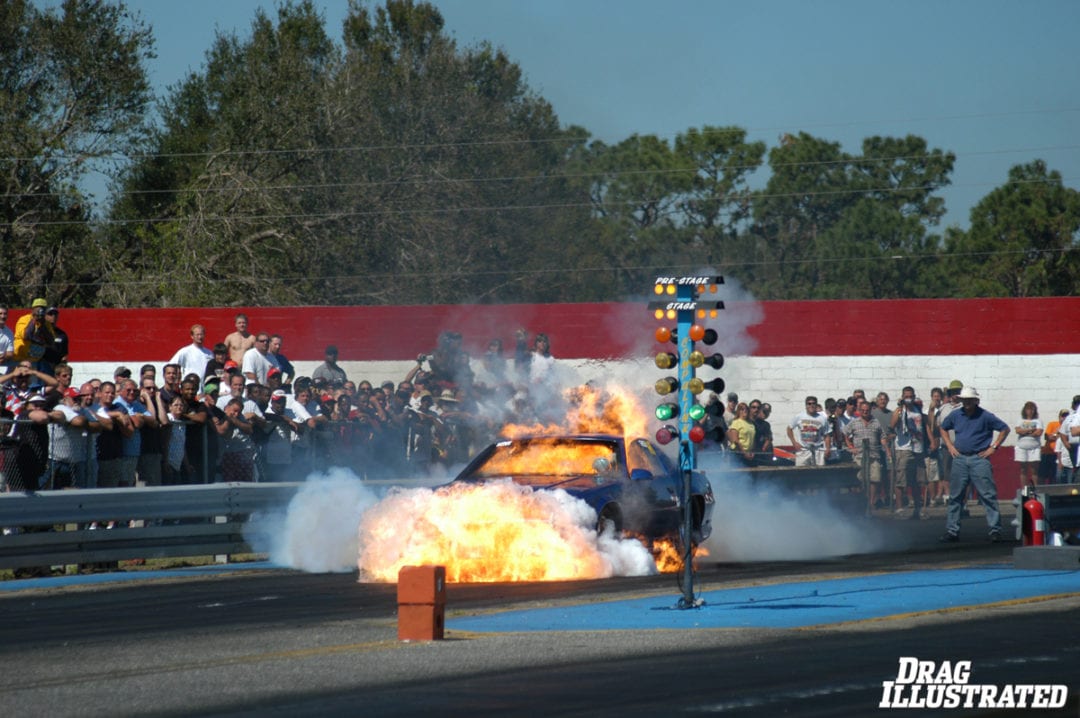 It was October 2004 at the World Street Car Nationals in Orlando when the Heavy Street competition started off quite literally with a bang. After a lengthy staging duel with Carl “Deckdaddy” Smothers, then 20-year-old and number-one qualifier Elliot Thompson eased his turbocharged 1991 Camaro into the beams and came up on the transbrake. Smothers then inched forward with his ’79 Trans Am and lit the staged bulb. At the first hint of green both drivers hit the gas, with Thompson’s car immediately exploding into a hellacious ball of flame.

The fire, which turned out to be transmission related, died down fairly quickly and it was Thompson’s father, Ed, who reached the young driver first. “I was surprised to see he’d already turned his body toward the door and was trying to climb out, even with the steering wheel still in place,” he said. “It was the scariest thing I’d ever seen.”

The younger Thompson recalled the incident as a blur.

Fortunately, Thompson suffered no serious injuries in the blaze, with only minor burns caused by the heat of the fire—not the flames themselves—to both wrists that exactly replicated the pattern of the elastic cuffs on his driver suit’s sleeves. 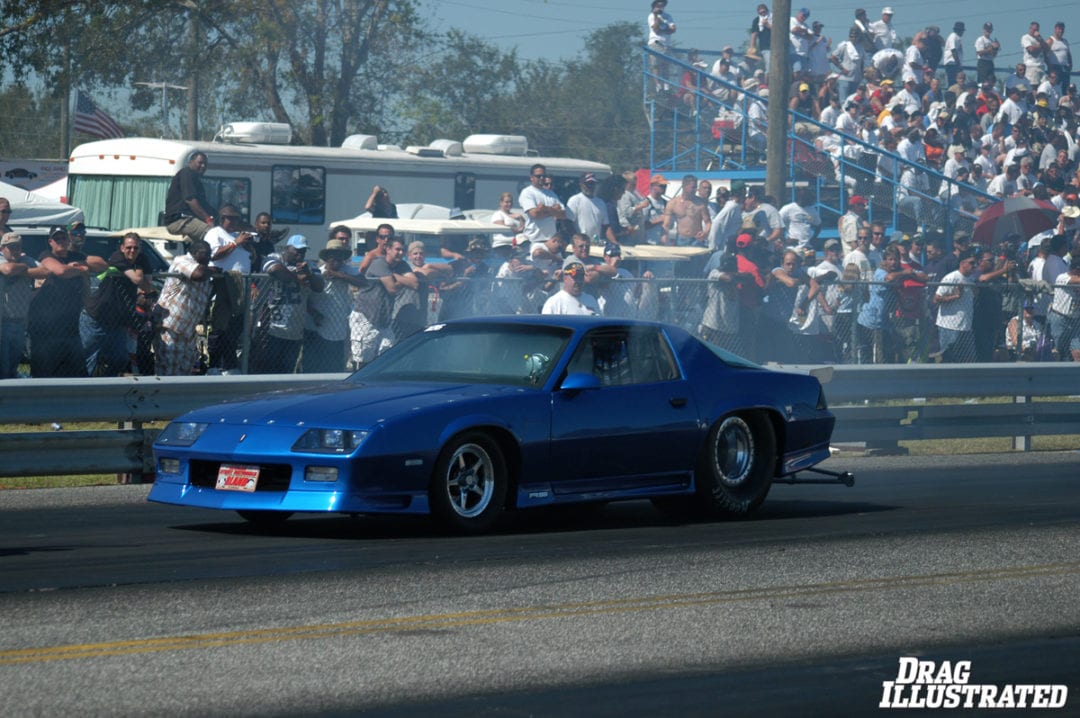 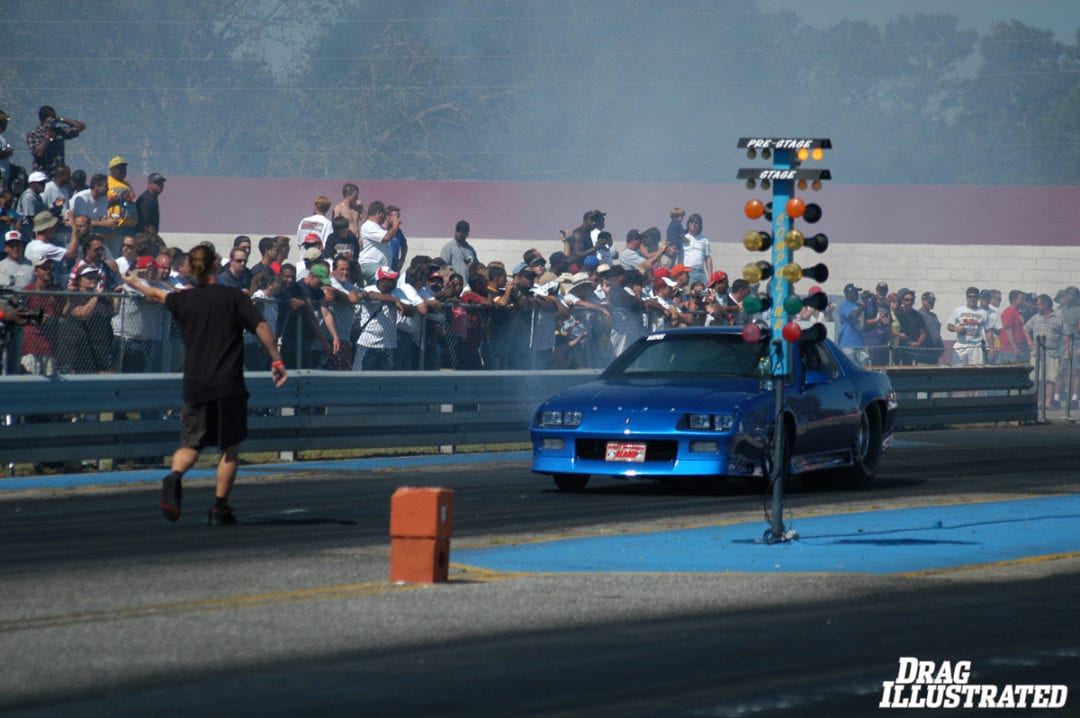 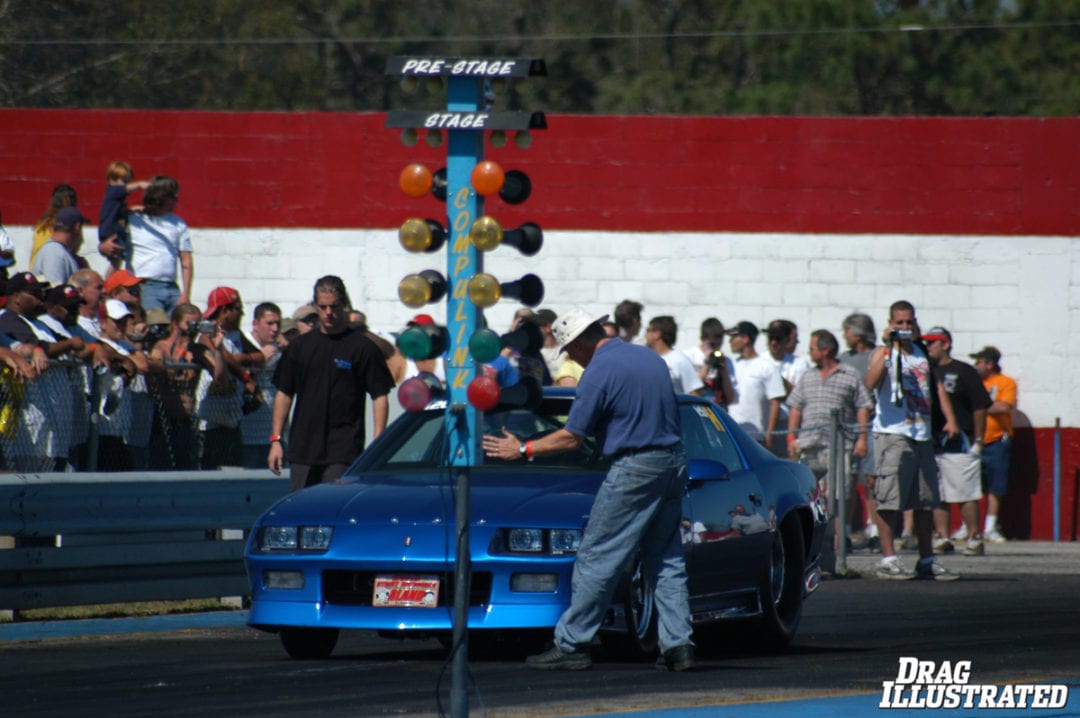 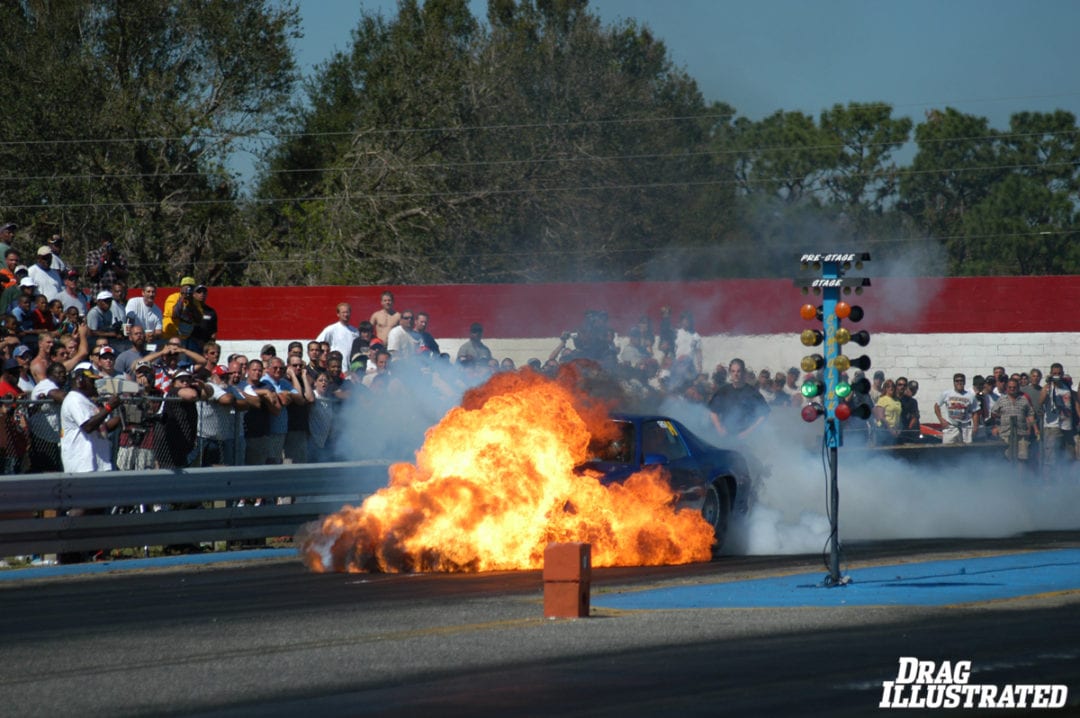 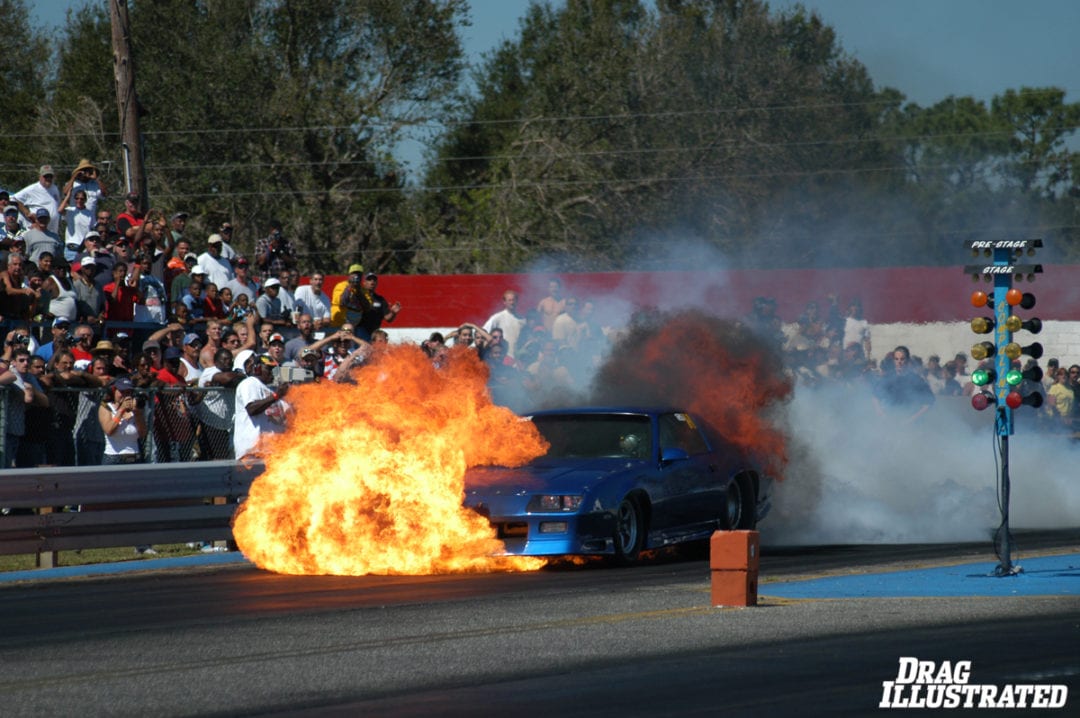 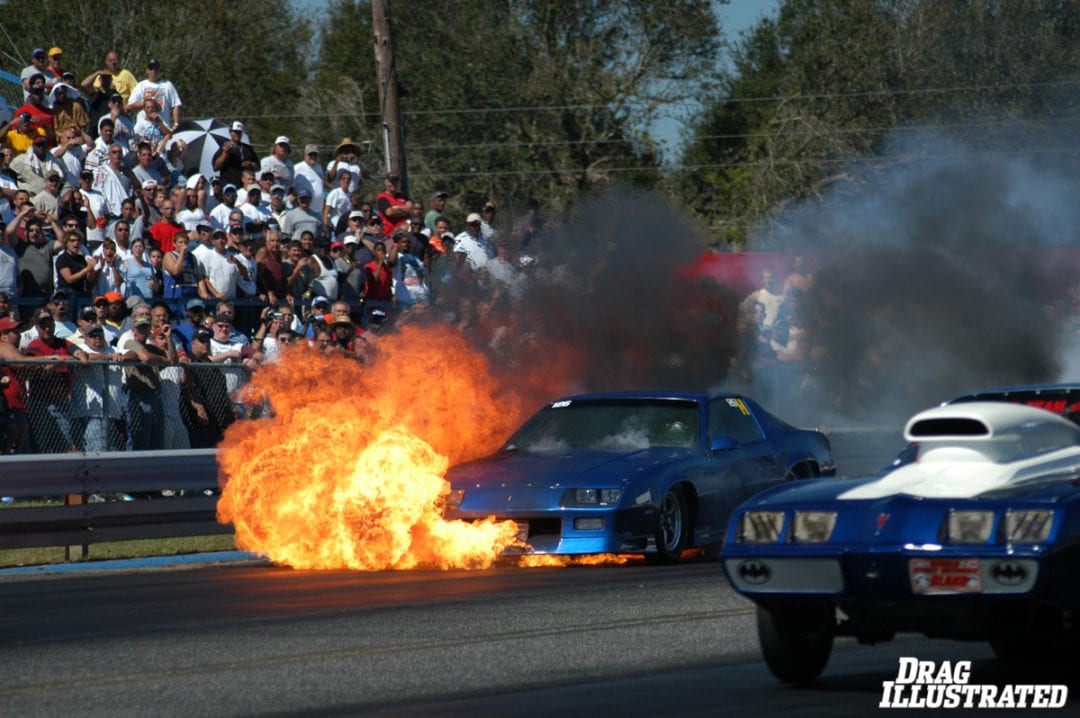 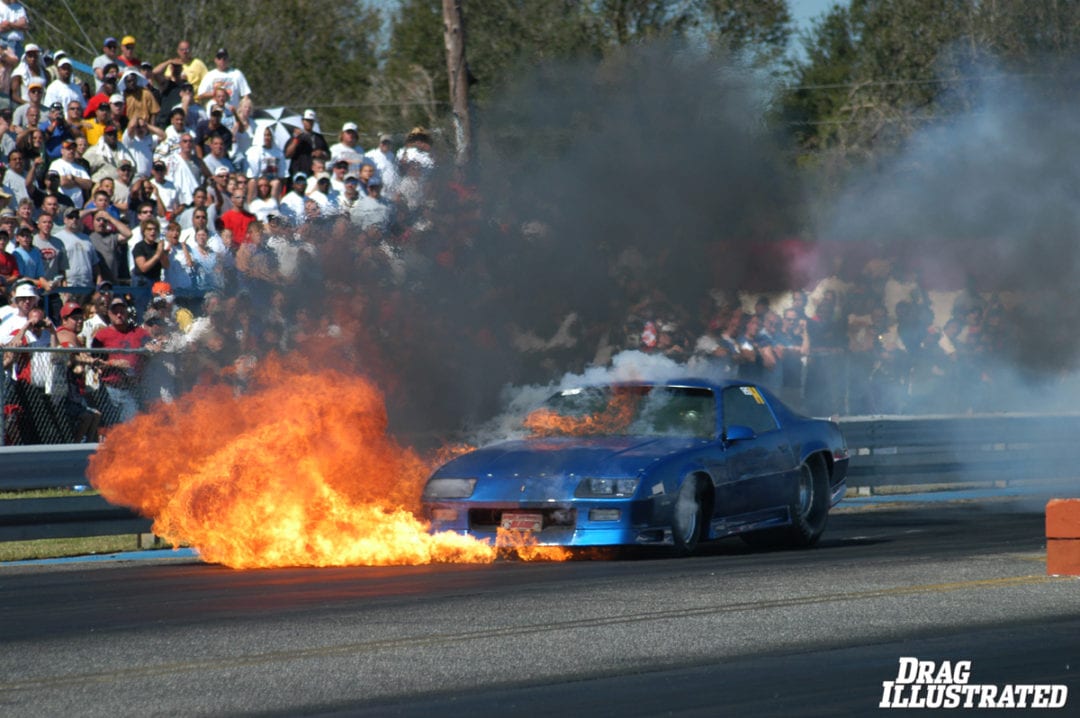 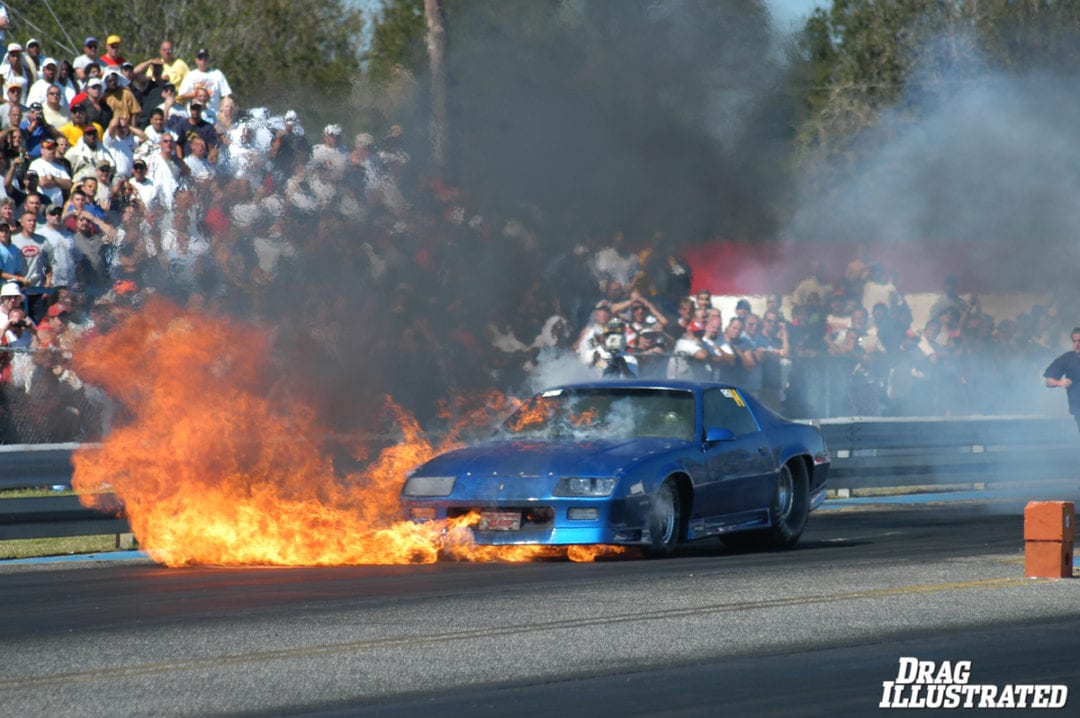 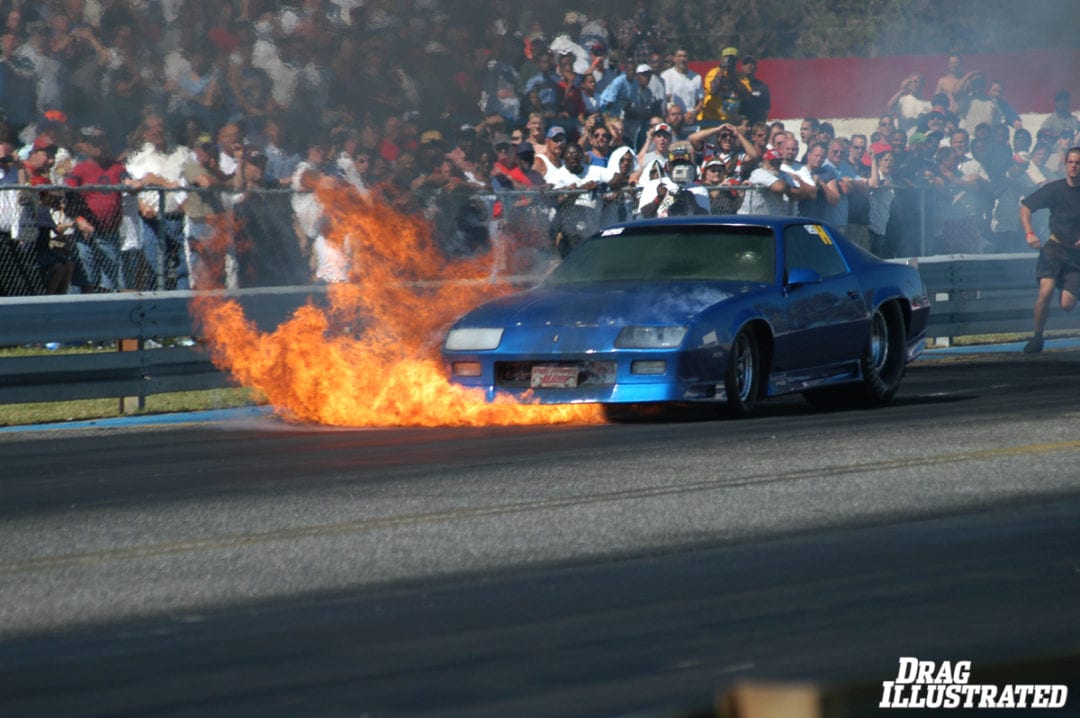 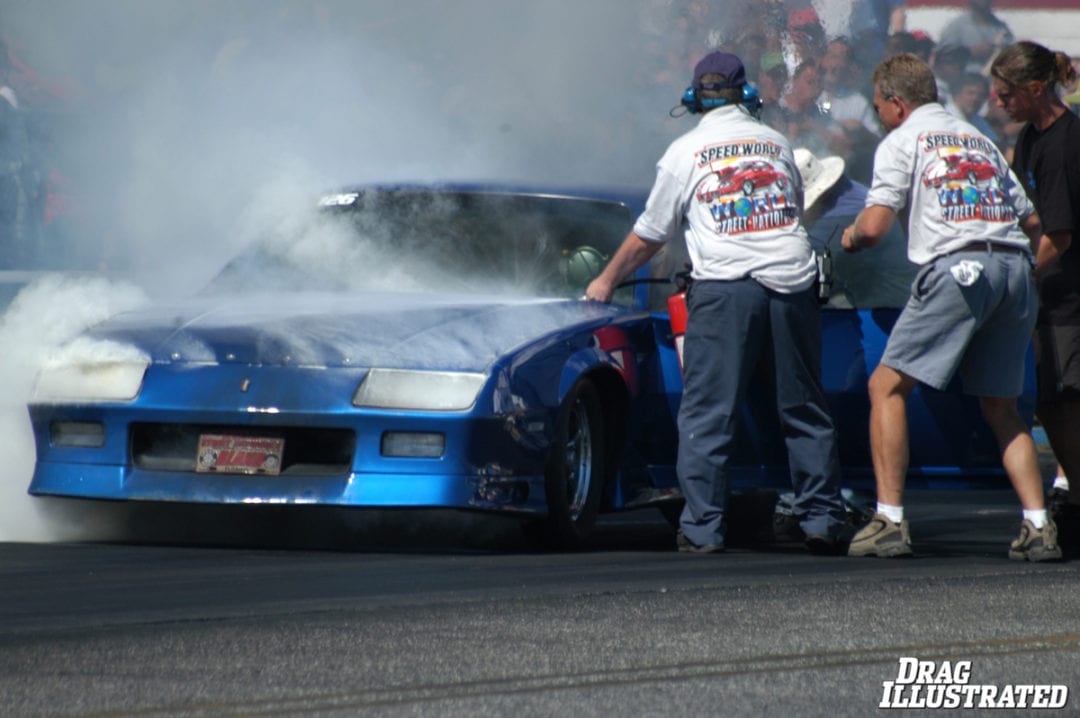 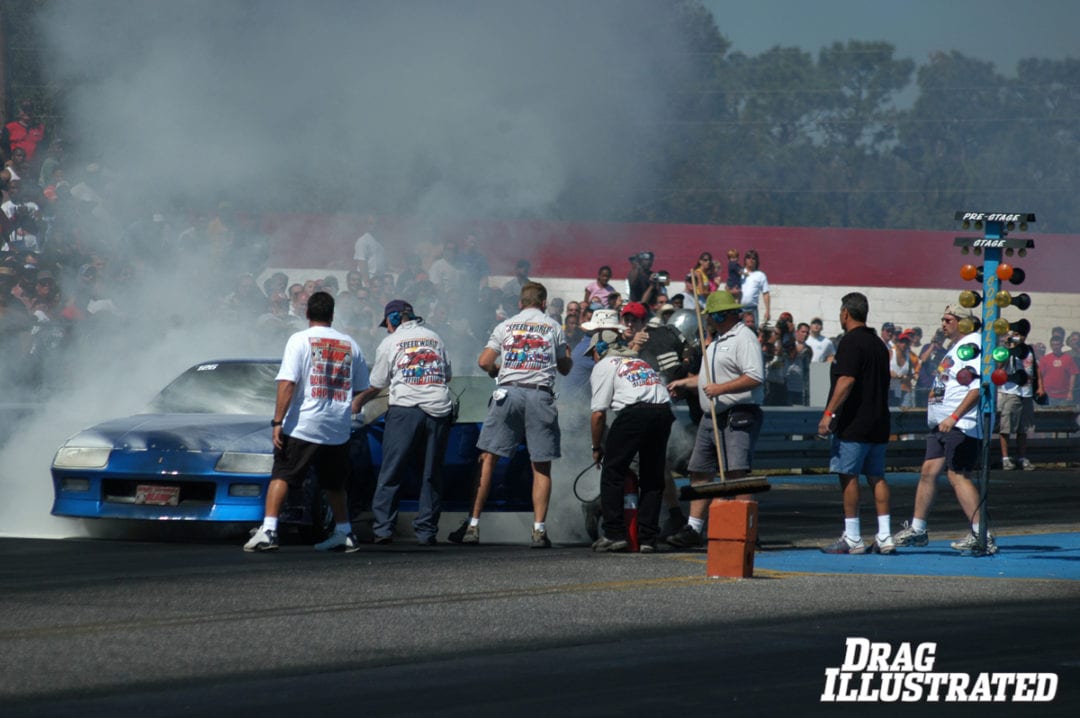 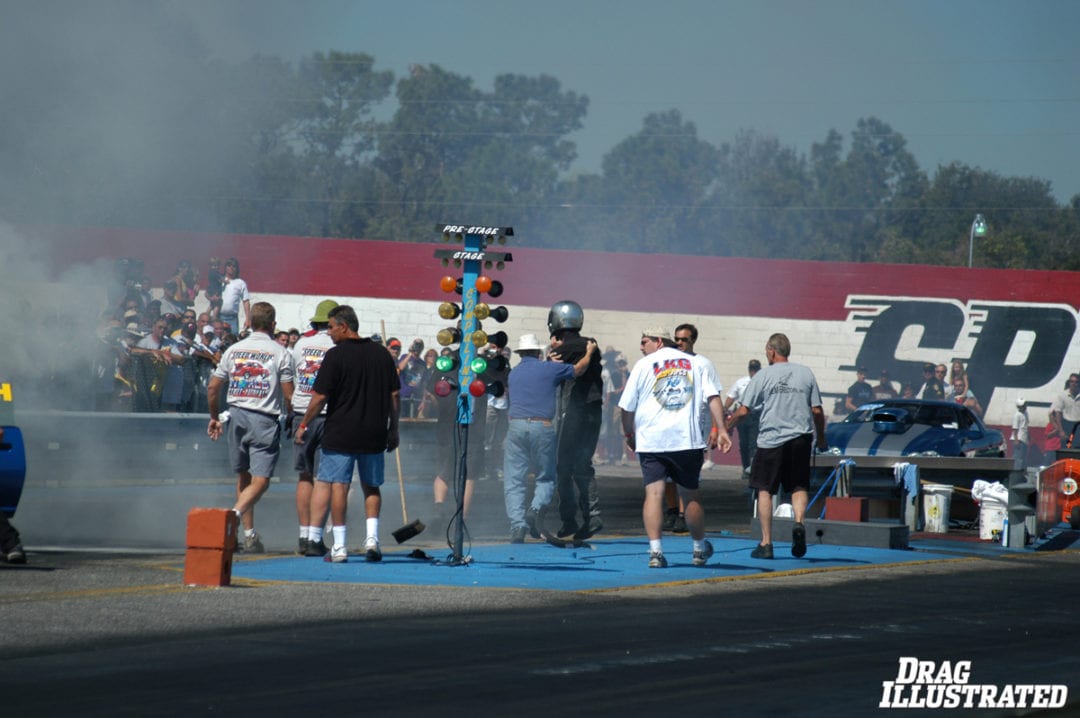 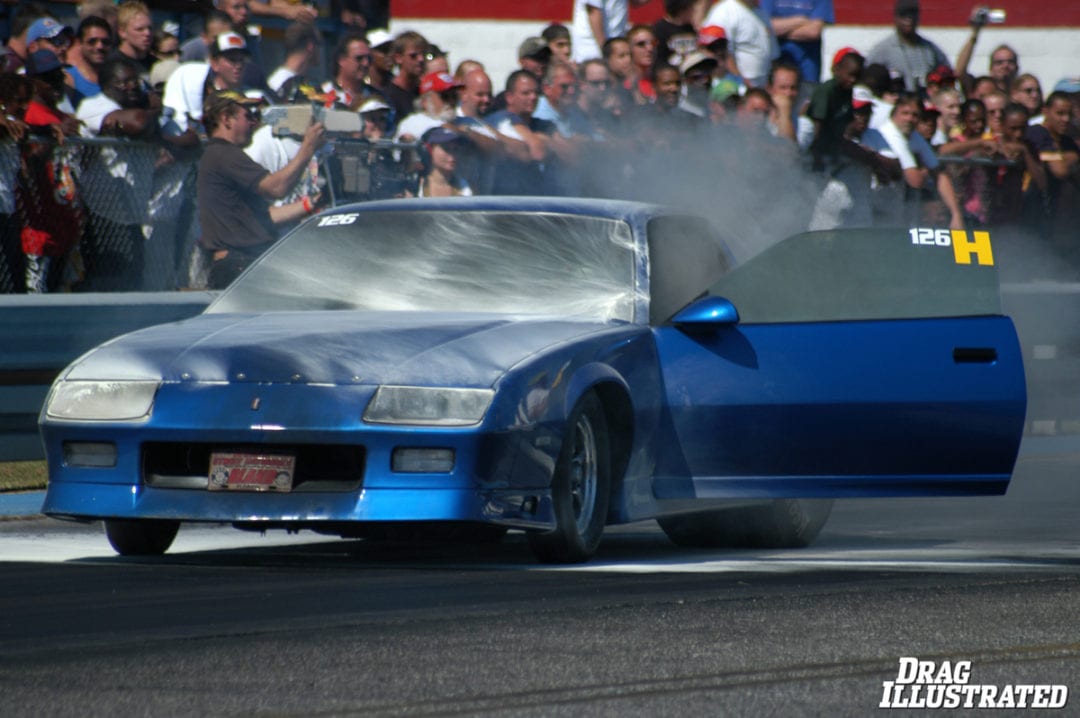