North America’s best drag radial racers have converged on South Georgia Motorsports Park for over a week of racing with Duck X Productions, beginning with Sweet 16 3.0. Qualifying kicked off over the weekend, with eliminations set to begin Monday evening.

Radial Vs. The World

Chassis builder David Reese rocketed to the top spot in Radial vs. the World in his screw-blown, Noonan small-block-powered ’19 Camaro with a 3.531-second, 211.33 mph rip down the Valdosta eighth mile. He’s followed by Radial vs. the World newcomer JR Gray, who is making the move to class racing after running off the competition in grudge racing. Gray put his nitrous-assisted, Musi-powered ’20 Camaro in the No. 2 spot on the strength of a 3.567 at 206.45. Stevie “Fast” Jackson, who tunes both Gray and Marcus Birt (No. 4), qualified third in his infamous screw-blown “Shadow 2.0” ’15 Camaro with a 3.569 at 209.10. 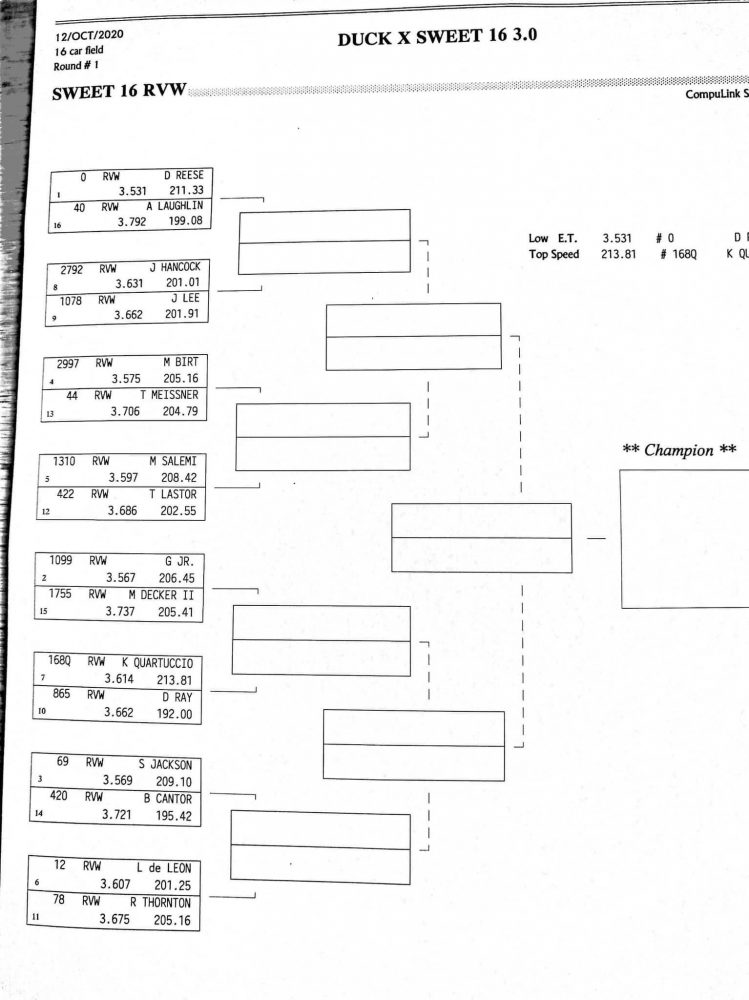