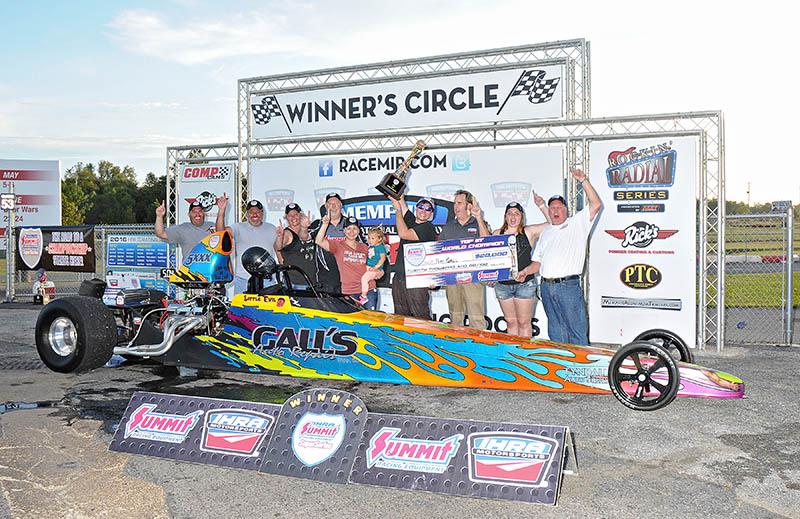 Representing nearly 100 IHRA-sanctioned tracks, drivers traveled from all over North America, coming from as far north as Alaska and as far south as Florida, to the largest and most prestigious bracket racing championship in drag racing.

The IHRA Summit SuperSeries champions were crowned Saturday in Top (Box), Mod (No Box) and Junior Dragster. The $200,000 program is the championship competition for IHRA member Sportsman racers and more than 8,000 racers compete in the program annually.

“It’s the biggest opportunity. Summit does something that’s just unheard of,” said Gall, whose margin of victory was just .0012 of a second. “To race every weekend and then, you get a chance to do something like this, it just blows your mind. At the World Championship, to be that close, it’s how the final should be.”

Black, representing Quaker City Motorsports Park, had a 6.431-second pass at 100.73 mph against a 6.30 dial-in to claim the Mod World Championship. The final was closely contested as runner-up Travis Loy from Harriman, Tenn., had a slightly quicker, .026 to .028, reaction time.

“It’s incredible, a day I never thought would happen, even driving down here,” Black said. “It’s humbling and unreal. You’ve got the best of the best here. I love all the prizes, but I’m most proud of that Ironman trophy.”

Schwemler, who earned his spot by winning the Division 5 Team Finals, beat No. 1 qualifier, Nick Ferraro from Ft. Lauderdale, Fla., for the Junior Dragster title. Schwemler went down the track in 7.931 seconds at 82.41 mph against a 7.90 dial-in. He was worried that Ferraro, was quicker at the tree with a .060 to .075 reaction time, had beaten him.

With the World Championship, the 17-year-old driver won a custom-built JR Race Car Junior Dragster featuring a custom paint scheme from Imagine That Customs, $3,000 from Summit Racing Equipment as well as the world championship Ironman Trophy and diamond ring.

“It was a long drive down here, but it was definitely worth it. To win a new race car, that’s an awesome prize,” said Schwemler, whose home track is the Grand Bend Motorplex. “That last race, I knew I cut a bad light and I was worrying all the way down the track. When I saw that win light, I was cheering in the car.”

Champions of the Summit SuperSeries Awards: