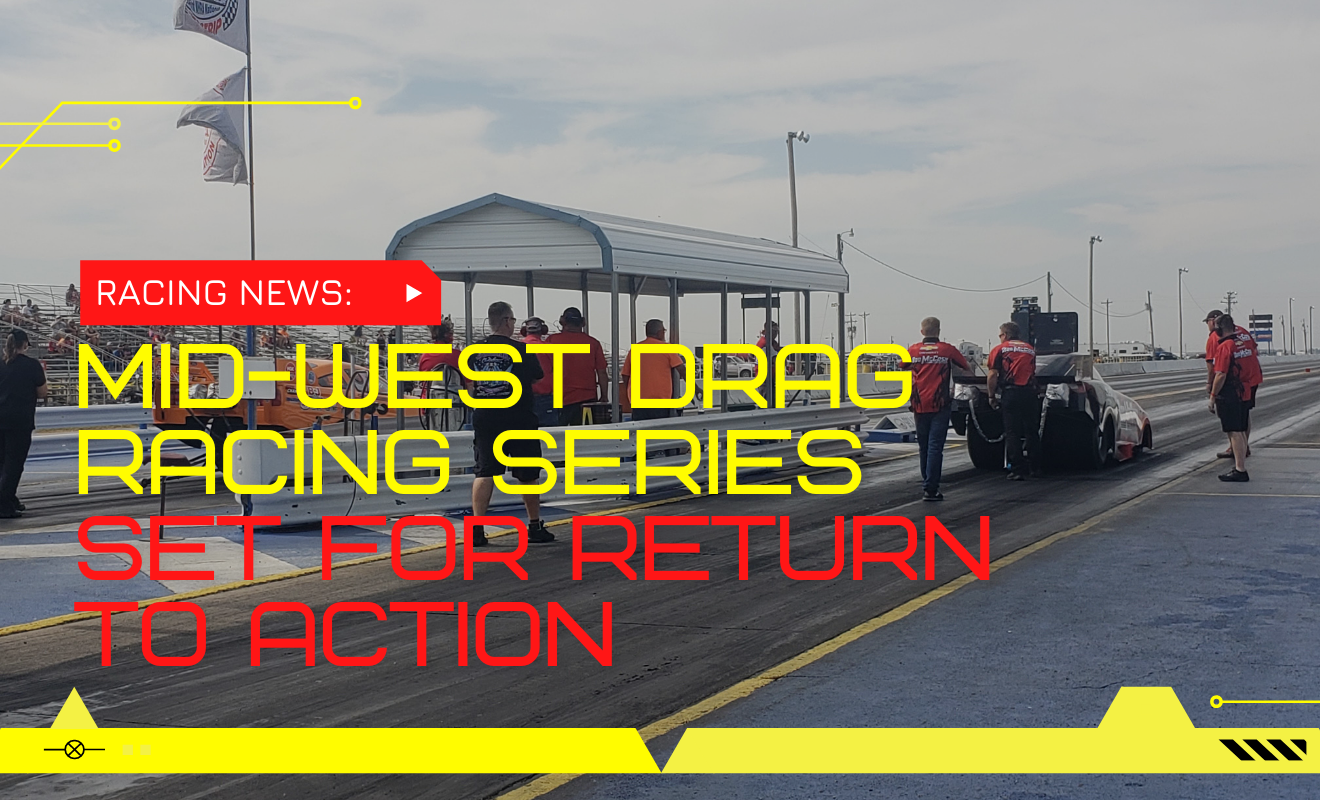 For the first time in more than three months, the Summit Racing Equipment Mid-West Drag Racing Series presented by J&A Service is back in action and it’s one of the several new tracks on the 2021 schedule.

The MWDRS will make its debut at SRCA Dragstrip in Great Bend, Kan. at this weekend’s Great Bend Nationals. It’s the first race for the Mid-West Drag Racing Series since early May in Tulsa, after races at I-30 and Houston were cancelled due to weather.

The added time off has everyone excited to return, kicking off what should be a rigorous and thrilling conclusion to the 2021 season.

“It’s a track that’s going to be new to a lot of racers, but we’re all very encouraged and excited,” Mid-West Drag Racing Series Event Marketing Director Ellen Eschenbacher said. “There’s so much parking on concrete there for the race teams and the track is laid out in a wonderful manner. We’ve had a lot of positive reaction with the track and we want to leave them with a good impressive of the Mid-West Drag Racing Series.”

Keith Haney said he’s heard nothing but praise from the race teams ready to perform at a new facility, especially a track not as well-versed in the Pro Mod scene.

“We’re thrilled to go to a great place,” Haney said. “The surface is brand new and it’s awesome the track has worked with us. There’s enough parking where they can park close to 400 cars on the concrete. They just resurfaced the whole quarter-mile and it’s going to be pretty awesome. We’re looking forward to meeting a lot of new fans who have never seen a show like this before, especially with Pro Mods.”

After testing on Wednesday and Thursday, racing begins at 4 p.m. on Friday with the first of two qualifying sessions. Action resumes at 9 a.m. on Saturday for the final round of qualifying before eliminations start at 4 p.m.

All the top MWDRS names in Pro Mod and Top Alcohol Funny Car will be racing for the $10,000 prize for the winner of the swift two-day race.

“The fans in Great Bend have seen and loved the alcohol cars, but they’ve never seen the Pro Mods. To get up close to the blower cars, the turbo cars, they’re going to be very excited about the diversity of the class,” Eschenbacher.

The series has drawn Top Sportsman racers as far West as Colorado for this weekend’s race, as well as a number of new Pro Mod cars.

Most are just eager to compete in the MWDRS after a lengthy summer break, and the mid-August race begins a stretch that includes five races at four locations — Tulsa will be a double-race weekend on Sept. 30-Oct. 2 — as the 2021 MWDRS season looks to finish with a bang.

“We’re all really looking forward to the weekend,” Haney said. “It’s a great place and the attention to detail is pretty darn great. It’s going to make for an exciting weekend.”

Admission for the Great Bend Nationals at SRCA Dragstrip is just $10 on Friday and $15 on Saturday, and all children 12 and under are admitted free with a paid adult. For more information on the Summit Racing Equipment Mid-West Drag Racing Series presented by J&A Service, visit www.midwestdragracingseries.com.