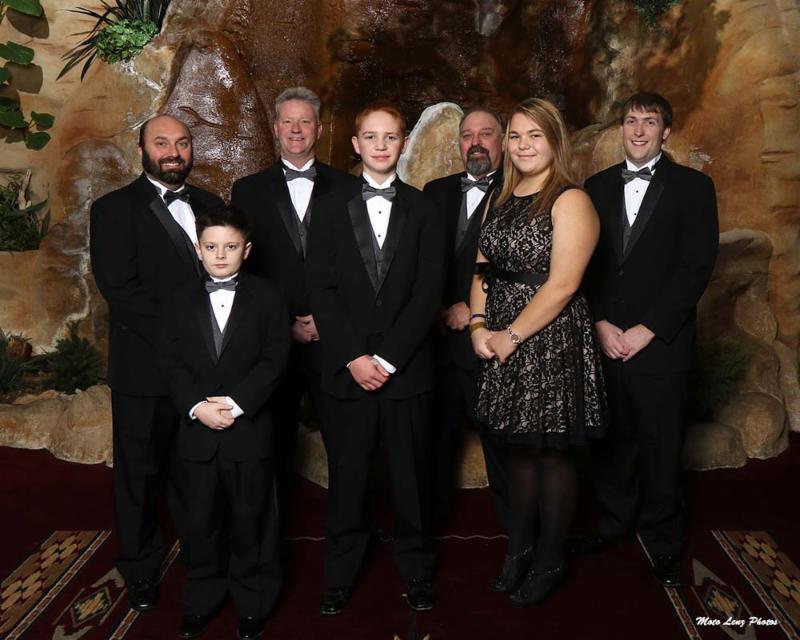 The remarkable accomplishments of the 2016 Summit Motorsports Park champions were celebrated at the 43rd Annual Accel Banquet of Champions at Sawmill Creek Resort in Huron, Ohio, on January 14, 2017. 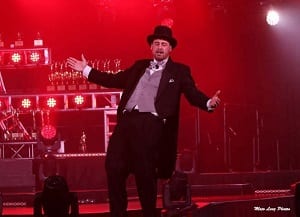 and sponsor sales and services specialist Bobbie Bader, delivered a comical musical monologue, and the Norwalk High School Quartet performed “The Star-Spangled Banner.” All were accompanied on stage by Mark Wells of Holley Performance Products. 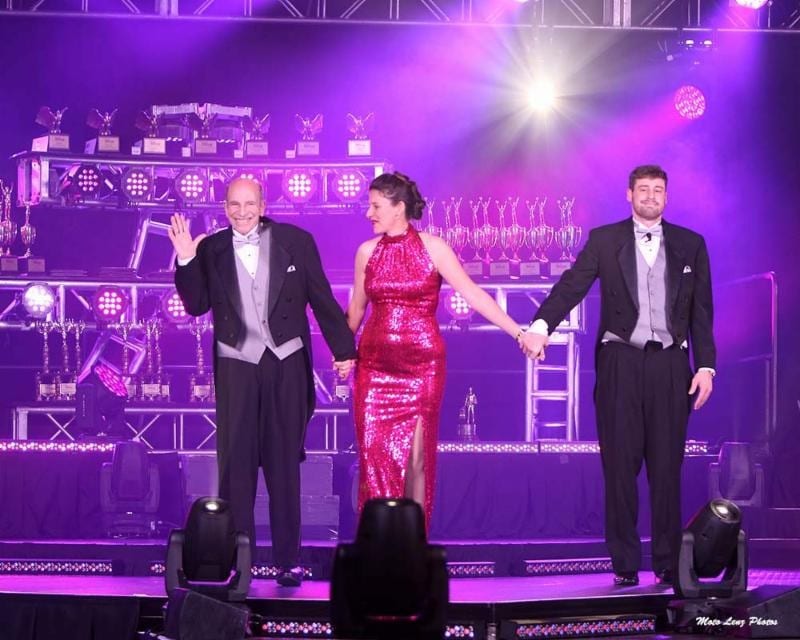 With Evan Bader as their team captain, they achieved a second place finish, and along the way, Super Pro driver Allen Moore earned a runner-up in the Sunoco Race of Champions, Pro driver Wes Buckley earned a win in the Sunoco Race of Champions and Wiseco/Cycle Tech Super Bike rider Kyle Dolamore won in the Bike category and as a result, went to the NHRA Summit Racing Series National Championship at Auto Club Raceway all the way in Pomona, California in November. 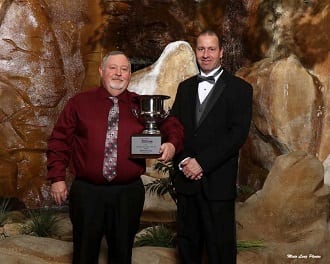 “Racing is only part of Dennis’ life,” said Bader, Sr. “The rest of his life is made up of family, community and faith, and he places real value on each of those.”

Additional award recipients included Don Hohler for Lifetime Achievement; TJ Jordan for Most Improved; Taylor Young for Rookie of the Year; Mike Davis of Moto Lenz for Appreciation Award; Hugh and Jill Goodale for Guy and Gal of the Year; Dornan Sales and Service for Sponsor of the Year and SealMaster for Manufacturer of the Year. Vic Ellinger was recognized as the 2016 IHRA Mod world championship.

The event also highlighted sportsman racing programs, including the Accel Super Series, which afforded top performers the opportunity to race for more than $53,000 in cash and the McIlvain Race Cars Super 64, which allowed qualifiers the opportunity to win from a total purse of $20,300. The R&R Auto Body Paint-My-Ride Program, Delivered on Time by TFC Transportation Bonus, Bear Motorsports Junior Dragster presented by Wiseco program and Summit Racing Equipment Shootout also were in the spotlight.

Anticipation is already mounting for the 2017 season, which opens with the 36th Annual Spring Warm-Up on April 15.