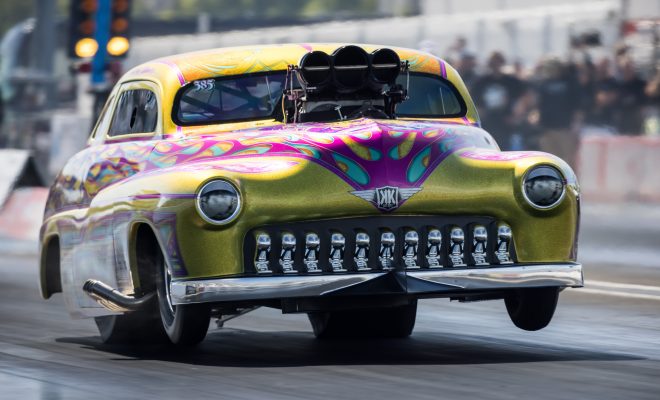 Despite hurdles and hindrances along the way, racers were resilient and resourceful from the first event of the year through the final event of the season, the 20th Annual NMCA World Street Finals presented by Chevrolet Performance, Sept. 23-26, 2021 at Lucas Oil Raceway in Indiana.

They hung tough in the Hoosier State while chasing points and championships, and they charmed and captivated the countless supporters who stood by them through thick and thin.

Fifteen VP Racing Lubricants Xtreme Pro Mod racers showed up with their eyes on the enticing NMCA Winner’s Circle and Edelbrock Victor awards. Among them was Ken Quartuccio, who set the pace in qualifying with a sizzling 3.66 in his Camaro. Quartuccio took out some serious competition on his way to the final round of eliminations to face Craig Sullivan and his “El Mero Mero” 1949 Mercury. It was an incredibly tight race, with Sullivan stopping the clocks at 3.691 at 202 mph and Quartuccio stopping the clocks at 3.697 at 197 mph, and Sullivan locked up his second VP Racing Lubricants Xtreme Pro Mod win in the car he just debuted in July.

Mickey Thompson Tires Street Outlaw saw Alan Felts fly to a 4.30 in his Mustang to lead qualifying, and later, he faced Steve Cagle for the final round of eliminations. Felts’ Mustang was off the starting line in a flash and he won with a 4.36 while Cagle’s Nova struck the tires.

Tripp Carter traveled to a 7.68 in his Mustang Cobra Jet to lead qualifying in Holley EFI Factory Super Cars, and he made it to the final round of eliminations to race Dennis Chaisson in his Drag Pak. The racers recorded comparable reaction times and it looked as though it was going to be anyone’s race, but Chaisson went to the NMCA Winner’s Circle with a 7.80 when smoke billowed from Carter’s car at the top end of the track and he was forced to lift.

David Fallon Jr. drove to a 4.28 in his Camaro to lead qualifying in ARP Nitrous Pro Street, but it was Jake Naumann and Kyle Salminen who  staged for the final round of eliminations.  Naumann won with a 4.36 in his Nova when Salmimen was forced to pump the pedal in his Camaro.

Dave Fiscus sailed to a 4.55 to set the pace in Edelbrock Xtreme Street qualifying, and faced Tim Knieriem in the final round of eliminations. Fiscus went through the traps at 4.52 in his Mustang and wheeled to the NMCA Winner’s Circle when Knieriem went -.003 red in his Mustang.

Dart NA 10.5 standout David Theisen, who went into a wild wheelie and wound up with some damaged parts under his Firebird early in the weekend, led the field with a 7.73 in qualifying, but the final round of eliminations featured Leonard Long and Richie Nye and their Mustangs. Long lapped up the win with an off-the-throttle 9.91 when Nye went -.003 red.

On a roll all season, Ronnie Hackelton stopped the clocks at 9.84 in his Camaro to set the pace in qualifying in Chevrolet Performance Stock presented by Scoggin Dickey Parts Center. Making it to the final round of eliminations, however, were Glenn Pushis and Kevin Lumsden. Pushis, in his home state, picked up the win with a 9.87 in his Camaro over Lumsden, who landed at 9.95 in his classic Camaro.

The super-exciting Coan Stock/Super Stock Combo final round pitted Bill Skillman against Pete Ricart. The racers were tight on the tree in their Mustang Cobra Jets, and Skillman rocketed to the win with an 8.66 on an 8.63 against Ricart’s 8.37 on an 8.11.

Quick Fuel Technology Nostalgia Super Stock had a massive turnout at this event. Casey Fauss-Johnson pushed through six rounds of eliminations to earn a trip to the NMCA Winner’s Circle with an 11.25 on an 11.25 index in a Plymouth, while Bruce Lang broke out with a 9.72 on a 9.75 index in his Barracuda.

Donald Fenlon ripped off a perfect .000 reaction time to lead qualifying in MagnaFuel Open Comp, where racers are remarkably dialed-in day after day. Mike Winters and Donald Fenlon made it to the final round of eliminations, and Winters wrapped up the win with a 10.09 on a 10.07 and Fenlon broke out with a 10.15 on a 10.17. 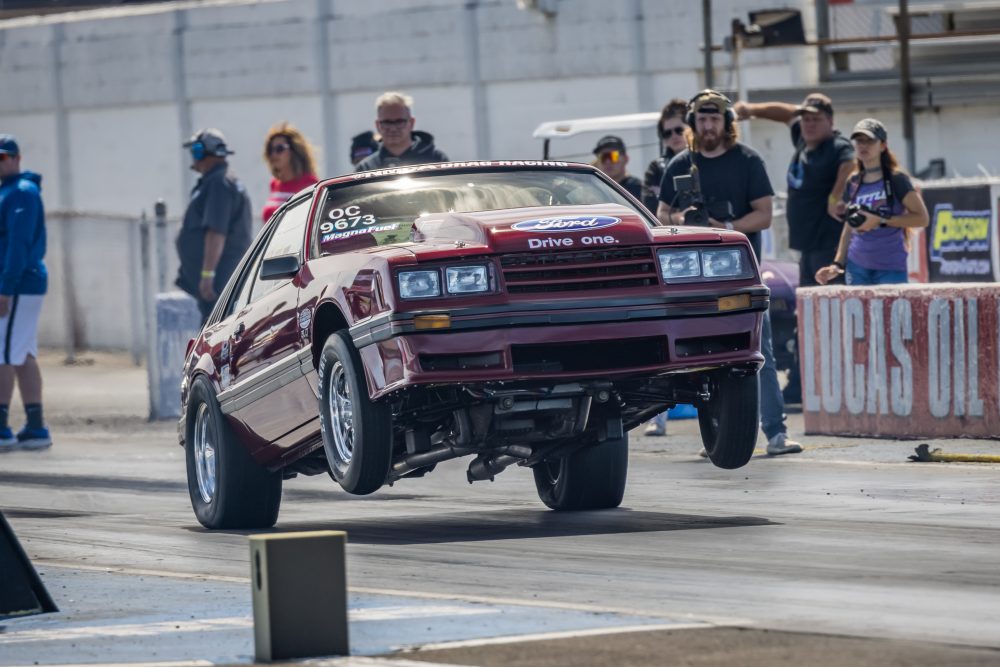 In LME Street King presented by Chevrolet Performance, Kurt Anderson wheelied his way to a 9.75 on a 9.75 index in his Camaro to lead qualifying. He gave fans another look at the underside of his car before running right on his index to defeat Austin Tewell, who ran on his 10.00 index in his Monte Carlo, but wasn’t quite as quick at the hit in the final round of eliminations.

Racers of the Motor City Muscle Challenge NA 9″, a heads-up, naturally aspirated class where cars roll on 9-inch tires, shared the stage with NMCA racers at this event. Richard Eldred led qualifying with an 8.80 in a Nova, and then nailed an 8.84 to edge out Ben Mens, who had a 9.10 in a Camaro, in the final round of eliminations.

The Dave Duell Nostalgia Super Stock Classic, which is named in memory of fellow racer and father of Quick Fuel Technology Nostalgia Super Stock/Coan Engineering Stock/Super Stock Combo driver Doug Duell, is a very special part of this annual event, and sees some of the coolest cars in the country. Michael Retford ran to the win with a .003 reaction time and a 10.30 on a 10.25 index in his Polara over Mike Moss, who broke out with a 10.23 on a 10.25 in his Biscayne.

Officials are carefully counting points in each category, and champions will officially be declared and celebrated on the NMCA and Race Pages Digital Websites, in Fastest Street Car and at the NMCA Awards Ceremony, held during the Performance Racing Industry Show, December 11, 2021 at the Indiana Convention Center in Indianapolis.

The NMCA Muscle Car Nationals congratulates racers on their amazing achievements, and thanks them for being part of this series.

A new season of NMCA Muscle Car Nationals will spool up with the 20th Annual Muscle Car Mayhem, March 17-20, 2022 at Bradenton Motorsports Park in Florida.