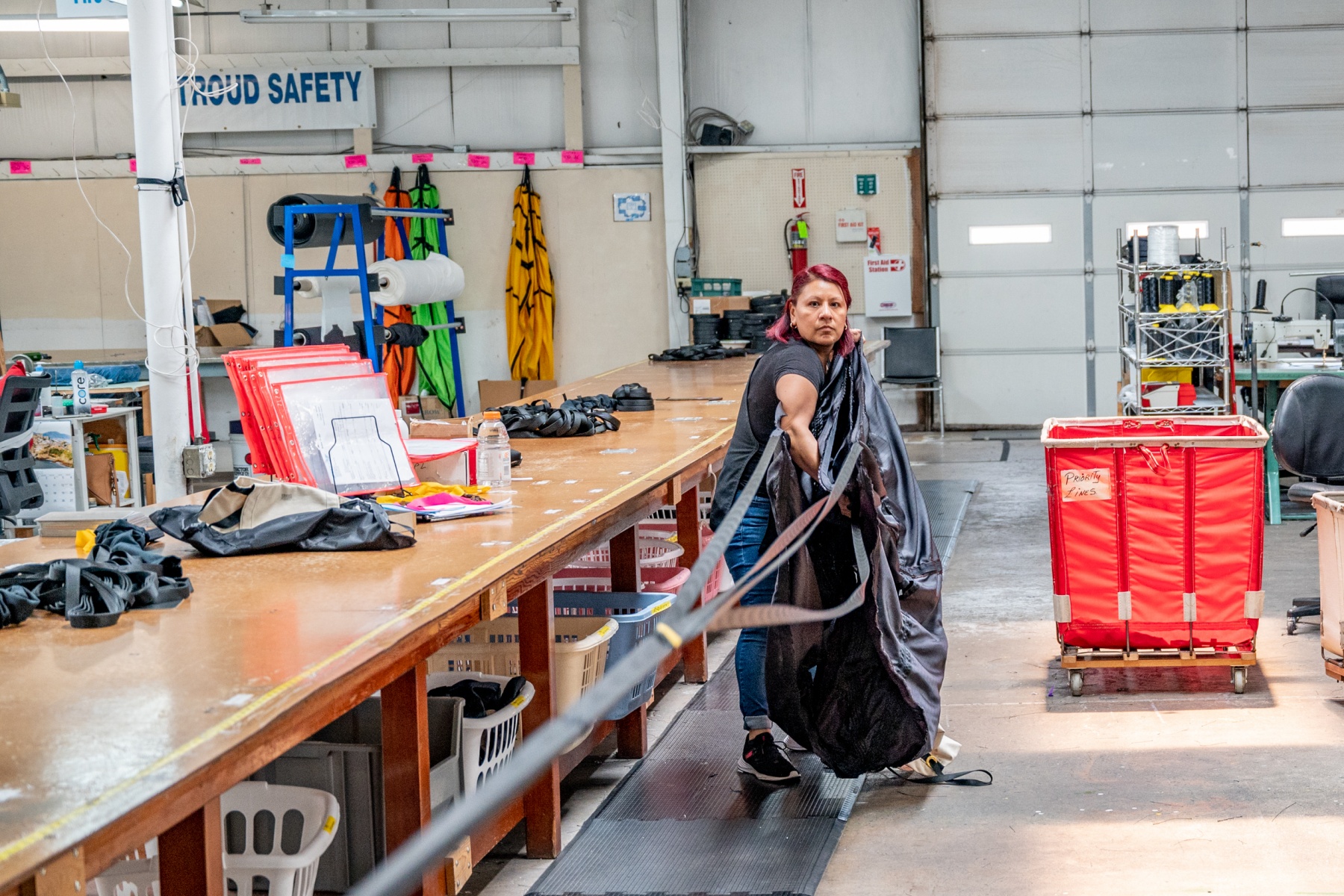 While this may be the Women of Power issue highlighting several women in our sport, the fact of the matter is there are so many deserving women, some who work behind the scenes to make our sport great.

[Editor’s Note: This story originally appeared in DI #176, the Women of Power Issue, in May/June of 2022. The author of this story, John DiBartolomeo, passed away after a courageous cancer battle just days before the issue went to print. The DI team extends our deepest condolences to John’s family and friends.]

Bob Stroud, a gearhead and paratrooper, began the company over 35 years ago as he was looking for a better parachute design that would help to slow down the ever-increasing speeds the cars of that day were running. Through his own unique method of testing, he found the answer, which has led Stroud Safety to not only offer parachutes but also other motorsports safety equipment. While Bob Stroud may have sold the company and officially retired, he still jumps out of perfectly good airplanes as a hobby quite often. 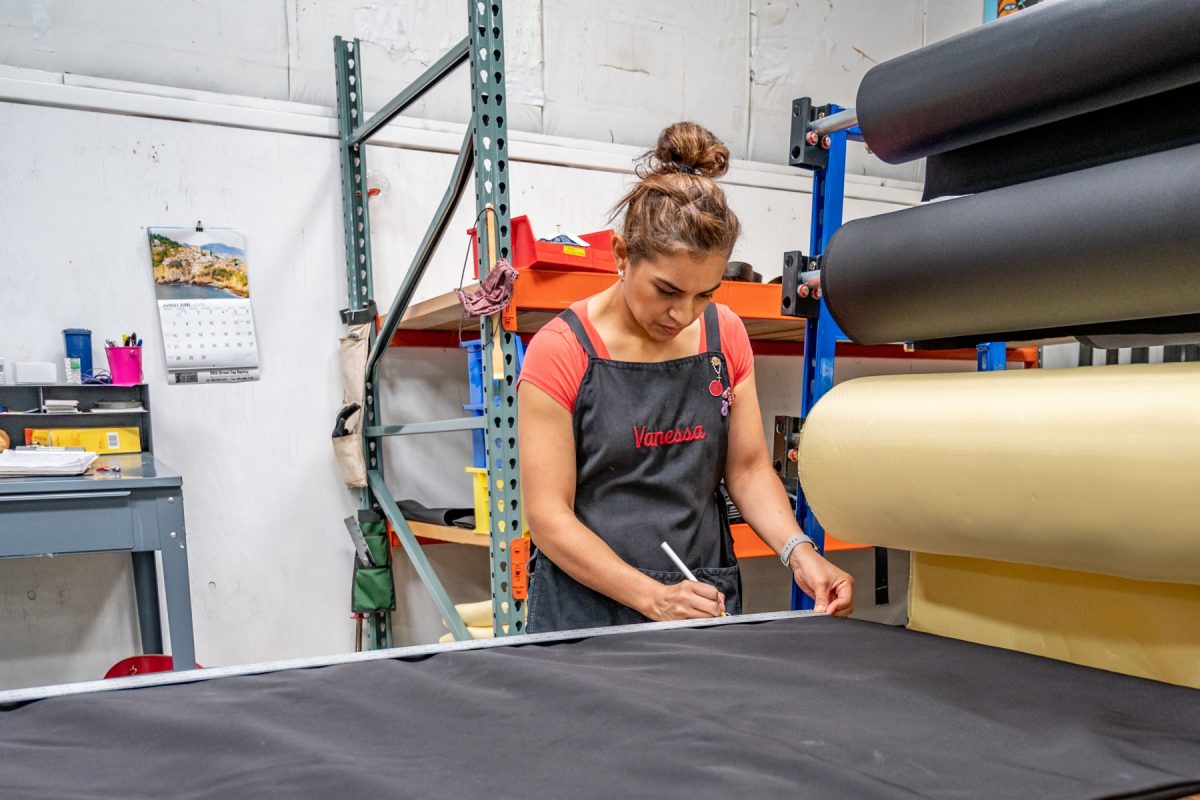 Cunningham Machine, owned by Tommy and Anita Cunningham, began supplying machined components for Stroud Safety years ago. “I guess it was sometime in late 2018 or early ’19 when Bob had mentioned he felt it was time to retire,” said Tommy. “He had such a great lineup of products, most of which we used on our own Pro Mod car. Bob and I finally came to a purchase agreement in late 2019. What we immediately put in place was our long-time philosophy of ‘If it ain’t broke, don’t fix it.’ Our commitment to excellence has remained even as we embark into new markets, such as off-road.”

It was Stroud who began the hiring of a number of women to produce his products. “As we have known for a while, but have really come to understand somewhat even more,” begins Anita, “the skill of sewing tends to lend itself to a female workforce. However, we recently interviewed a male for a sewing position. So, it’s definitely not a female vs. male scenario, but more of a specific level of skillset that we desire.

“As far as the attributes that best describe those women,” adds Anita, “it’s one of a caring philosophy, not only about our product, but each other and this company. I believe that this is also why each have such a large average of years with the company and we experience such a low turnover rate. The longest tenured position is held by Olympia Amador, who has been with Stroud for 22 years, with the average employee having been here for over 16 years.

“Everyone in that building in Oklahoma is Stroud,” Anita continues. “Tommy and I are just Stroud on paper, but it is our workforce whose attention to detail and the pride in their craft is tremendous and shows in the finished product. They are why we can say with pride, ‘Made in the USA!’ Without them, that phrase would be impossible. 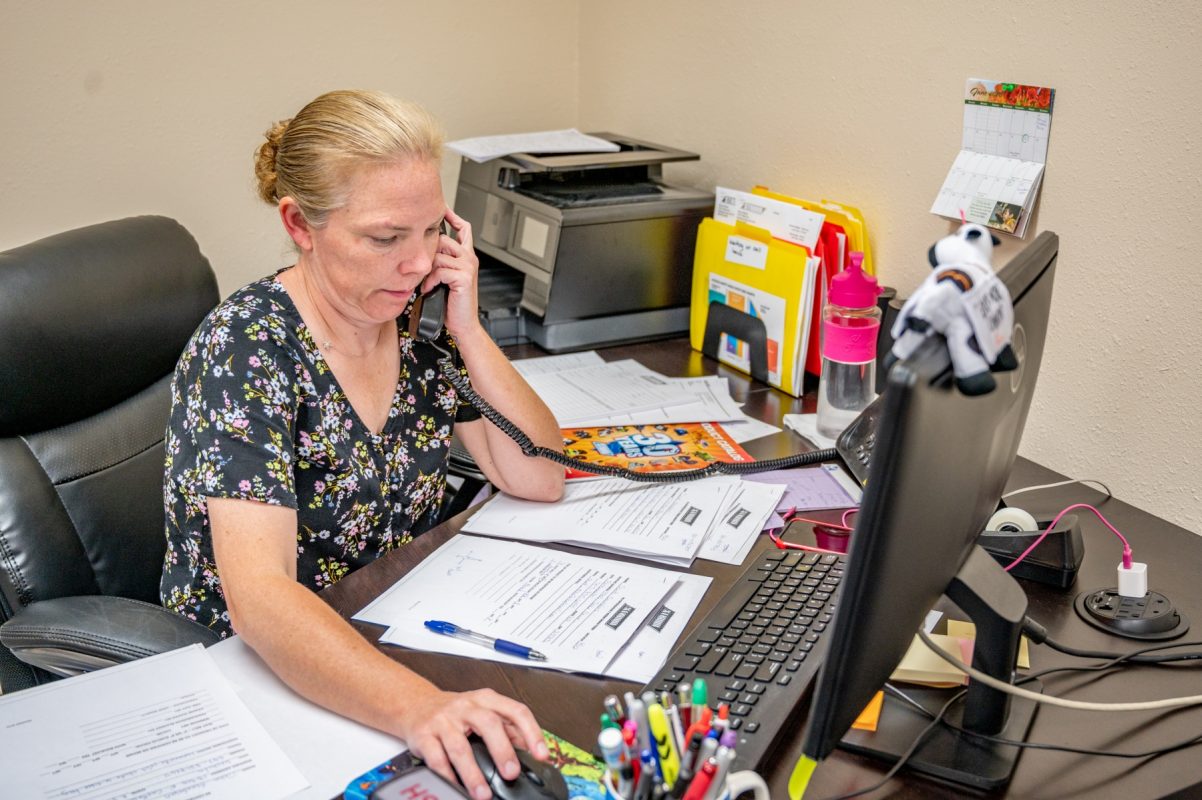 “Three of the women on that list work on the administrative and sales side of the business, but the rest of them work in production,” Anita adds. “Both in our machine shop business and at Stroud. We have some really good people who make us look good.”

As the Cunninghams continue to race their own Pro Mod throughout the Midwest, business is still on their minds 24/7. However, like a lot of us, drag racing has always been a part of the Cunningham family. “Depending on who you speak with, I was something like two or three weeks old when I was at my first race as my dad ran Super Stock with the NHRA,” Tommy says.

While the pandemic of the past two years had an effect on a lot of businesses, the Cunninghams were able to actually increase their business due in part to some judicious moves and purchasing of raw materials. “You can’t sell from an empty wagon,” Tommy says.

“We are grateful to have Bob as a consultant anytime we need to call on his years of experience,” Tommy adds.

As we have mentioned previously, there is a vast number of women who make the sport of drag racing great and Stroud Safety is just one such tribute to each and every one of them.