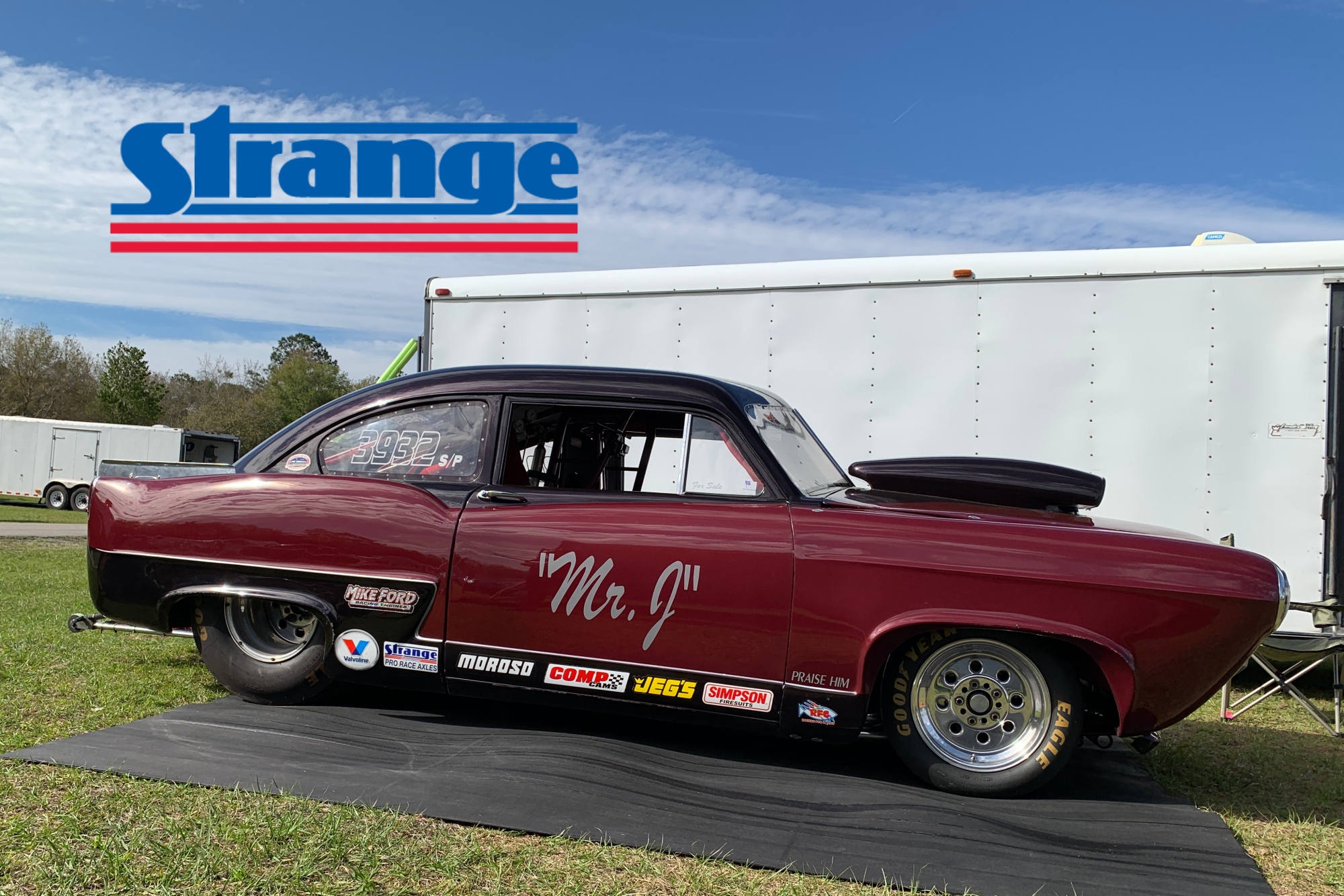 In support of its diehard sportsman racing customers, Strange Engineering has stepped up as the presenting sponsor of the sportsman classes at the inaugural Drag Illustrated World Doorslammer Nationals presented by CTech Manufacturing, race officials announced today. The driveline and suspension component manufacturer is also sponsoring Drag Illustrated’s behind-the-scenes social media video clips from the race.

“The sportsman racers have been our primary focus for as long as I can remember,” said J.C. Cascio, sales manager, Strange Engineering. “They’re by far the largest group of racers and they provide us the most feedback. As we evolve our product line, it’s based on the feedback from our sportsman racers. We’ve been associated with a lot of sportsman racers over the years.”

In the professional categories racing at the World Doorslammer Nationals, Strange’s customers include the Elite Motorsports and KB Racing teams in Pro Stock, as well as 2018 world champion Mike Janis and defending world champion Stevie “Fast” Jackson in Pro Mod.

“As these sportsman cars continue to get quicker and faster, specifically in Top Sportsman, so much of the technology we develop in Pro Stock and Pro Mod actually trickles back to the sportsman products,” Cascio said. “These groups of racers play a key role in what we do here at Strange Engineering.”

Strange Engineering, a longtime Drag Illustrated advertiser and supporter of Drag Illustrated Media events, will also present the magazine’s behind-the-scenes video clips that will be posted on the Drag Illustrated Facebook page. The videos featuring DI founder and editorial director Wes Buck and his team will give fans at home a look at what it takes to put on the event.

“Our relationship with Drag Illustrated and Wes has always been a really good one,” Cascio said. “We put a lot of faith behind the DI team and the projects they’re involved in. Events like this that highlight these classes are definitely needed and well-appreciated by the racers and the sponsors. It was an easy decision for us to be involved in this race. Because of the people behind the event, we know it will be successful.”

Qualifying for the Drag Illustrated World Doorslammer Nationals presented by CTech Manufacturing includes one session at 6 p.m. on Friday, three on Saturday at 12, 3 and 6 p.m., and eliminations begin at 11 a.m. on Sunday. It will all be streamed live on SpeedVideo.com.