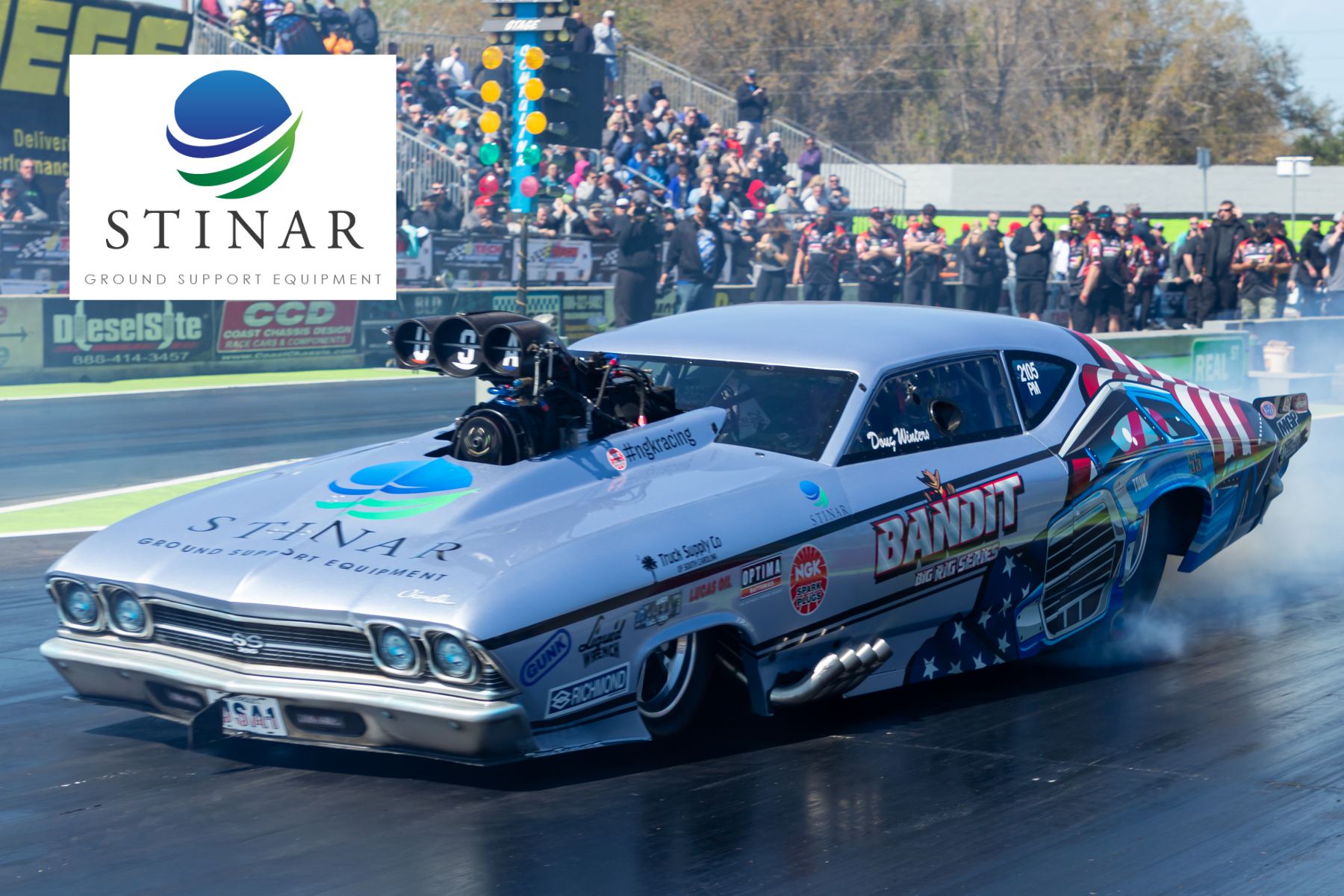 Pro Mod veteran Doug Winters has formed a strong partnership with Stinar, which delivers high-quality aviation ground support equipment to commercial and government agencies, and the company will again be his primary sponsor for the 2021 season.

One of the big selling points for Winters is bringing Stinar customers to events, giving them the chance to see the thrill of doorslammer racing. That’s never more apparent than next week’s CTECH World Doorslammer Nationals presented by JEGS, which puts the spotlight on Pro Stock and Pro Mod in a major way.

The second annual race at Orlando Speed World Dragway has become such a must-see event that Stinar has also signed on as an event sponsor, adding even more excitement for Winters, who is eager to try and pilot his supercharger-powered ’69 Chevelle to the $50,000 prize.

“Stinar definitely has a passion for Pro Mod racing and the demographics of their customers and racing in general allows us to provide an avenue to entertain them,” Winters said. “For this race, it’s promoting Pro Mod at its highest level and that’s one reason they wanted to be part of it. It’s a professional race, but also a relaxed atmosphere. That’s hard to do and do a good job of it, and from a performance perspective it’s at a good track with good air.

“It’s almost like NASCAR’s Daytona for us where it’s one of the biggest races of the year and it’s also the first race.”

The Pro Mod season will certainly start the year in impressive fashion at Orlando Speed World Dragway and Winters is thrilled Stinar will be involved in a number of different capacities.

They came on board with him last year, stuck with Winters through the COVID-19 pandemic, enjoyed some good moments with him late in the NHRA Pro Mod season and returned in 2021, also agreeing to be a sponsor for the CTECH World Doorslammer Nationals presented by JEGS.

It’s been a worthwhile relationship already for Winters, who has reveled in putting on a show for customers of Stinar, which has built a strong track record as a world-class supplier of ground support equipment throughout the aviation industry for 70 years.

“You go to areas like Orlando, they get in touch with local customers and they come out to the race. You get them in the pit area, show them the car, have some hospitality and they see the car run, and it’s all really exciting for them,” Winters said. “We show them a good time and it ties into being a Stinar customer, and they’re a customer for life.”

Celebrating a $50,000 victory would be an ideal way to cap off the weekend for Winters as well.

While the class was off from March through July last year due to the pandemic, Winters and his team were hard at work. Unfortunately, the rash of changes they made sent the team spiraling and searching for answers. They finally found them late in the year and Winters is sticking with what he knows that works heading into this season.

He’s confident he can open the year strong in Orlando, especially with the Pro Mod class moving to manual shifting in 2021. Winters was a big proponent of the change and he believes it gives the racing another exciting element — as well as an old-school feel.

“We’re definitely excited about that change. Going into Q1, I think there’s going to be a lot of people on the starting line to see who misses,” Winters said. “We feel a lot better than we did last year. We got back to being competitive at the end of the year and we’ve just built on that baseline.

“Plus, when you’re the main attraction or the headliner with Pro Stock at an event like this, it’s a win-win for everybody. Everybody is there to see you, and that enthusiasm and attention is just great. We’re really looking forward to it.”