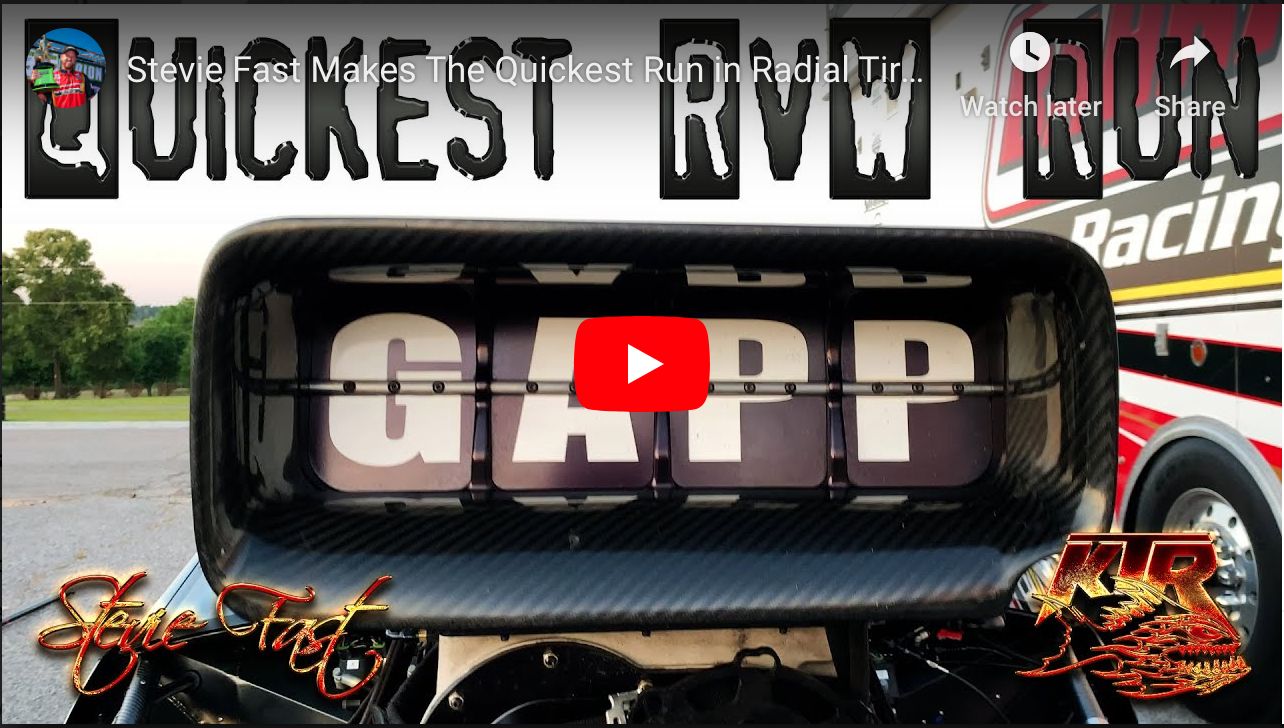 It didn’t take long for everyone to see Stevie “Fast” Jackson has been spending his quarantine time productively.

In a new video that premiered on Jackson’s YouTube page on Saturday, the reigning NHRA Pro Mod world champ and Lights Out 11 winner sent shockwaves through the racing world by making the quickest run in Radial vs. the World history.

It came during a private test session on Tuesday, where Jackson posted a surreal run of 3.539-seconds at 214.31 mph in the Shadow 2.0. It was the second test hit of the day at Carolina Dragway, and the blast proved whatever work Jackson and his team have been doing during the down time has paid off.

“Every once in a while, a man has to come out out of quarantine, take his little street car with his street tires and make a couple test pokes – and just reminds everybody it is still the baddest one there is,” Jackson said in the video.

The post-quarantine off the trailer run at the “House of Hook” wasn’t bad, either, as Jackson crushed his way to a 3.562 at 212.69 in the blown Camaro that has dominated the RvW scene as of late.

Jackson was impressed with that run – adding in a few jokes during the video along the way – and then stepped it up a notch just a little bit later.

The key? Well, Jackson took an interest route on that one.

“The key to all performance is pizza,” Jackson joked. “If you don’t like pizza and you don’t eat enough pizza, your race car cannot set a world record.”

After Tuesday’s incredible performance, it looks like Jackson is doing just fine in that regard as well.

The run included a killer .905 60-foot time, while Jackson went 2.387 to the 330-foot mark. It hauled out the back end to snag the quickest run in RvW history, simply adding to the anticipation we all have with racing currently on hold.

It also begs the question – if we get back to racing, of course: Can Jackson reach the 3.40s this year in radial tires? It certainly doesn’t seem out of the question after watching this.

Be sure to check back on Monday for an exclusive interview with Jackson on how he’s kept busy, the need for the industry to get back to racing and getting his championship-winning Pro Mod put back together after the crash in Orlando at the World Doorslammer Nationals. 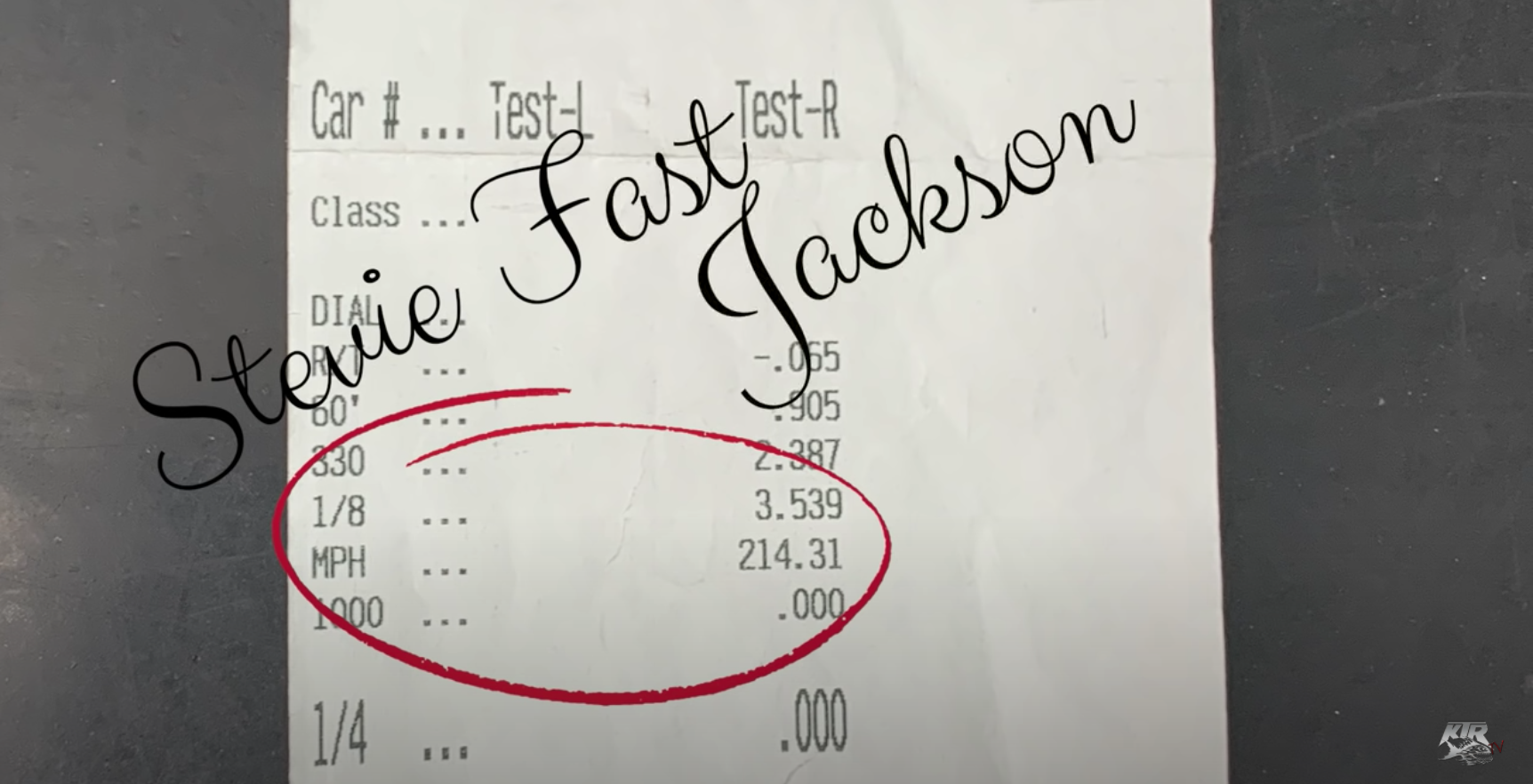