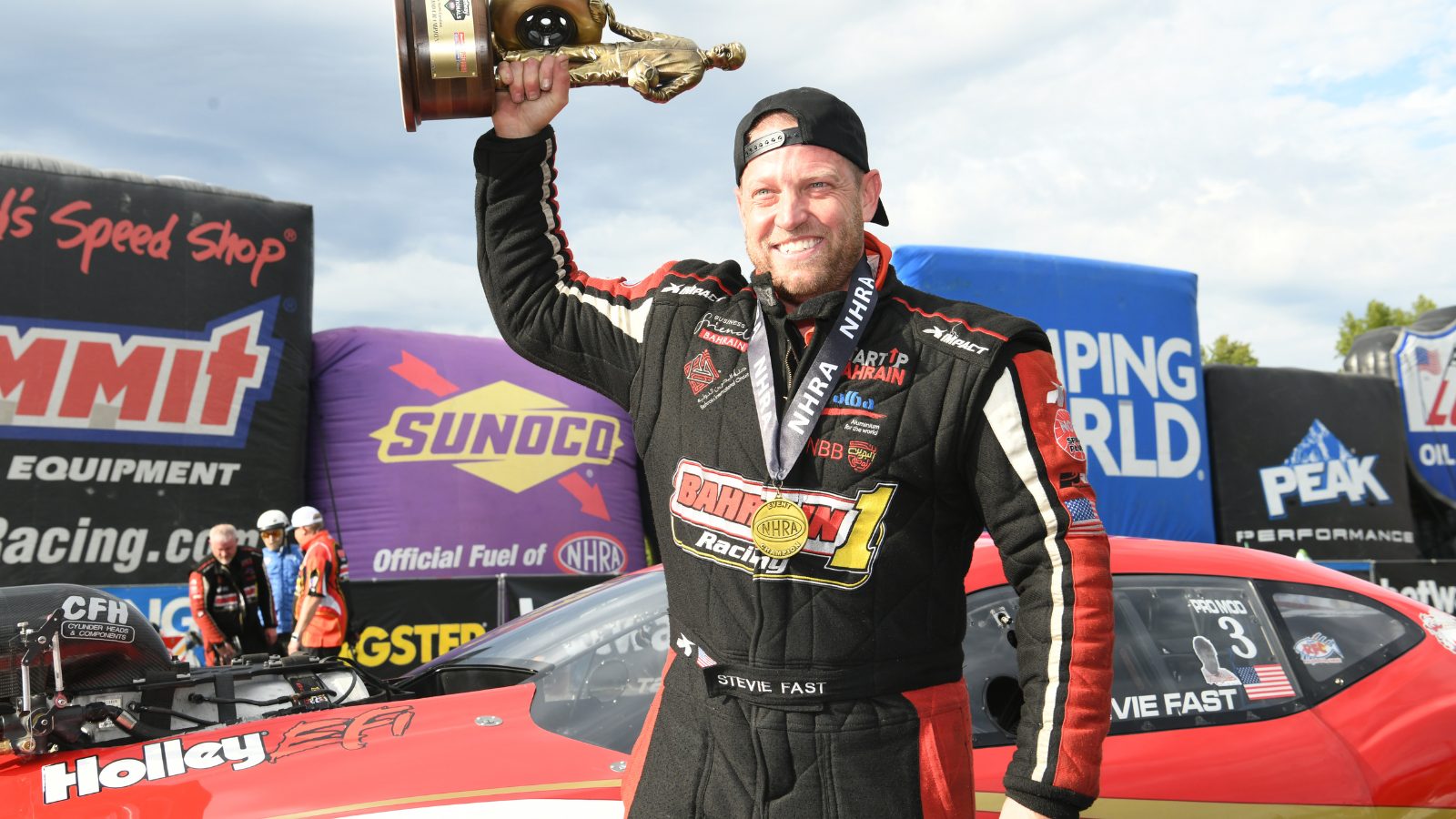 Two-time world champion Stevie “Fast” Jackson picked up his first win in the FuelTech NHRA Pro Mod Drag Racing Series presented by D-Wagon since early in the 2021 season, driving to an impressive victory on Sunday at zMAX Dragway as part of the 14th annual Betway NHRA Carolina Nationals.

The event, which was powered by Pee Dee Fleet, was the eighth of 10 races during the 2022 FuelTech NHRA Pro Mod Drag Racing Series presented by D-Wagon season. Jackson came to life at the perfect time, beating Topeka winner Justin Bond in the final round with his pass of 5.715-seconds at 254.62 mph in his screwblower-powered Bahrain 1 Racing Camaro.

That was Jackson’s quickest run of the weekend, giving the talented driver his 12th career victory and first since the four-wide race at Charlotte early in the 2021 campaign. To reach the finals, Jackson, who qualified fifth, knocked off Khalid AlBalooshi, Indy winner Lyle Barnett and defending world champion Jose Gonzalez, posting back-to-back reaction times of .016 and .017 to reach the championship round.

He led wire-to-wire against Bond, getting a crucial win that also pulled him to within 125 points of leader Kris Thorne with two races remaining this season.

“I didn’t know if we still knew how to win. The NHRA Pro Mod class has the absolute best competitors in the world, and this is the top of the heap,” Jackson said. “You get your teeth kicked in by these guys for a year and a half and you’re not sure if you’ll win another one. I feel like I drove pretty well, and we got a tremendous outpouring of support from the fans, and to get this win, it means a lot and we’re about to celebrate. This was an awesome event and we’re going to keep swinging at it.”