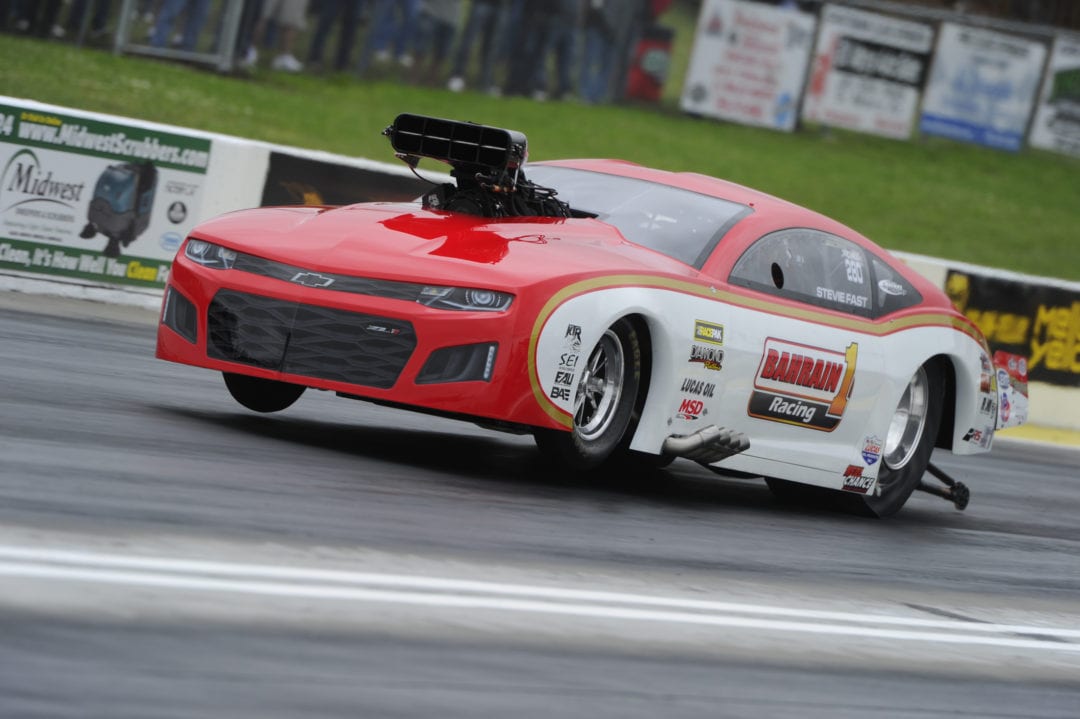 The final was a rematch from the event in Atlanta and marked the third consecutive final round appearance for Castellana. Jackson, who has built a sizable fan following after ample success in the eighth-mile radial tire world, had a better reaction time and was able to hold off Castellana for the win. Jackson posted a winning time of 5.794-seconds at 248.48 to the trailing time of 5.857 at 250.64.

This was the second final round for Jackson who made his NHRA J&A Service Pro Mod Series debut in Gainesville.

“It’s just as special as I thought it’d be,” Jackson said. “I honestly didn’t think it’d come this quickly. The guys we were racing were an awesome team. We’ve got good funding and really good support behind me. Sheik Abdula is an absolute dream boss to race for. In the good times and bad times he’s with us. Everybody that’s over there in Bahrain, I told you we were gonna get ’em.”