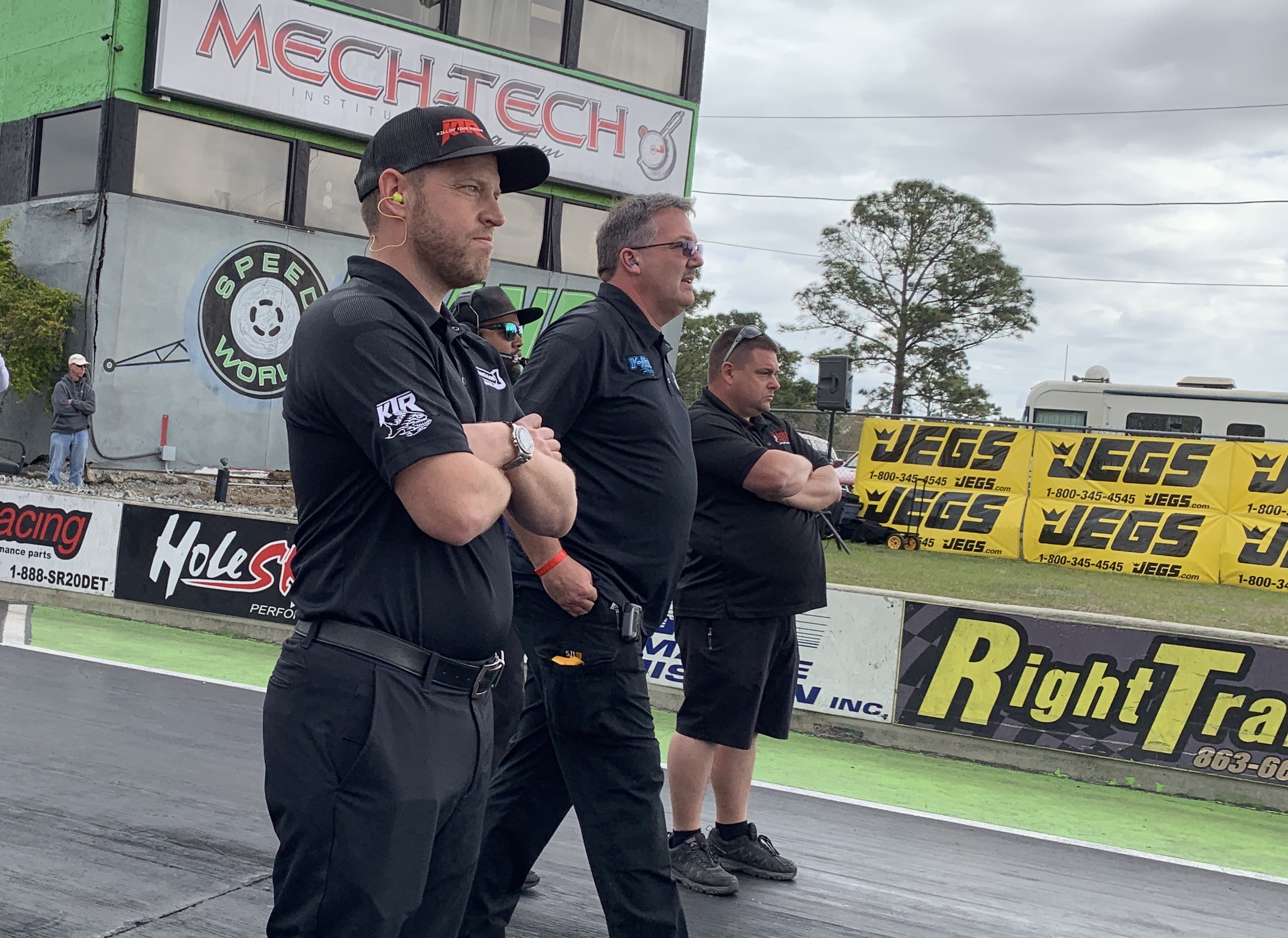 After winning the 2019 NHRA Pro Mod world championship and a couple major Radial vs. the World races to start the 2020 season, Stevie “Fast” Jackson was a heavy favorite to go rounds at the inaugural Drag Illustrated World Doorslammer Nationals presented by CTech Manufacturing at Orlando Speed World Dragway.

But Jackson’s race day at Orlando ended in the first round with a loss that was compounded by a top-end crash when his parachutes lifted the rear of the car and pitched it sideways, ultimately sending Jackson into the left-side wall.

“I’m always typically early on the ‘chutes, and I was this time too,” Jackson said in the pits just a few hours after the incident. “On the video, the parachutes look like they hit each other and one of them blossomed. When it blossomed, it snatched the car up in the air. The driveshaft goes to basically zero in the back. The car’s bouncing around, got a bunch of lateral. You’re eating up ground at a rapid rate of speed.”

“I got on the brakes, started sliding a little, come off the brakes, and at that point the car pitched sideways and was kind of sliding,” Jackson continued. “Self-preservation takes over and you just hit the brakes. When something like that happens, the car is either going into the wall or into the net. You kinda gotta decide your path.”

Jackson’s path certainly wasn’t ideal, but he was quick to point out that it wasn’t the worst thing that could’ve happened in that situation.

“It’s unfortunate,” Jackson said. “Not near as bad as it could’ve been. It was close to rolling over, which would’ve been bad bad. It looks like it needs to be front-halved, a little body work and we’ll get her patched up.”

As for Jackson’s personal condition, he reported only minor bruises around the shoulder belts. In fact, he was back up on the starting line for J&A Service teammate Jim Whiteley’s pairing around 30 minutes after crashing.

“It was only a negative 8-g impact when it hit the wall, which sounds like a lot to the people at home,” Jackson said. “But when I crashed in Charlotte [in 2018] it was negative 80 when it knocked me out. This was pretty much like a 50-mph fender bender on the highway. No injuries. Much more mentally injured than I am physically because this is a pretty bad time of the year for that to happen.”

Before the crash, Jackson and his Bahrain 1 Racing team were preparing to kick off their E3 Spark Plugs NHRA Pro Mod presented by J&A Service championship defense season at the NHRA Gatornationals in Gainesville, Florida, this weekend. But with just a few days between the World Doorslammer Nationals and the Gatornationals, Jackson’s options for making the race are limited.

“I have no plan yet,” Jackson said. “We’ve discussed a bunch of options, looked at borrowing, renting, stealing, leasing a car. I definitely will not be in our championship car for Gainesville. We’re going to try to get it repaired and have it out by Charlotte, but I have zero plan for next week.”

The fan-favorite driver was clearly dejected after losing first round and crashing his prized ’19 Camaro, but he also had an optimistic look at the big-picture view.

“It’s good to see everybody out here having a good time at this event,” Jackson said. “The stands were packed both days, Saturday and Sunday. It’s awesome to race in front of a packed house. Ozzy Moya, Wade Rich, all the Elite group, with Drag Illustrated promoting this event, it was awesome.”

“I hate it for everybody who came a great distance to watch us race,” Jackson added. “I feel more weight on my shoulders from letting them down than I do from losing myself. But we’ll get it patched back up, and I wouldn’t bet against us.”