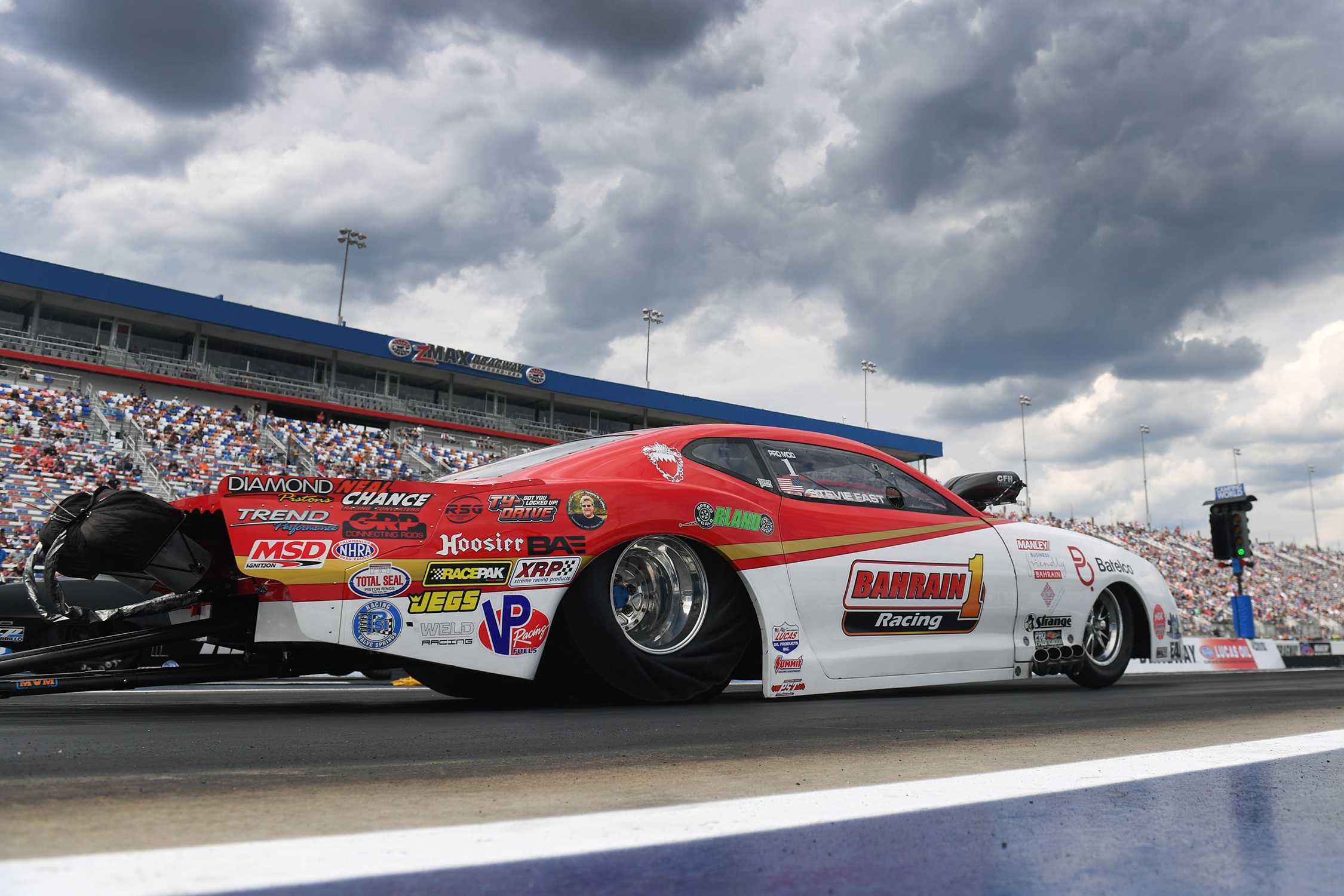 After losing on a holeshot in the final round of the previous event in the E3 Spark Plugs NHRA Pro Mod Drag Racing Series, two-time defending world champ Stevie “Fast” Jackson made up for it on Sunday, winning in the final-round quad at zMAX Dragway.

The race was the third event of the 2021 E3 Spark Plugs NHRA Pro Mod Drag Racing Series presented by J&A Service season, and Jackson picked up his first victory of the season and the 11th in his standout career.

He went an impressive 5.685-seconds at 253.75 mph in his blown Bahrain 1 Racing Camaro, racing past a final-round quad that also included Brandon Snider, Mike Castellana and Jeffery Barker. Castellana broke before staging, while Barker ran into trouble early in the run. Snider went 5.717 at 250.97, but Jackson had the lead early and never relinquished it en route to a satisfying victory.

“This was an emotional weekend for our team. Lane four almost killed me in 2018 and to conquer the four-wide in lane four (this year) with all of our amazing fans here to support us was amazing,” Jackson said. “Our Bahrain 1 Racing team has shifted this thing into high gear, and the rest of the season is going to be a shootout.”

The victory also handed Jackson his first four-wide victory after appearing in the final round at both 2019 and 2018. Jackson crashed just past the finish line in 2018, giving the standout plenty of redemption with his victory on Sunday. After qualifying fourth, Jackson won his first-round quad and finished second in the next round to advance to the final round, going 5.696 at 253.28 in the semifinal quad.