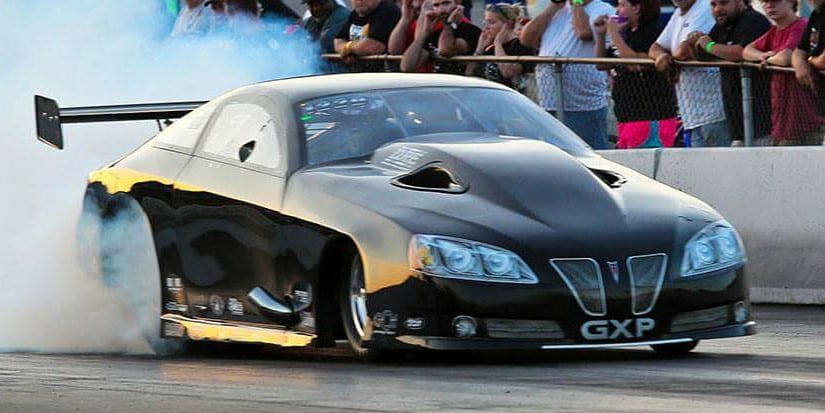 In a surprise move that DRAG ILLUSTRATED learned of in the weeks leading up to the 63rd annual NHRA U.S. Nationals in Indianapolis, highly-popular driver and tuner Steve “Stevie Fast” Jackson and Bahrain 1 Racing will add a third car to their stable of J&A Service NHRA Pro Mods starting with the upcoming NHRA Carolina Nationals in Charlotte.

“Oh, we are excited alright,” started Jackson, smiling ear-to-ear while explaining the Bahrain 1 Racing’s teams intentions for the project. “We started the season with Balooshi in a nitrous car and me in the blower car, and we knew throughout the year there’d be times where we had the advantage or they had the advantage or whatever the case may be. Now, with this turbo car, we’ll be able to see firsthand where it stands compared to our other cars and what we’re able to do with it on the drag strip.

“It’s an experiment,” he quipped, wrapping up the thought.

Jeffrey Barker, pegged as the driver of the Gary Naughton Race Cars-built, 115-inch wheelbase, dual frame rail Pontiac, is the perfect fit for the project.

“Jeffrey and I have known each other for quite awhile, and I believe he’s one of the best natural driving talents that I’ve ever worked with or been exposed to,” explained Jackson. “He’s a great guy, first and foremost, but he’s a legitimate championship-caliber driver that is a perfect fit for what we’re trying to accomplish.”

Asked if he’d be interested in driving the car himself in the future, or if he had already in testing, Jackson was quick to snuff out the idea.
“No, no chance,” said Jackson. “We just want to learn with this project and we’re thankful for all of our sponsors – especially Bahrain 1 Racing, SEI Oilfields – for supporting this crazy idea to see for ourselves what the competition is working with.”

Barker, who is accustom to a considerable amount of success on the quarter-mile, welcomes the challenge that will be the role of test pilot for Bahrain 1 Racing’s new entry.

“First off, I’m just humbled and honored that Stevie thought of me,” said Barker, who also hails from the state of Georgia. “I’ve always enjoyed being around Stevie and I’ve learned a lot from him over the years, and I’m excited to go racing together – especially on this level. Whether it’s just in Charlotte, or a few races beyond that – or if it extends into 2018, I don’t know – but I’m excited to see what happens.

“I’ve actually never started or staged a turbo car, but I’m looking forward to the challenge,” continued Barker, who is already on the entry list for the upcoming NHRA national event at zMAX Dragway. “We have the car in our shop now and are working to be fully prepared for Charlotte. Again, I’m very thankful for the opportunity, especially to Bahrain 1 Racing for believing in my like this.”

While initial testing has been limited, Jackson indicated that the car had already shown tremendous promise.

“We took the car out last week, had Balooshi drive it and made three really good laps – each better than the last,” said Jackson. “Obviously, we don’t have the experience or the data with the combination that we do with our other cars, but we’re already blown away by what you can do with one of these silly things. We drove it back to the pits. It’s going to be interesting. We get a handle on this thing and the sandbagging is coming to an end – that’s a fact.”