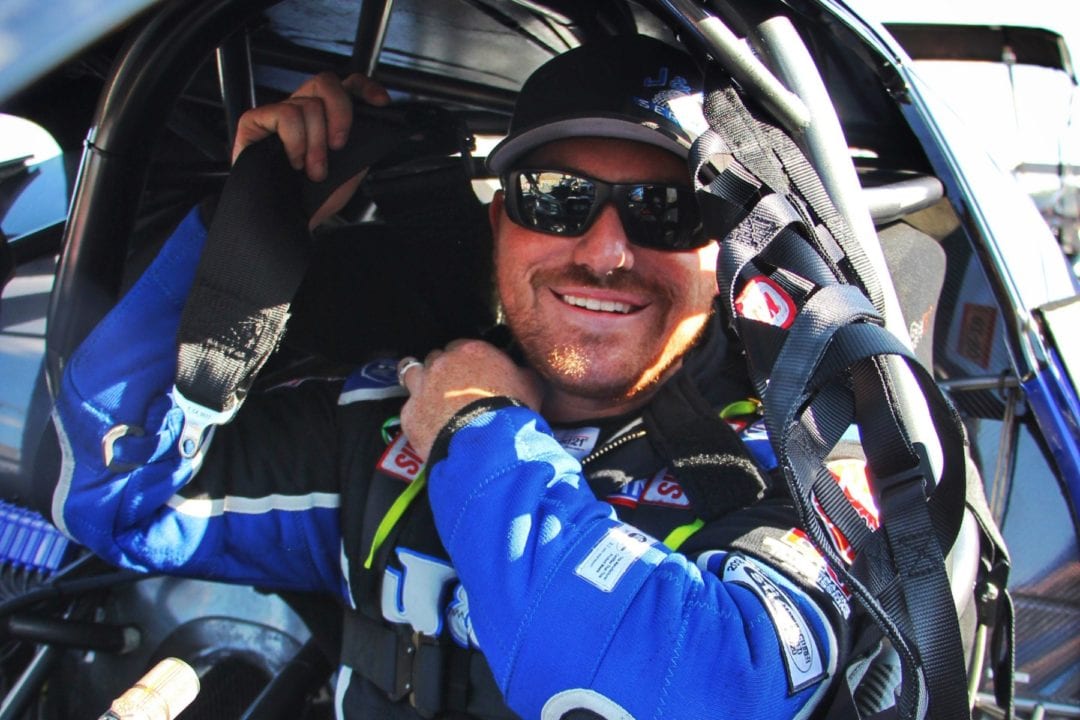 Steven Whiteley has experienced success since debuting his new 2018 J&A Service ZL1 Camaro and is looking to capitalize off of the success at this weekend’s 64th annual Chevrolet Performance U.S. Nationals.

Whiteley has qualified in the top half of the E3 Spark Plugs NHRA Pro Mod Drag Racing Series ladder at every event he has entered with the Camaro, but has yet to transfer his qualifying success into eliminations.

“We didn’t expect to see the car performing as well as it has in qualifying as early as it did,” the father of two said. “Normally there is a learning curve and I believe what we are learning now is the difference between how the car reacts in qualifying verse eliminations as well as making the correct decisions when the time comes.”

“The new setup takes me back to my Top Sportsman days,” Whiteley said. “I amstill adapting to it in the Camaro, but feel confident with the results it has produced so far and hope to go rounds with it this weekend in Indy.”