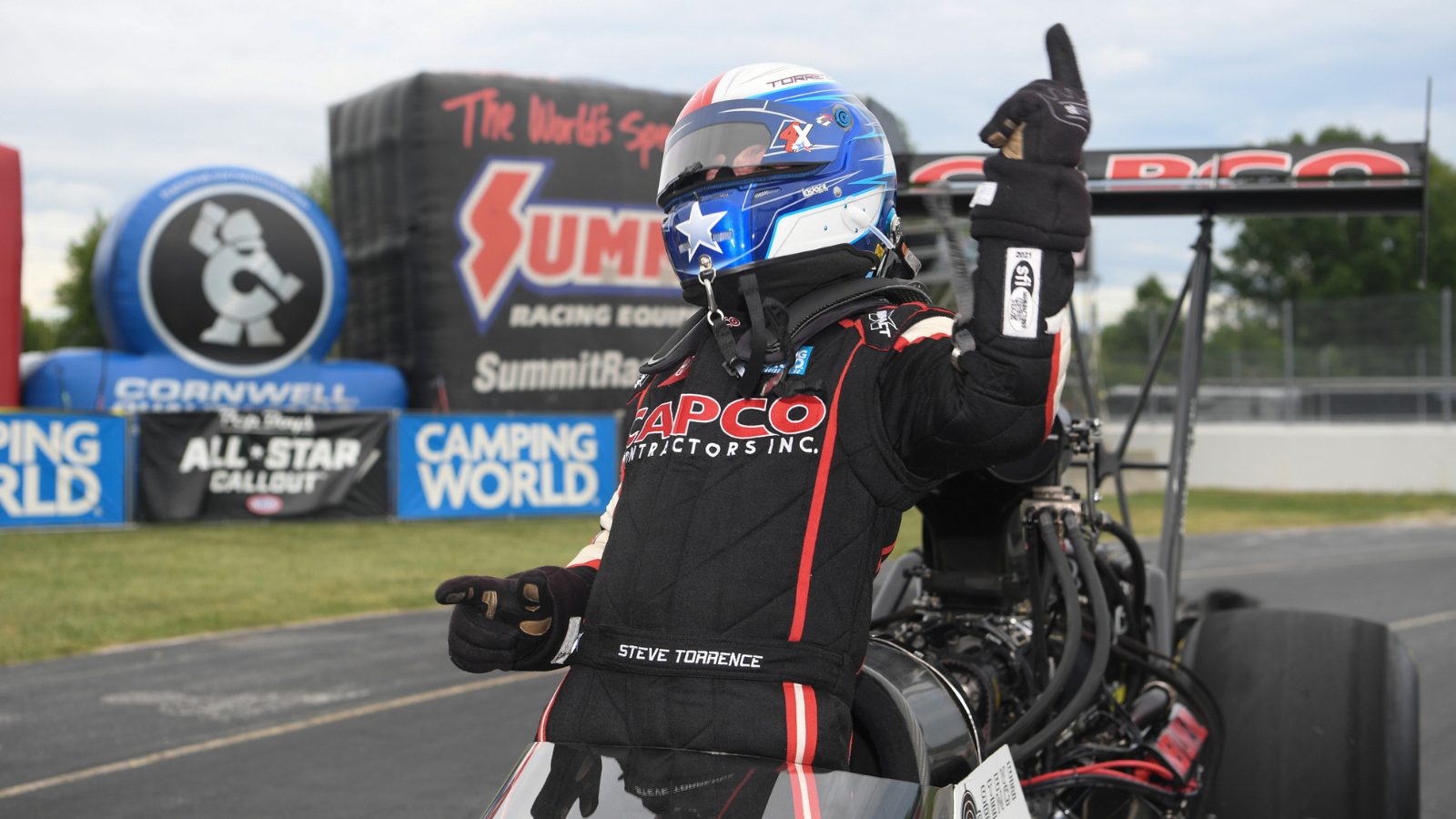 Six months after winning his first match in the inaugural Pep Boys All Star Call Out, Steve Torrence closed the deal Saturday almost 900 miles from where it all began, beating Brittany Force in the final round at Lucas Oil Indianapolis Raceway Park in what could have been a prelude to Monday’s 68th annual NHRA U.S. Nationals in which he is the defending champion.

After using an .037 of a second reaction time to help him get past provisional No. 1 qualifier Justin Ashley in Saturday’s semifinal round, Torrence grabbed a .033 of a second starting line advantage before riding a 3.692 second time from his Capco Contractors entry to victory against Force.

“These Capco Boys are just unbelievable,” Torrence said of a crew led by Richard Hogan and Bobby Lagana Jr., “and, thankfully, today I was able to do my part.  That’s what’s been missing this year – when the car’s been good, the driver hasn’t and vice-versa. Today, everybody was on his game and, hopefully, that’s something we can carry over to Monday.”

It was the second consecutive All-Star success for the 39-year-old Texan even though it came five years and one day after he won his last.

Torrence was the last Top Fuel winner of the Traxxas Nitro Shootout, which was mothballed after the 2017 season.

Pep Boys resurrected the race this year but with its own unique twist, one that gave the top seeded drivers the option of “calling out” the opponents of their choice.

The four-time reigning series champion, Torrence beat Leah Pruett in the first round at Gainesville, Fla., on March 13 before rain halted the competition and forced the lengthy postponement.

For Torrence, the $80,000 payoff may have come 174 days late but it still sends him into Monday’s main event riding a wave of momentum in a dragster in which he won the Lucas Oil Nationals at Brainerd, Minn., two weeks ago, ending the second longest winless streak of his pro career.