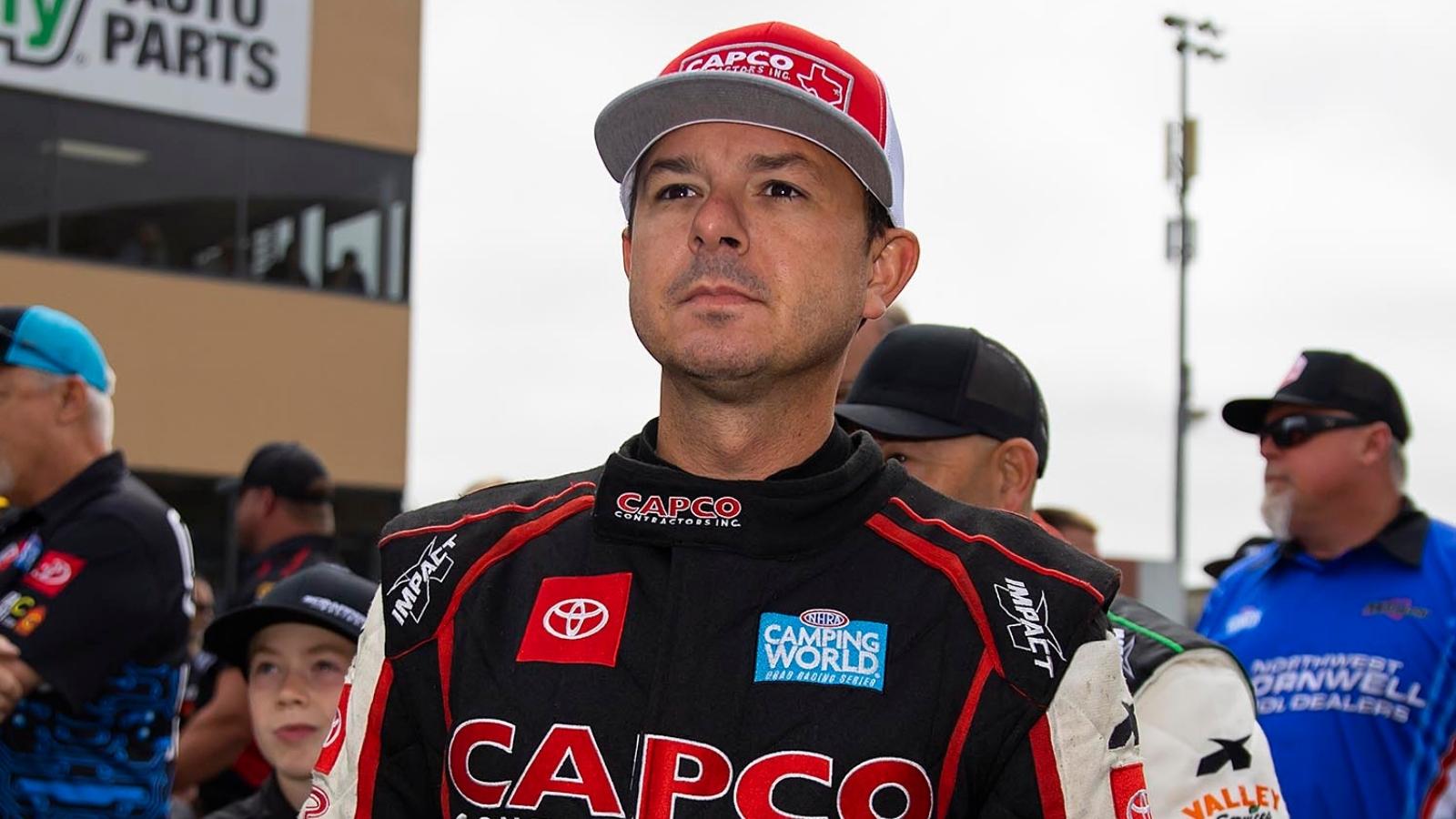 If timing is everything, then Steve Torrence is right on schedule as he chases history this year at the wheel of a Capco Contractors dragster he will drive this week in defense of the Top Fuel championship in the 40th renewal of the Lucas Oil Nationals at Brainerd International Raceway.

Although he is winless on the season, the longest he has been shut out of the winners’ circle since 2015, the four-time reigning NHRA champion has begun to show flashes of the form that made him almost unbeatable the last five seasons when he and his “Capco Boys” won almost every other start on the NHRA’s Camping World tour.

In fact, coming off a runner-up performance last week at Topeka, Kan., that included quality round wins over Tony Schumacher and Mike Salinas, the quickest time of eliminations (3.771 seconds) and top speed of the event (325.69 miles per hour), the 39-year-old cancer survivor seems to be peaking just in time for the start of the Countdown to the Championship.

Essentially, that was the plan when he and crew chiefs Richard Hogan and Bobby Lagana Jr. opted this year to make big changes to a set-up that had carried them to 46 wins in one incredible 95-race stretch.

“You can’t just stand still in this sport,” Torrence said. “You have to keep getting better. We knew this new setup would take a while to develop.  We haven’t been the dominant car so far, but maybe we can be the dominant car the last six races.

“I think we’re definitely getting there,” said the 51-time pro tour winner. “I’m starting to see some consistency, which has been the hardest thing for us to get back to. We’re just picking away at it a little bit at a time. We had a plan and, to be successful, we knew we had to execute that plan to the end.

“We’ve still got a couple races to fine tune everything before we really have to kick it in gear for the Countdown,” he said.

That’s the good news. The bad news is that several other drivers and teams including those anchored by Schumacher and close friend Antron Brown, to whom Torrence lost last week’s final, also seem to be peaking just ahead of the playoffs.

“Yeah, it’s gonna be a dogfight,” Torrence said of a Countdown that will determine whether or not he joins John Force, Schumacher and Bob Glidden as a winner of five consecutive NHRA pro series championships.

“Tony and AB have won the last two races and there are at least a half dozen others who legitimately could win this thing,” he said of the championship, “but these Capco boys are still ‘bad to the bone’ and I wouldn’t swap places with anyone out there. All I can tell everyone is if you want the title, you better bring your ‘A game’ ‘cause we’re gonna bring ours.”

Television highlights of the qualifying phase will air in two Texas time segments on FS1, the first at 8 p.m. Friday and the second at 12:30 p.m. Sunday. FOX broadcast network coverage of final eliminations will begin at 2:30 p.m. Sunday.