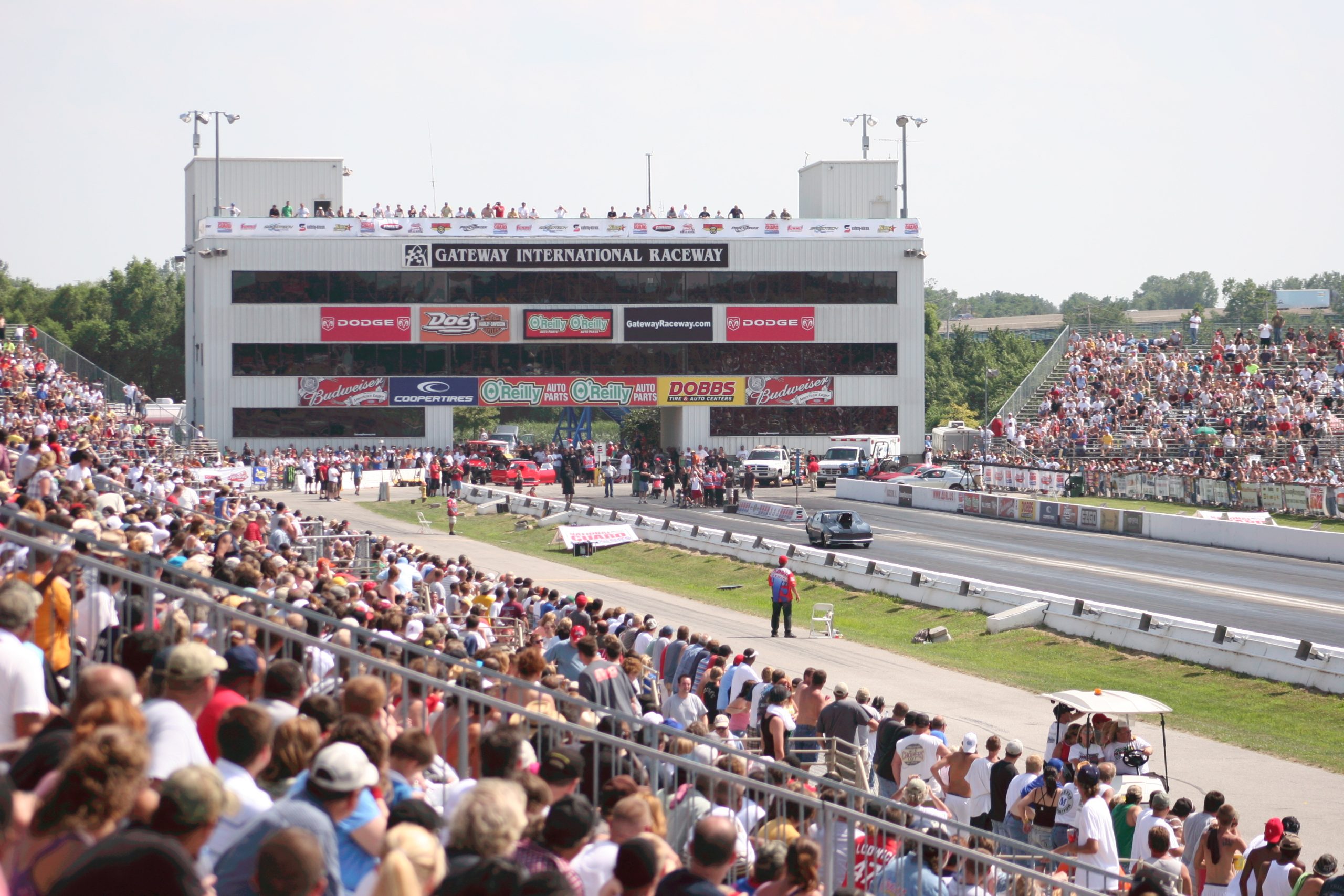 If you’ve been in racing for any amount of time, you’ve experienced that race.

With the most recent iteration of ADRL having come and gone, I was reminded of the most brutal weekend of racing I’ve ever been a part of. NASCAR, dirt-track racing, sports car, off-road; I’ve been around it all and in none of those disciplines, have I experienced a 48-hour period like that Friday and Saturday in August of ‘09.

In the late 2000s, ADRL was the biggest thing in drag racing. Kenny Nowling’s blueprint of providing free tickets and charging $20/carload for parking was creating a buzz and race tracks were lining up to get in on the payday. I was the Gateway PR director and my drag racing experience was the NHRA Nationals, Wednesday night test & tunes, and bracket races. That sort of thing. Our staff had been told (warned) ADRL was nothing like we’d seen before. Houston Raceway Park had hosted the race prior, making headlines with hundreds of cars lined up to get in. I gave track general manager Seth Angel a call, seeking wisdom and advice.

“No matter what you do during the week,” he said, “no matter what you’re paid to do throughout the year, when ADRL comes to town, you have one of two jobs: parking cars and security. That’s it.” 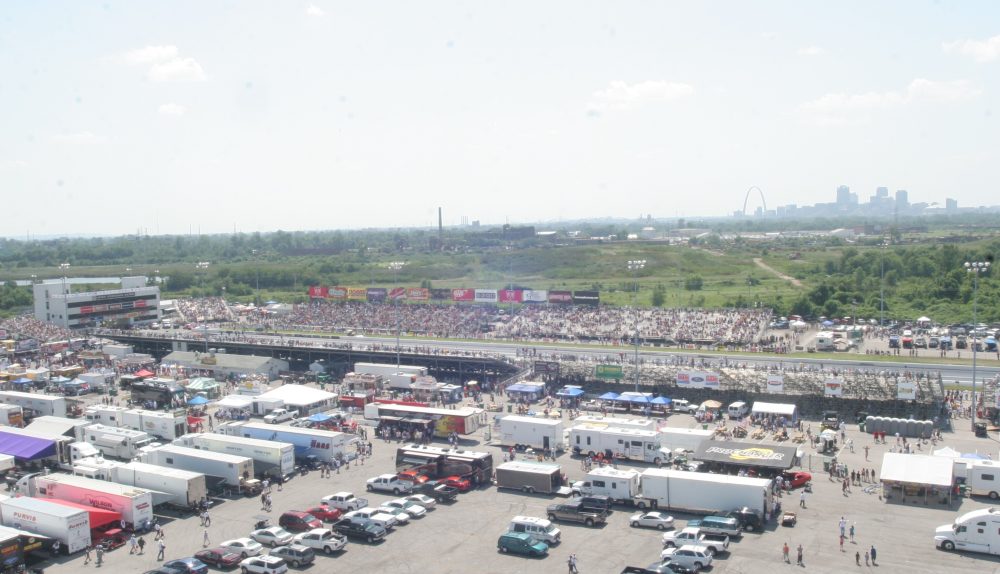 The line to get into the track started around 6 a.m. with tailgaters setting up at the front gate. Friday was packed, but the capacity grandstands couldn’t begin to provide a hint as to what we were going to see the next day. On Saturday, Gateway turned into drag racing’s Studio 54, the infamous NYC party mecca from the ‘70s where lines stretched around the block. For us, though, the lines went for miles. Several miles, in fact, across the Illinois-Missouri state line.

Traffic was backed up to the Edward Jones Dome, home of the St. Louis Rams, before their lacking-in-any-kind-of-business-ethics owner along with the NFL itself moved them to Los Angeles (but I digress). Helicopters from the area television stations provided live updates to the congestion. We operated the event nightclub-style for hours, allowing cars on the property only when other cars left to ensure we weren’t over capacity.

Then there was the heat.

We were coming off a great NASCAR Nationwide race over on the oval. Race-time temps in the 60s. Future NASCAR Cup Series champion Kyle Busch was there and went on to win. It was one of those nights reminding you why you fell in love with motorsports.

Fast forward a couple weeks. It hit 100 degrees on Friday. Saturday? A brisk 112 degrees. That’s not heat index or track temp. That’s ambient temperature. The actual feel was north of 120 degrees and if you’ve ever been in St. Louis in August, you know the humidity makes the air thick enough to chew.

We brought in mist stations so fans could get some relief. There were Greyhound busses whose sole purpose were to idle all day with the AC on full tilt so overheated attendees could get 15-20 minutes away from the Midwest humidity. 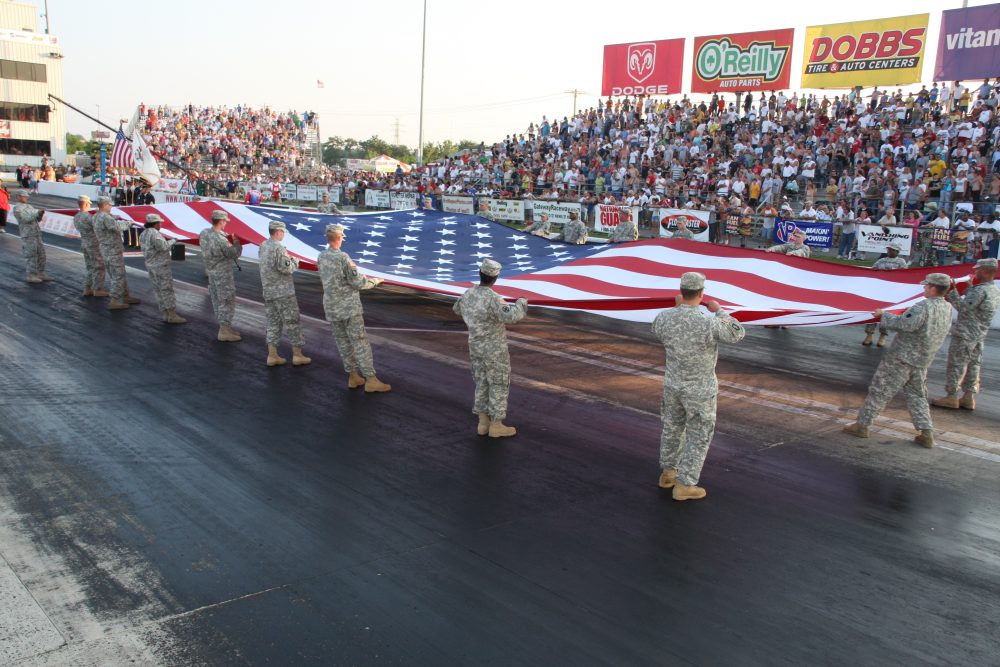 Whereas track general manager Lenny Batycki directed parking, I split my time between the media center and helping with starting-line security. As we see in drag racing now, anyone and everyone who has the ability to be around the track believes they have a God-given right be on the starting line, whether their team is running or not or whether they even have a dog in the fight. Most of my day was spent telling people attending their first-ever race that, no, you do not need to be past the painted line, I don’t care if that car does look like the one you had in high school.

The event’s highlight occurred after the sun went down. The humidity and most of the heat remained, but that ball of fire in the cloudless sky was no longer a blinding presence. A young man in jorts, an al Anabi t-shirt, and a ponytail was trying to get to the starting line. He had no wristband, no credentials, and, in my mind, no reason to be there.

I asked him to please stand behind the line. He looked at me, not in a rudely, but in a way that said “I’m not sure why you’re telling me I can’t go over there.” Again, not disrespectful, but also not moving. I asked him again to please stand behind the line. He stood there, looking at me almost amused, like I was an odd attraction at the zoo. And not moving.

Whatever. Let Kenny police his own starting line. I was hot, grouchy, and dehydrated, so I went back to the tower to grab a water. I opened the door and found assembled media, volunteers, and track leadership almost crying from laughter. Jason Rittenberry, the GM for our sister track in Memphis who went on to help run Circuit of the Americas and is now on the leadership board for the IndyCar race in Nashville, stopped gut laughing long enough to ask, “Mudd, do you know who you just kicked off the starting line?”

“Dude, that was the Sheik!” 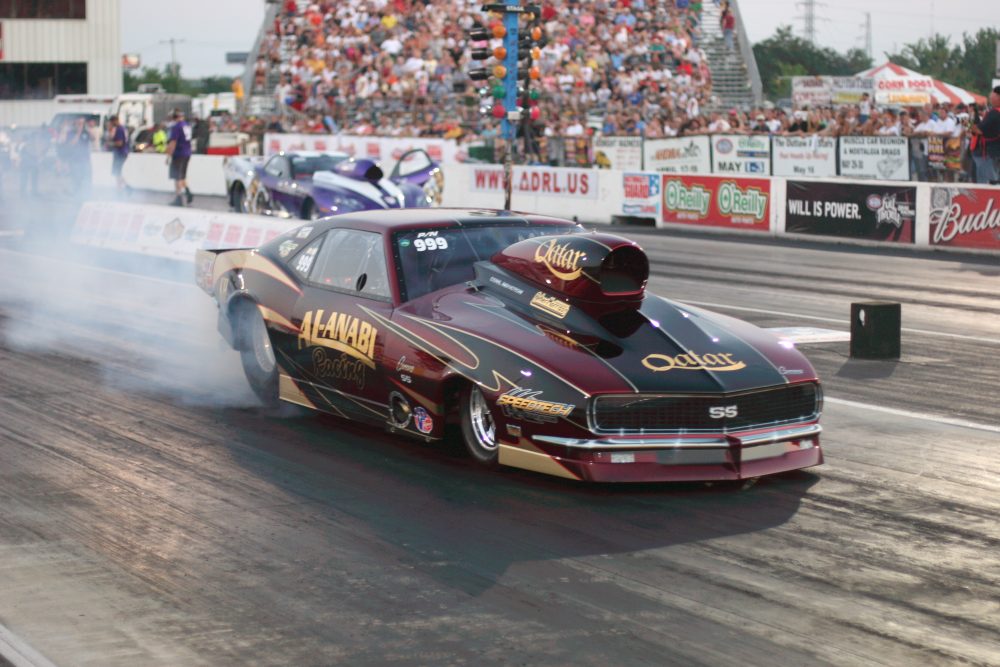 “The Sheik” referred to Sheik Khalid al-Thani, the young man from Qatar bankrolling the ADRL, a couple teams within it, and the al-Anabi NHRA Pro teams. Apparently, the twenty-something wasn’t used to anyone telling him where he could and couldn’t go.

“Should’ve been wearing a wristband,” I said.

The day finally ended. I got home around 3 a.m. and proceeded to enjoy the best of all beers, the shower beer (or five or whatever). That weekend was like building a project car, writing a book, or listening to a John Force interview; you know from the beginning there has to be an end, but by God, while you’re in the middle of it, you just don’t see it happening.

The majority of the people involved look at it the same way some vets look back on combat. We survived, we’re stronger for it, and years later, we can look back on it with some pride knowing none can understand what it was like.

That’s my experience. What’s that race for you?