The third and final JEGS SPORTSnationals event of the 2015 season unfolds this weekend at National Trail Raceway with more than 400 of the nation’s best Sportsman drag racers on hand for the celebration.

Now in its 11th season, the JEGS SPORTSnationals remains one of the premier events for racers in the NHRA Lucas Oil Drag Racing Series. Champions will be crowned in Comp, Super Stock, Stock, Super Comp, Super Gas, Super Street, Top Dragster, and Top Sportsman. There will also be a special Jr. Drag Racing League event Sunday.

Much like its companion events, the JEGS NHRA Cajun SPORTSnationals in Belle Rose, La., and the JEGS NHRA Pacific SPORTSnationals in Fontana, Calif., the Hebron race successfully strikes a balance between fierce on-track competition and friendly off-track camaraderie. Racers also are attracted by the wide variety of bonus features, including traditional class eliminations for drivers in Super Stock and Stock and the special DRAW/Racers For Christ Super Eliminator Shootouts presented by Moser Engineering for the top 16 qualifiers in Super Comp, Super Gas, and Super Street.

As one of the final national events of the 2015 season, the JEGS NHRA Northern SPORTSnationals represents one of the final opportunities for competitors to earn points towards national and divisional championships. Among the title contenders expected to compete at this year’s event are Super Stock leader and past JEGS SPORTSnationals winner Brad Zaskowski, Super Comp leader Kevin Brannon, and Ohio native Ray Connolly, the current leader in Super Gas. 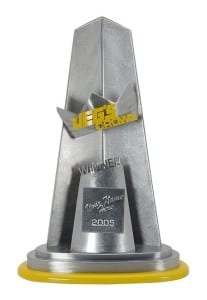 Three drivers in contention for the JEGS Crown are Comp racer Arnie Martel, Super Stock driver Anthony Bertozzi, and Top Sportsman ace Bob Mandell, each of whom scored wins earlier this season in Belle Rose. Martel is someone who should be watched very closely since he is also coming off a victory at last weekend’s Division 1 Lucas Oil Drag Racing Series event in Englishtown, N.J. Should Martel or any driver win the JEGS Crown, he would become just the second driver to accomplish the rare feat, joining Mike Ashley, who claimed the prized hardware with a pair of Pro Mod wins in 2005.