The chance to try something new has always caught Mick Snyder’s attention. For 2018, that means driving a new car. Snyder, who has been a champion in Alcohol Funny Car, Pro Extreme and Top Sportsman, will debut a Powersource Transportation ‘68 Camaro for the upcoming Top Sportsman season. After excelling in the orange ’63 Corvette still owned by Jason Scruggs for the past eight years, Snyder is now eager for the challenge in a new car.

To pull off the latest title, Snyder and his Snyder Motorsports team made a major transition, moving to an electronic fuel injection (EFI) Roots blower. That EFI set-up will stay in the new Camaro and remains an innovation that has been a difference-maker both on and off the track.

“If you’re not staying on the cutting edge, you’re falling behind,” Snyder said. “These are new and exciting things, and if they work well for us, it’s a bonus for our business. The EFI deal has definitely been exciting.

“But probably the coolest part has been we’ve been successful in dragsters, Funny Cars, door cars, with automatics, clutches, EFI. That’s been a lot of fun.”

Snyder will aim to continue that impressive run with a Camaro that will look quite a bit different than the orange-dominant Corvette. This car will be predominately gray with an orange stripe, with Snyder doing most of the designing and shying away from all-orange simply because there’s “too many orange cars out there now.” 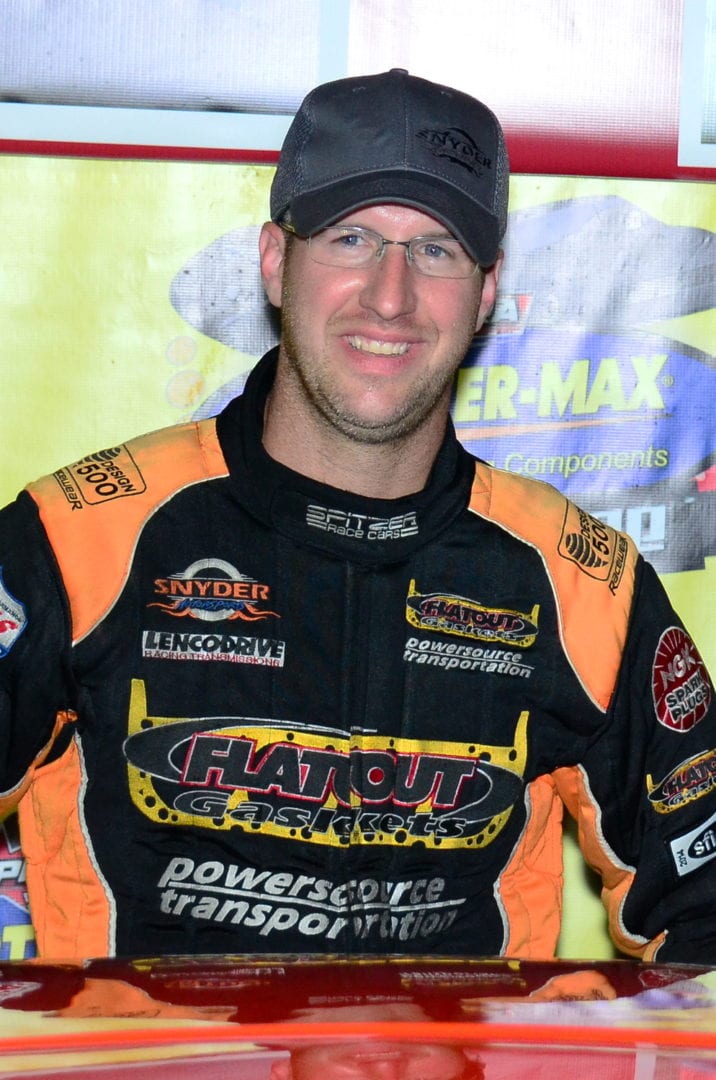 The path to getting the car was also unconventional. Snyder was dropping off motors to a customer in Texas, made an offer on the car and came back to his DeMotte, Ind., home with a new car that was previously owned and tuned by the legendary Howard Moon. “It was a pretty good deal from my standpoint,” Snyder said with a laugh.

The real fun – at least to Snyder and his father, Larry – has followed, with both working rigorously on making their customary major changes to a car. The Camaro isn’t brand new and does have a proven track record, giving Snyder added belief there won’t be much of a transition next season.

“I love that part, taking the car apart, fixing everything and fixing it all up,” Snyder said. “There’s always something new and it’s fun to try and fix that. You never know how temperamental a new car will be, but this is not really a new car. It’s a proven car and we’re excited to see what happens.”

Snyder wants to increase his schedule a bit from 2017, hoping to make 10-12 races in 2018. He’ll have the car ready by April with plans to race Top Sportsman in NHRA Division 3, perhaps hit a few national NHRA events and a couple PDRA events, as well as a handful of Quick 8 races in the region as well.

Wherever he ends up, the challenge of debuting a new car won’t be a daunting one for a driver whose sole intent is to enjoy himself.

“I don’t really want to run a schedule,” Snyder said. “We want to have fun and run a bunch of different things. It’s fun to race and that’s what we’re out there for.”