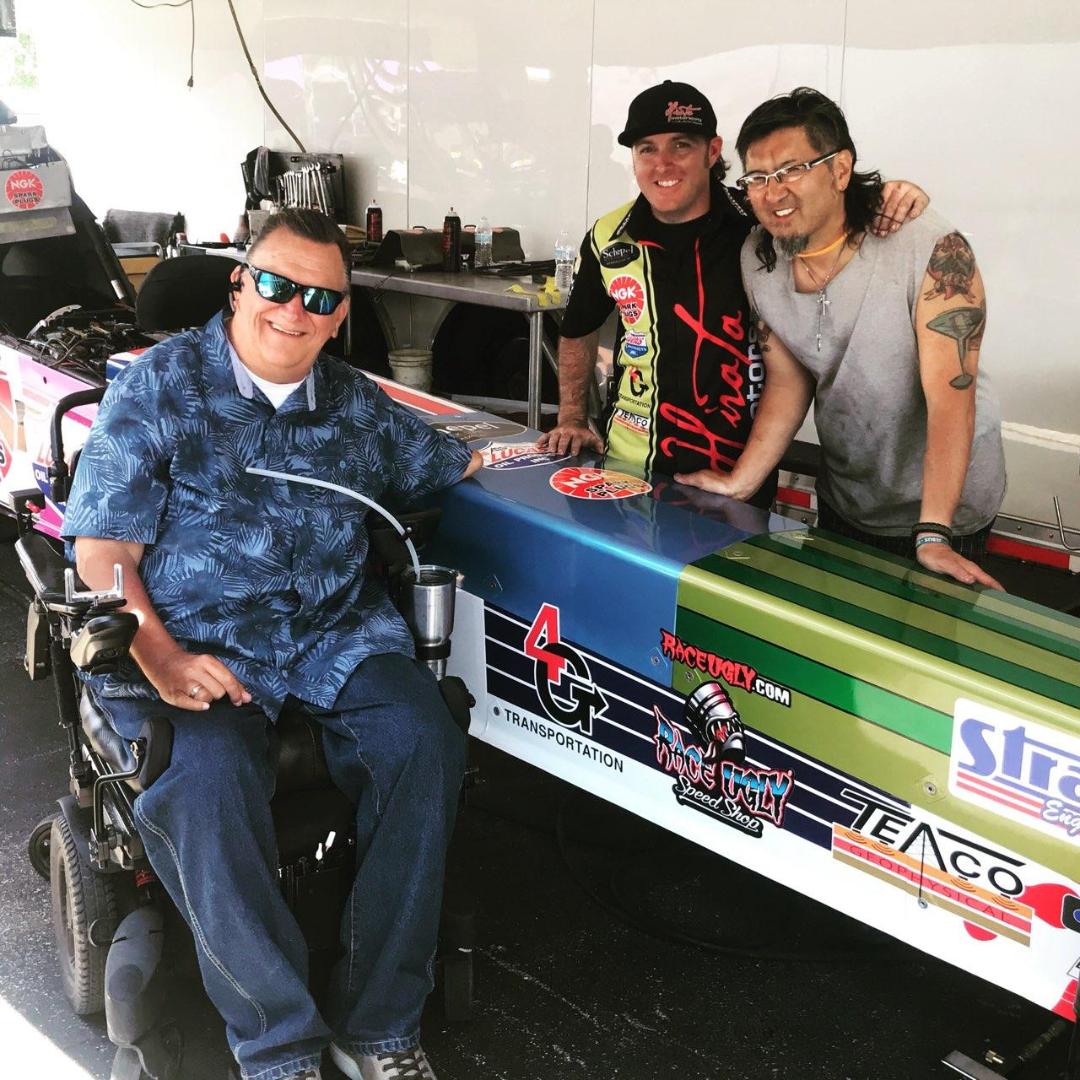 One thing is becoming quite clear about Will Smith’s drag racing career: he’s going to keep things interesting both on and off the track. An easy-to-like people person, Smith is always up for something that will bring a smile or laugh. Tuning guru and team owner, Dave Hirata, is much the same, so the pair have had quite a run in their short tenure together. When it’s time to work, they put their heads down and mean business, but whether it’s through their never-done-before paint scheme or mullet hairstyles, the Smith/Hirata Motorsports team is sure to keep things interesting.

The same goes for their on track performance. At this past weekend’s Summit Racing Equipment NHRA Nationals, Smith laid down an impressive 5.33 right off the trailer. Unfortunately, he wouldn’t make it down the track again until first round.

“Qualifying was an absolute disaster,” Smith relayed. “We made that one good qualifying run Friday. Off the trailer it went a .33. It was a good run. Looking at the computer and evaluating the run afterwards, we knew there was more left in it. The last two runs we didn’t get to make because we had two reversers break on us and just little stuff go wrong. First round we got up there and crossed our fingers and hoped it went down the track. Fortunately it did.”

Smith progressed with a 5.39, but he knew it would take more than that to get past second round opponent Jackie Fricke.

“We knew we had to have all our t’s crossed and i’s dotted, and I had to get up on the wheel. I tell ya, when I saw that win light come on, I was ecstatic. They’re a great team; they run really well. The run felt quick, and I knew it had to be in order for us to beat her. I’m pretty sure everyone could hear me hooting and hollering when I made the turn down there. I asked our tech guy, Joe, what it ran and when he told me a .26 I jumped probably three feet in the air.

“I had a couple personal goals when I started this deal. One was to go 280 (MPH) which we did last year and one was to go in the .20s. To finally do that was cool.

“We beat Duane Shields in the semis. He’s a past world champ, so to get past that one was awesome. It really hit me when we won the semis, Not only are we out here competing at this level – we’re going to the final round. I was so excited for my guys. Everybody has worked so hard ever since we all started working together last year, and we had so much go wrong this weekend that it was a hard fought time to get to the finals. No one gave up. We all just pulled together and made it happen. We came up a little short in the finals, but hey we’re tickled to death. We’re very fortunate and blessed we made it that far. We’ve known for a long time we could do it and could run fast. A large part was just establishing a level of consistency. Plus, we’ve just had a lot of little things plague us lately, and it seems like they just don’t stop, but I think we finally overcame a lot of that this weekend.”

While his on track performance was enough to speak for itself this weekend, Smith managed to cause quite a stir in the pits, as well. The Hirata Motorsports dragster, which is a tribute to Top Fuel legends throughout history, is still drawing attention. Darrell Gwynn, who is featured on a panel, stopped by to have his photo taken by the car.

“That was really cool,” Smith said, humbly. “Darrell is a great guy. Dave and I – that really made our weekend. He’s a Top Fuel legend. He got his start in Top Alcohol racing, so it’s pretty dang cool to have him come by to get a picture with us.”

Never short on ideas, Smith added another eye-catching feature to the car this weekend – face of NHRA crowd hype man, Jason Logan. “Jason told me once that his dream was to have his face on the side of a car,” Smith storied. “It took me a while to make it happen, but with the help of Matt at AED Graphics, Jason’s face became one of those fat head pictures we stuck on the side of our car. It was mostly meant to have a little fun with Jason, but it turned out to be a bit of a media sensation at the event this weekend. They were talking about it on Facebook live, the PA system when we ran, and all throughout the weekend. Jason got pretty excited when we made it to the finals, which was awesome.”

Despite frustrating setbacks this weekend, Smith and Hirata showed that perseverance and experience pay off.

“Norwalk was our fourth race of the season and our second final round. Hopefully, we can keep that round percentage going. We’re in a good position for the regional championship, which is something that I think is definitely achievable at the end of the year, but we can’t make any mistakes. That’s where our focus is. So yeah, getting a final round at Norwalk was very humbling, very rewarding. It’s great for our sponsors and our new partners that came on board this year. We’re really turning our program around, and we’re excited to move forward with them.

Smith and Hirata have two divisional events coming up the first two weekends in July. “I hope we carry this momentum there and parlay it into a win. There’s more to come.”

One thing is sure, with Smith and Hirata, there’s always more to come.