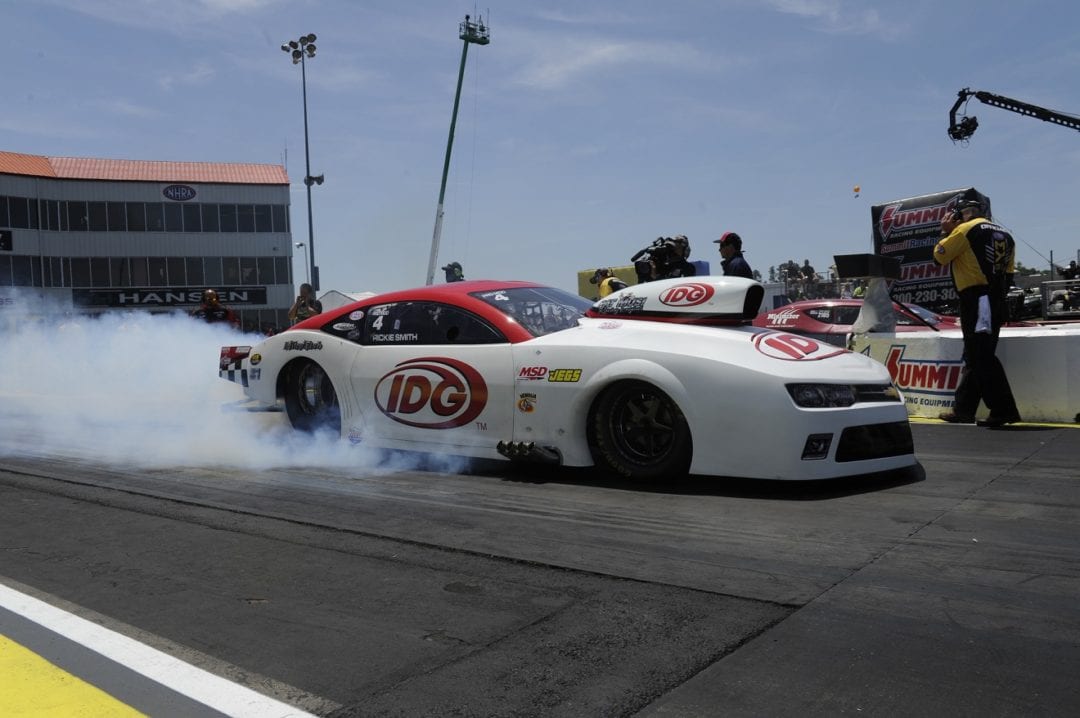 Rickie Smith raced to his second victory of the 2016 season on Sunday during the NHRA J&A Service Pro Mod Drag Racing Series portion of the Summit Racing Equipment NHRA Southern Nationals. This weekend’s Pro Mod racing is co-presented by Pro Line Racing and FuelTech. This is the third of 10 Pro Mod events on the 2016 season.

Smith, who won at the season-opening Gatornationals and posted a runner-up finish two weeks ago in Houston, tallied his 10th career victory. As the No. 1 qualifier, Smith outlasted Gerry Capano, Doug Winters and Steve Matusek en route to the final round against Fiscus. Smith is the points leader.

Danny Rowe is second in points while Matusek is third and Coughlin fourth.