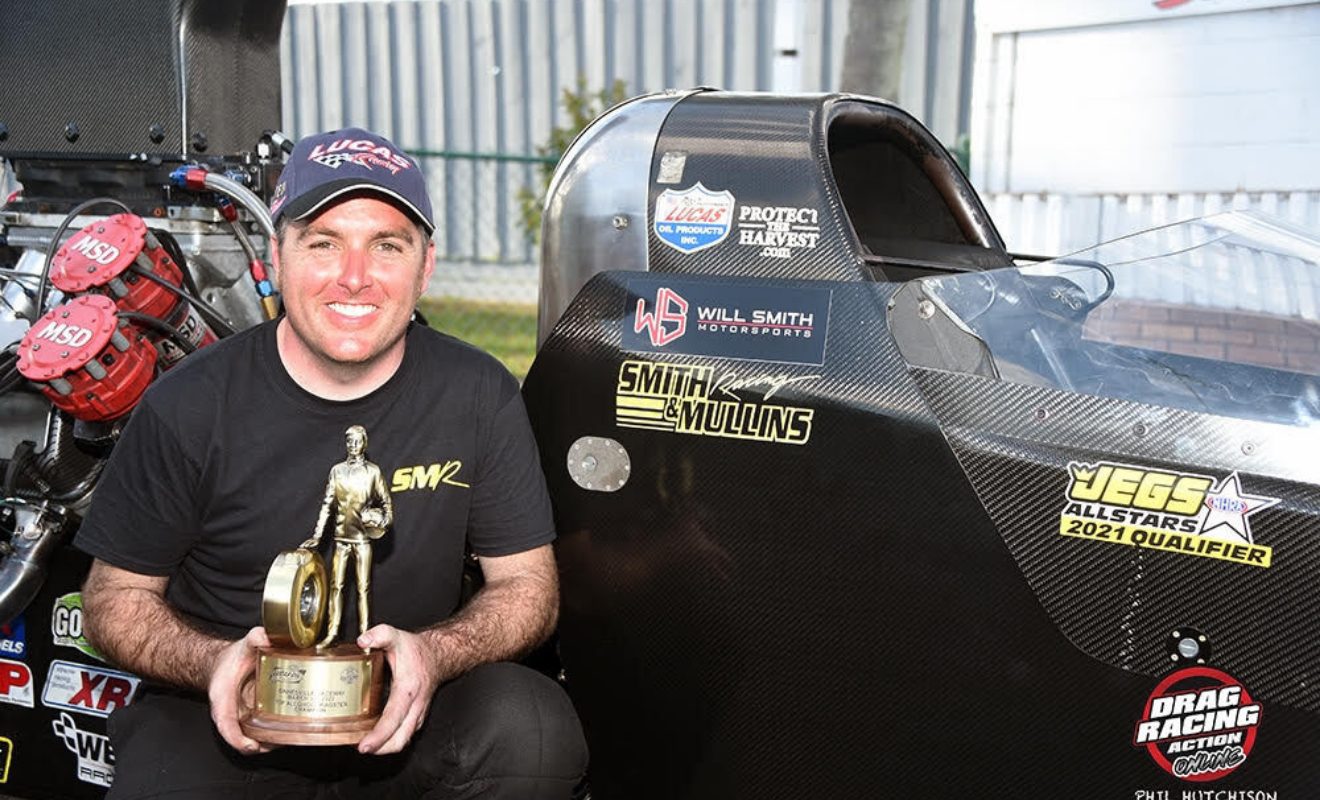 One race deals don’t typically offer great promise of success, but Will Smith and Samsel Racing showed the world what they’re capable of, taking home the Wally at the Division 2 Lucas Oil Regional.

Smith had never taken the Samsel dragster down the track before Q1 of the Baby Gators. The car was not fitted for him since team owner and regular driver Robin Samsel will soon be back behind the wheel for the Nationals. Despite this novelty between driver, crew and machine, Smith and Samsel were unstoppable from nearly start to finish, showing up big where it mattered most to land themselves in the winner’s circle. An elated Smith was quick to offer gratitude.

“I can’t thank Robin and Tony Samsel and the entire Samsel’s Racing team enough for the opportunity to wheel their bad-to-the-bone hot rod this weekend at the Baby Gators! I made some mistakes along the way, but they gave me a very quick and fast hot rod that enabled us to get the win in our debut together!”

Tuner Tony Samsel and Smith both admit the first qualifying round was rough, but they quickly worked out issues on both ends and progressed from there. “We went back to our tried and true combination,” stated Samsel. “Both the car and Will came around, and we were able to turn it into a successful weekend. It was a great way to get things rolling for the year.”

The rough start quickly changed to redemption as Smith laid down his career best of 5.20 to qualify number two. That didn’t stand long, however, as the first round pass saw the team quicken to a 5.19, a number that held as low ET of the weekend. Smith and Samsel went on to be low ET of every elimination round, a feat they needed as they had their work cut out for them in eliminations, taking on the likes of Matt Sackman and Mike Coughlin en route to meet up with Julie Nataas in the final. Smith was slightly better off the line and held his lead for the quarter-mile, posting a 5.232 at 276.63 MPH to Nataas’ 5.284.

“We definitely had to work for this win, which really sweetens the deal that much more,” Smith elaborated. Making this weekend even more meaningful for Smith was being at Gainesville Raceway, his home stop on the NHRA tour. “Being at Gainesville was really special and allowed my parents to be there. They couldn’t be there for my first win in TAD, so having them here meant the world to me.”

Longtime sponsor, TeaCo Geophyscial owner Mark Teague, was also on hand to celebrate with Smith. “Mark has been with me for 10 years. He’s been with me through ups and downs, and Mark is still right here with me as I pursue new ventures. Weekends like this – where we all took a risk to come together for a one race deal and landed ourselves in the winner’s circle – this really makes it worth it. I’m so happy Mark was here to share in our victory.

“After four years in TAD, I was used to a routine, but this week pushed my limits and helped me grow as a driver. I tested for Randy Meyer last week and then stepped into the incredible Samsel dragster for the Regional. The car wasn’t a perfect fit, and I struggled some as a driver, but all the components came together thanks to the top notch team.”

Smith, who in addition to being an accomplished driver is also a marketing guru, is working to pursue funding for additional races later in the year. “If I have the opportunity to turn this one-race-wonder into something bigger, I can’t let that pass me by. Either way, this was an amazing chance to test my skills and take me out of my comfort zone. Winning the entire event was icing on the cake.”