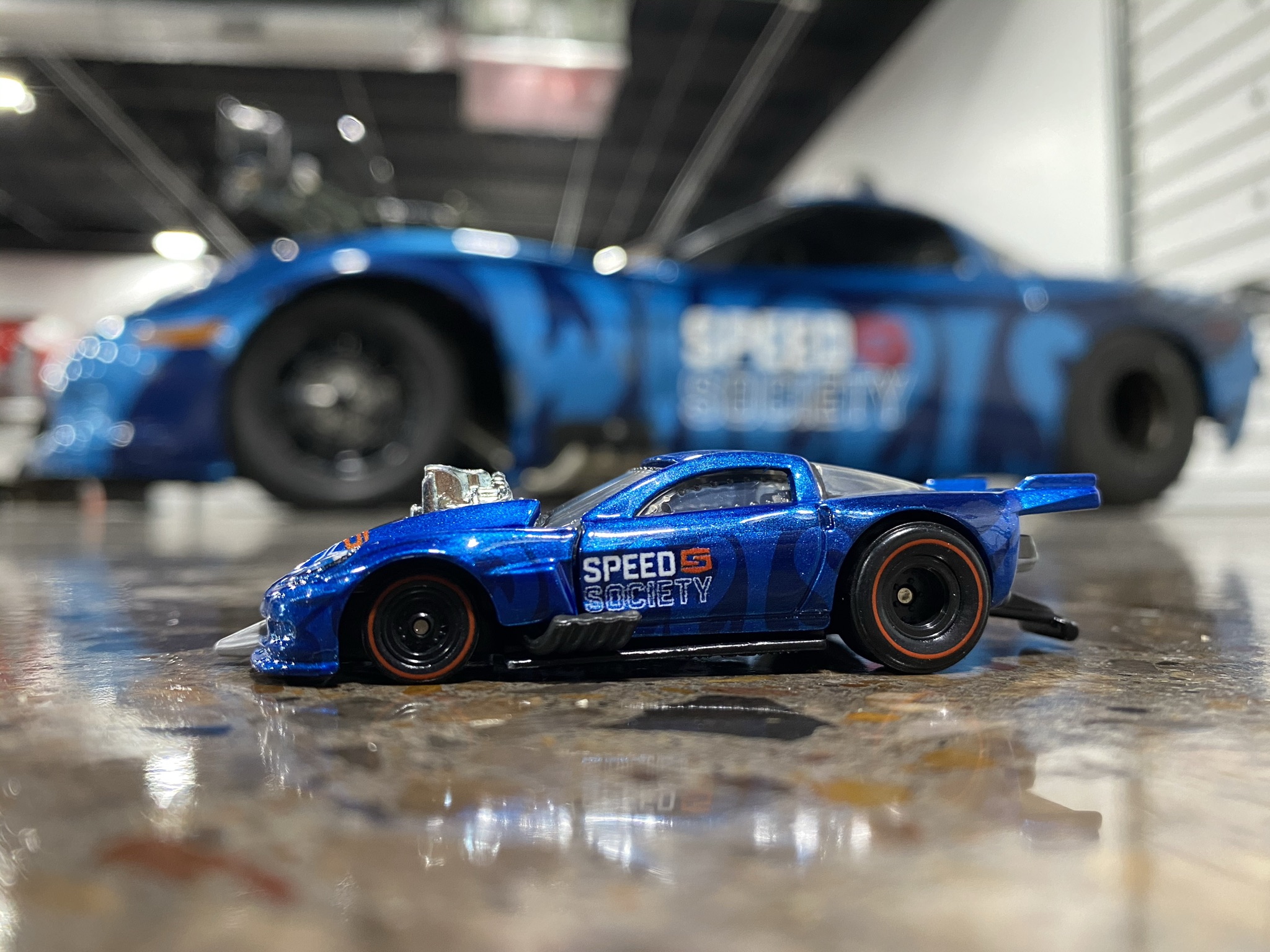 When Alex Laughlin first started working with the Hot Wheels brand a few years ago, the dream was always to have his own Hot Wheels car.

Well, earlier this year, Laughlin got his second Hot Wheels car, a premium replica version of his popular blown C7 Corvette. It followed the Pro Stock car release that was initially done for Laughlin, and this one was truly special.

Hot Wheels designed the Corvette, the same car Laughlin drove to the Radial vs. the World win at Lights Out 10, from the ground up and placed it in the premium Hot Wheels Boulevard Collection. That meant a higher price tag, a metal body and metal chassis, rubber tires and a hood that lifts off.

Creating an entirely new diecast body from scratch meant a lengthy process that took more than two years, but it’s been more than worth it for Laughlin, who has been blown away by the response since the car was released in May.

“It was definitely cool when the first one came,” Laughlin says. “It was just absolutely remarkable that they designed a car and put it in a package that has my name on it. It’s every kid’s dream, but [the Corvette], it is definitely the bigger deal.

“Everybody has always loved the Corvette and it’s always been the fan-favorite,” Laughlin continues. “It’s been incredible. Everyone has a car and a story they submit to Hot Wheels, and the fact they’ve done not only one, but two of my cars is just unbelievable.” 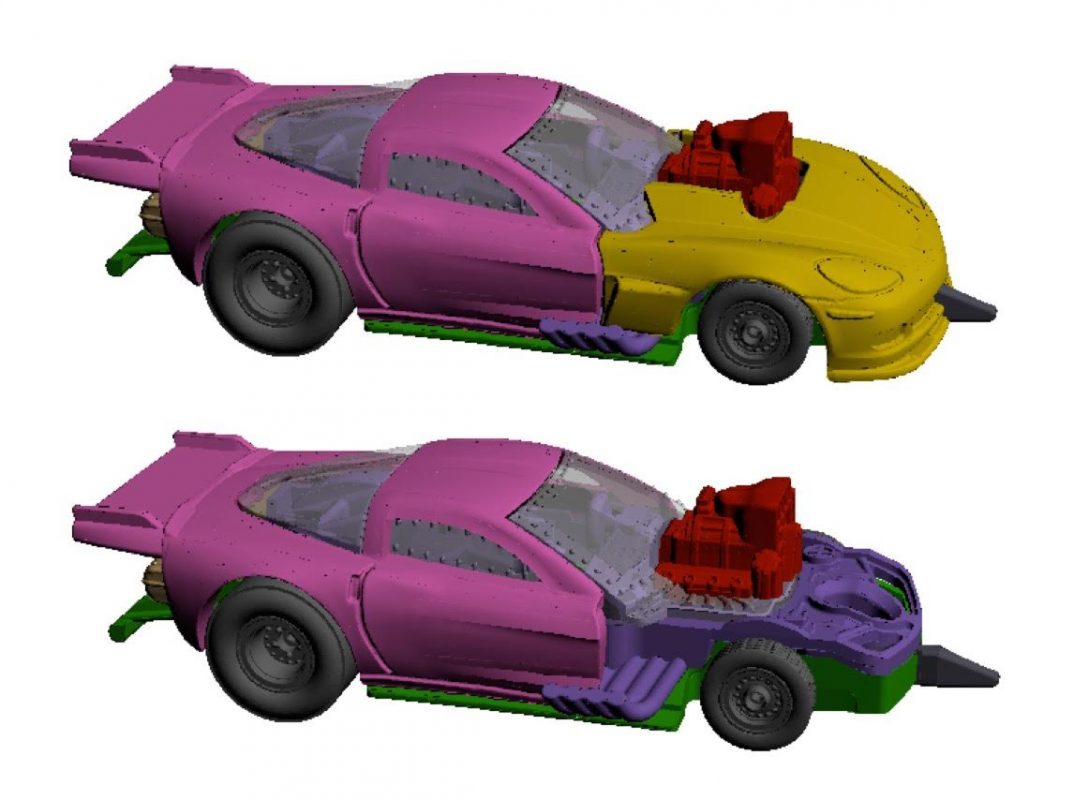 It’s the latest indication from Hot Wheels that the iconic brand is eager to have its name back in drag racing. Of course, stars Don “The Snake” Prudhomme and Tom “The Mongoose” McEwen took drag racing mainstream with their Hot Wheels deals more than 40 years ago, but the company is once again heavily involved in the sport.

Along with Laughlin’s deal, Hot Wheels partnered with the Southeast Gassers Association on a release in 2020 that featured a ’64 Chevy Nova wagon, which was partially in Mattel’s mold lineup.

In March, NHRA and Mattel announced a new partnership to develop diecast vehicles under the Hot Wheels name, with fans seeing diecast versions of classic hot rods, including a ’74 Chevrolet Vega Pro Stock car and a ’71 Ford Mustang Funny Car. The collectible could be seen at the NHRA race at Summit Motorsports Park in Norwalk in June, with the vehicles set to hit stores this summer.

“Hot Wheels has a long history of working with NHRA teams since our early days with Snake and Mongoose, more than 50 years ago,” said Roberto Stanichi, SVP and Global Head of Hot Wheels at Mattel. “We’re honored to once again roll into the staging lanes, watch the Tree light up, and ignite the Hot Wheels challenger spirit in NHRA fans of all ages.”

That move has been heavily anticipated, while Laughlin has been thoroughly pleased with how his partnership with Hot Wheels has unfolded.

The company gave Laughlin a batch to distribute to his fans and within 24 hours, the standout driver was sold out.

“I was astonished more than anything,” Laughlin admits. “I have some merch I sell on my site, but it’s not like I have some amazing distribution platform for things like this. The word spread extremely fast and the consensus so far is people are really into them.”

The premium aspect of the Corvette has made the car a huge hit with collectors, and it’s helped all parties involved. It’s been a big deal for Laughlin, while Mattel and Hot Wheels have seen strong sales and a positive response from the cars as well. 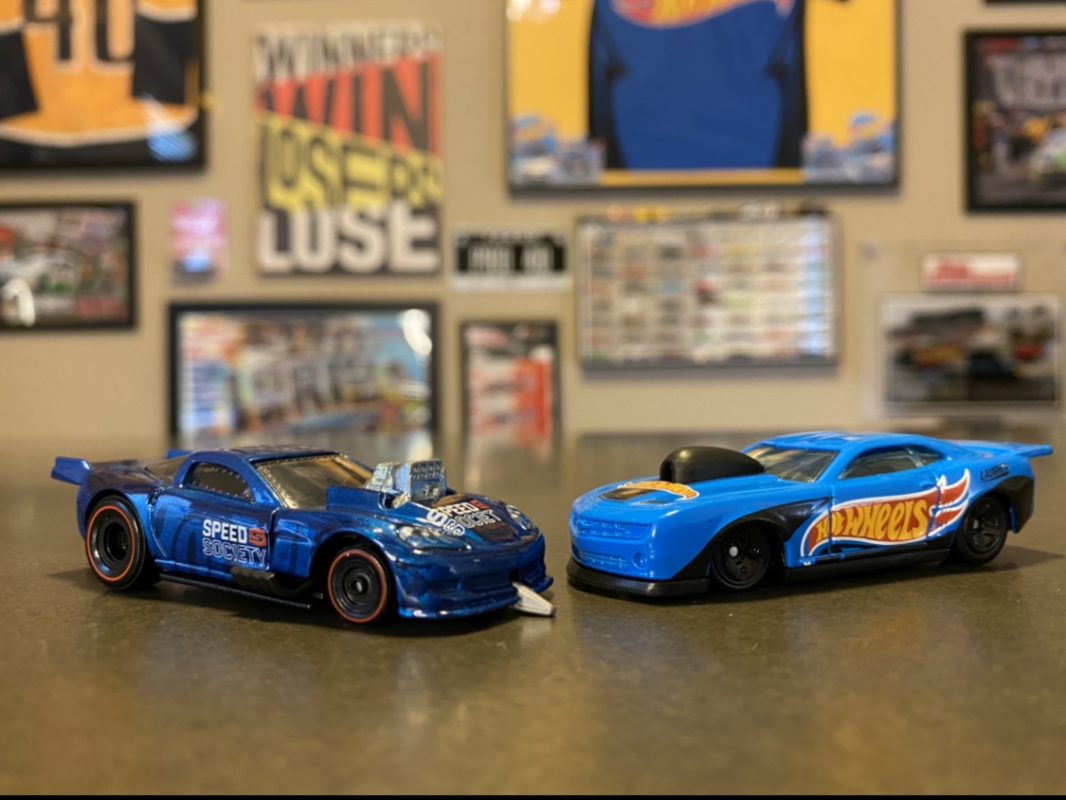 NHRA hopes for similar results with its release, putting its name back with a major company that is still popular with collectors of all ages. That’s especially true for attracting fans who play with Hot Wheels cars at a young age, and Laughlin has seen a multitude of positive effects.

But he believes it’s only the beginning, promising a number of exciting moves with Hot Wheels that expands into apparel and more. Those moves have been hits with young drivers in other motorsports mediums in recent years, and Laughlin figures it’s time to convert those young Hot Wheels fans into drag racing as well.

“This has given me huge credibility,” Laughlin says. “Having the Hot Wheels logo on my car, all the kids see it and recognize it and I can’t tell you how many times people come over and say, ‘This is the Hot Wheels driver.’

“Making fans early on definitely helps, but I really feel like this is just the beginning of being able to produce cool things and collaborate with Hot Wheels.”