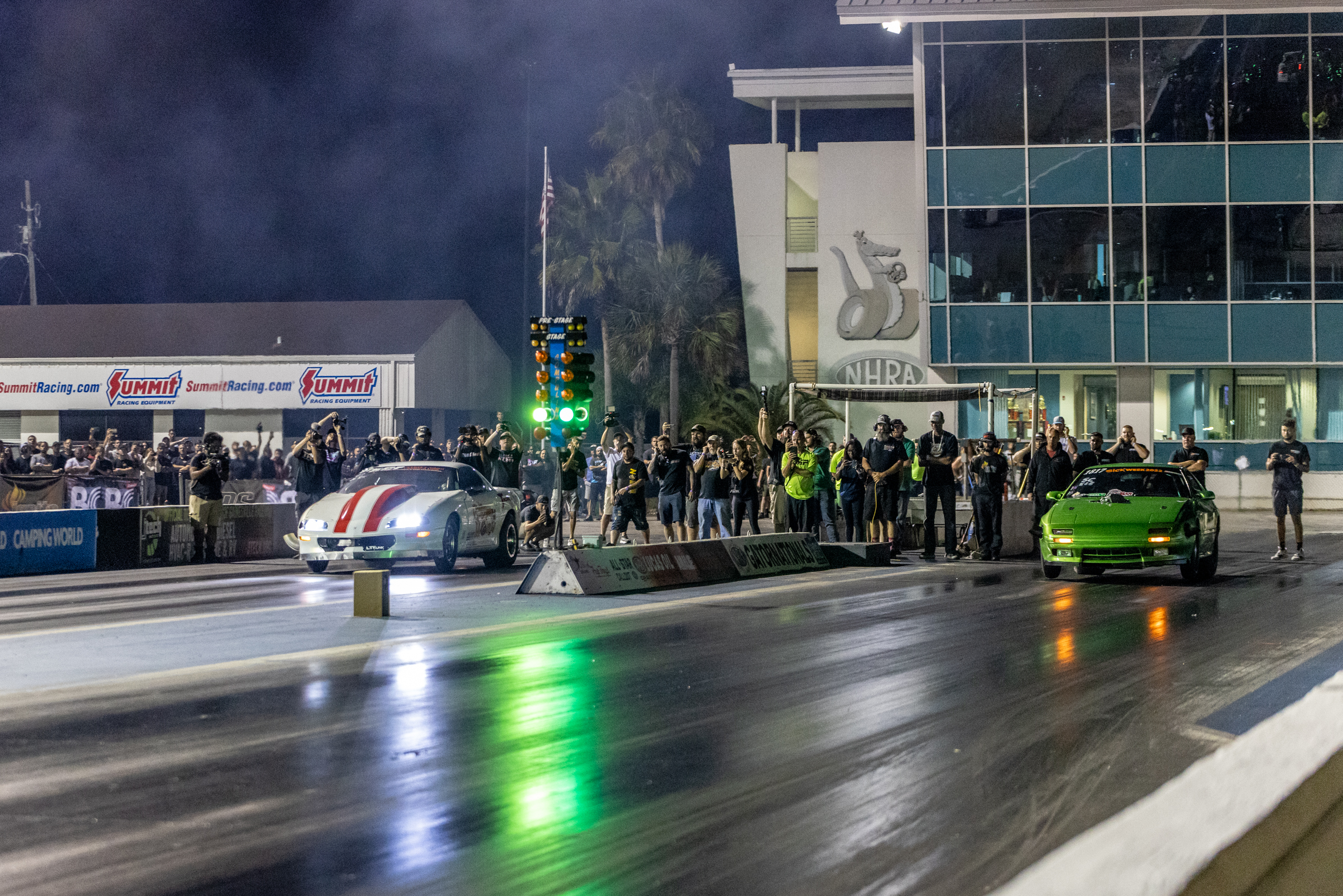 Photos by Kaylee Curran and Zach Bowman for KC Photography

A special shootout with four of the quickest cars on the property closed out Saturday qualifying at the 10th annual FL2K presented by Brian Crower at Gainesville Raceway. Rick Prospero collected the $3,500 payday, adding to a day that also saw the Florida native qualify No. 1 in Street Car Shootout presented by Motion Raceworks and Real Street Performance.

“This win means a lot because we finally got the car to another level of power and it’s pretty consistent,” Prospero said. “We tried to lean on it a little bit harder the first round and it wheelied, but we managed to gather it up and still got the win.”

A sizable crowd was on hand for the shootout, which wrapped up around 9:30 p.m. Fans got to witness a new stick shift record in the first round when Atkins fired off a 6.615 at 216.41 in his Grubworm Racing ’97 Camaro. In the other lane, YouTube star Garrett Mitchell, also known as “Cleetus McFarland,” set new career-best numbers, 6.667 at 212.59, in his Motion Raceworks “Mullet” ’86 El Camino.

“It’s exhilarating,” Prospero said of racing in the ultra-competitive shootout in front of a big crowd. “It’s my drug. It’s like a rush and I really, really enjoy it. I’m sure the fans enjoy seeing some pretty tight racing as well.” 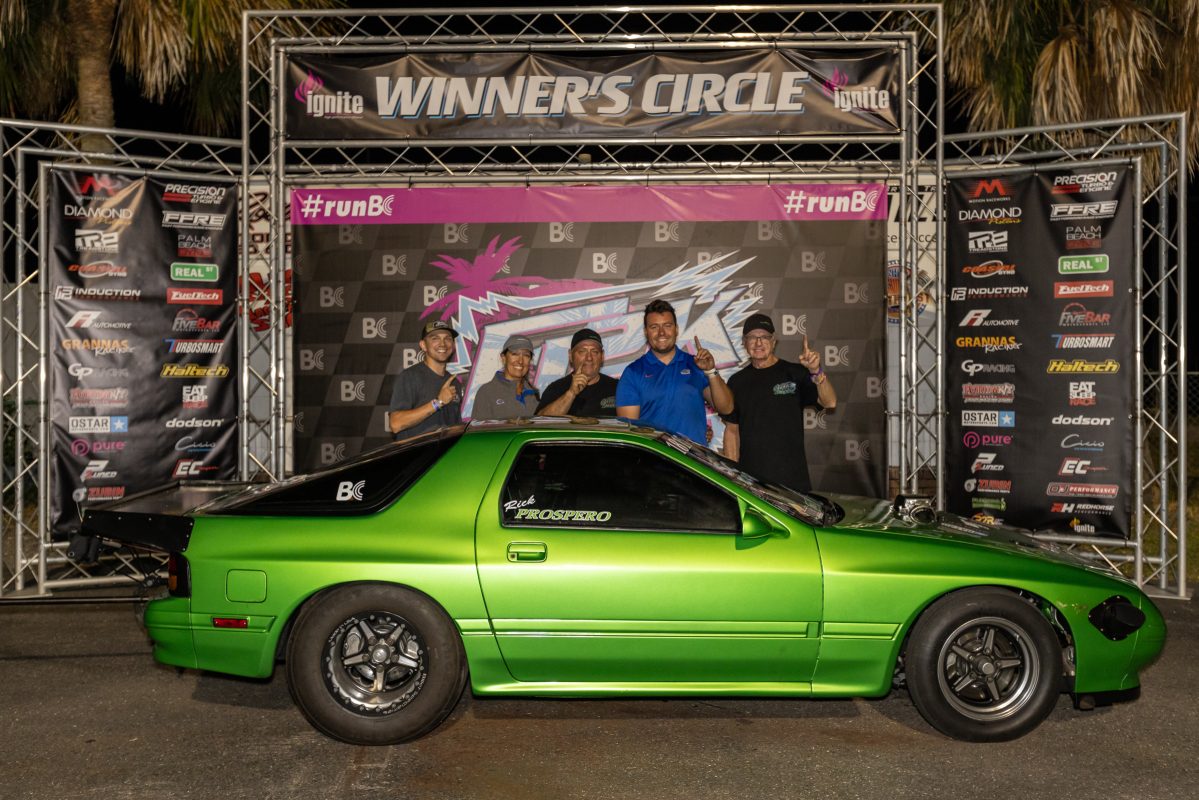 Before winning the shootout, Prospero qualified well in two different classes, Street Car Shootout and Extreme 28s presented by Five Bar Motorsports and RI Automotive. He qualified No. 1 in the Elite field of Street Car Shootout with a 6.729 at 209.56, then he qualified third in Extreme 28s with a 6.788 at 204.66. Prospero is hoping that will lead to plenty of round wins on Sunday, but his family-based team is ready for the challenge.

“We do drag-and-drive events with this car, and we’ve got it ironed out pretty well,” said Prospero, who won the inaugural Sick Week drag-and-drive event in the Modified class earlier this year. “We’ve been racing the car for about eight years, same platform, so we know the car in and out and what its limitations are. Our team prides ourselves in making the car as reliable as possible so we can turn it around as quickly as possible.”

Behind Prospero in the Elite Street Car Shootout field, Will Dugas piloted his Dodge Viper to a 6.852 at 215.48 on Friday to qualify second. McFarland qualified third with his 6.939 at 210.77, a step up from his Friday best. 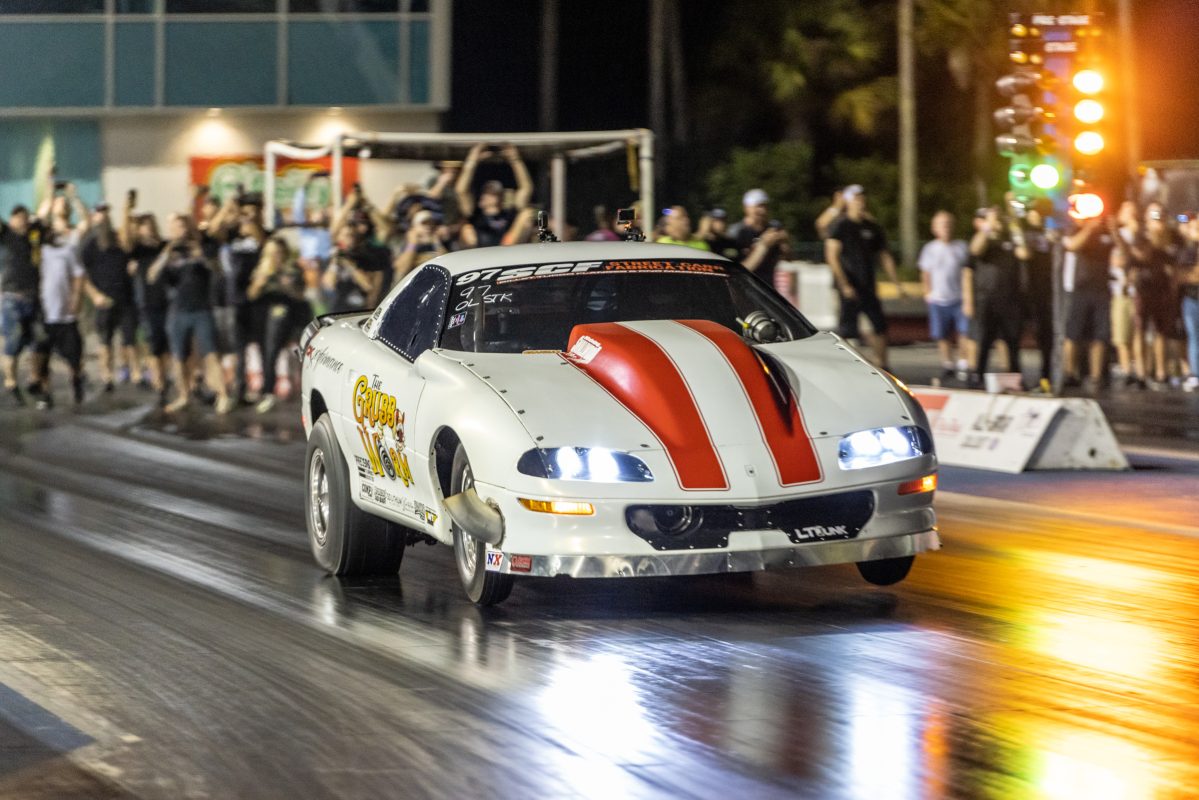 It took 7-second passes to crack into the top three in XFWD presented by Precision Turbo and FuelTech. The top two qualifiers from Friday night, Joel Olivo and Bradley Dillon, held on to their spots with a 7.876 and 7.878, respectively. Steven Ali stepped up to a 7.957 at 191.05 in his ’95 Integra to qualify third in the 32-car field.

Bobby Miller in his Clarksville, Tennessee-based ’15 Mustang just missed the Outlaw Stick Shift field, but he took the No. 1 spot in Sport Stick Shift presented by GP1 Racing and Haltech with an 8.928 at 120.83.

With qualifying complete, FL2K presented by Brian Crower will go into eliminations Sunday at 10 a.m.

Tickets are available at the gate for $30. Children 12 and under get in free.