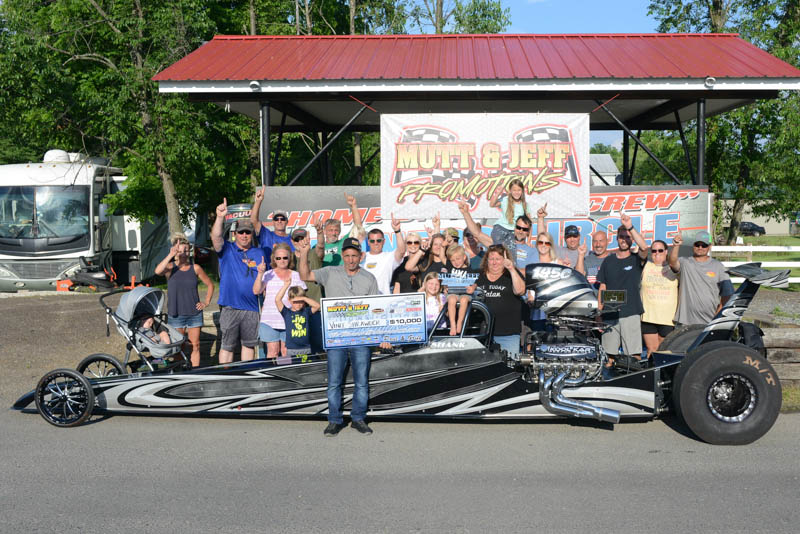 Two days down and one last one to go at the Mutt & Jeff Promotions high-dollar event at Beaver Springs Dragway in central Pennsylvania.

Two big stories at the beginning of the day was first Mike Holland’s win in the $20K final yesterday in his Mustang. Door cars are not always the best tool for the job, but Mike was making it look good in a car which had sat to two years and wasn’t even started until he arrived at the track on Thursday.

Second, iron man so far of the weekend has been Jeff Krushinskie who won Thursday’s race and then made it down to the semifinals yesterday. Driving a Roles team car, the semifinals was young Dalton Roles facing Krushinskie with the “owner” scoring the win and eventual runner-up yesterday.

A scattered weather forecast prolonged today with the sun poking through the clouds from time to time, but racing continued on.

Another candidate for iron man honors has to be Mike Fornwalt in his Footbrake Camaro. Fornwalt won the Footbrake class on Thursday, runner-upped yesterday and made it three finals in three days when he advanced to the final today. Facing him was yesterday’s winner, Bob Flick. Fornwalt earned his iron man status with a win over a red-lighting Flick, which moved him into round seven of the Super Pro field.

Winners from round six were Dauber, Seward, Krause, and Shrawder, with all four to be joined by the Footbrake winner Fornwalt. Round seven and it would be Dauber, Shrawder and Fornwalt moving on, with Shrawder on the odd car bye run to move directly into the final against either Dauber or the Footbrake iron man Fornwalt.

In that semi, Fornwalt’s Cinderella came to end, when Dauber held the reaction time advantage all the way through to the finish line.

In the final, it was Dauber who lit the red-light by 0.0003 to hand the win to Shrawder.

Still left to complete today was a special 32-car Door Car Shootout which was originally scheduled for Friday. Final round contestants were Ben Haight and yesterday’s runner-up, this time in his door car; an S10 truck really; Dalton Roles. The red-light told the tale in this final as well when Haight lit the bulb to hand Roles the win. 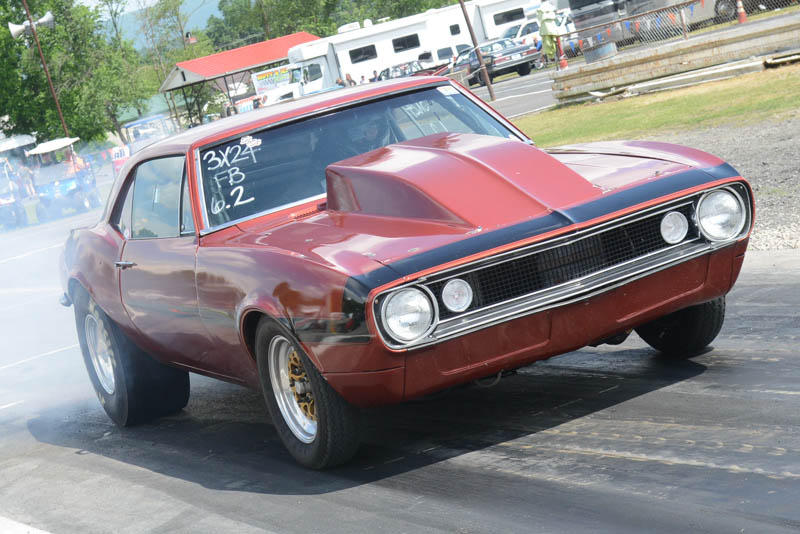 “We definitely had our work cut out for us, with the weather concerns,” said co-promoter Paul Burruss, “but between the racers, the track crew, sponsors and our Mutt & Jeff crew, we were able to get it all done. Both myself and my partner Dylan Griffey are so thankful for everyone who worked with us to complete the event. And our thanks also goes out to Mark and Joanne Walter of MotorManiaTV for the great streaming the entire event. We’re looking forward to an even bigger race next year. We just can’t wait.”

MotorManiaTV.com continued to live stream all the action and for more information and results, visit www.muttandjeffpromotions.com.