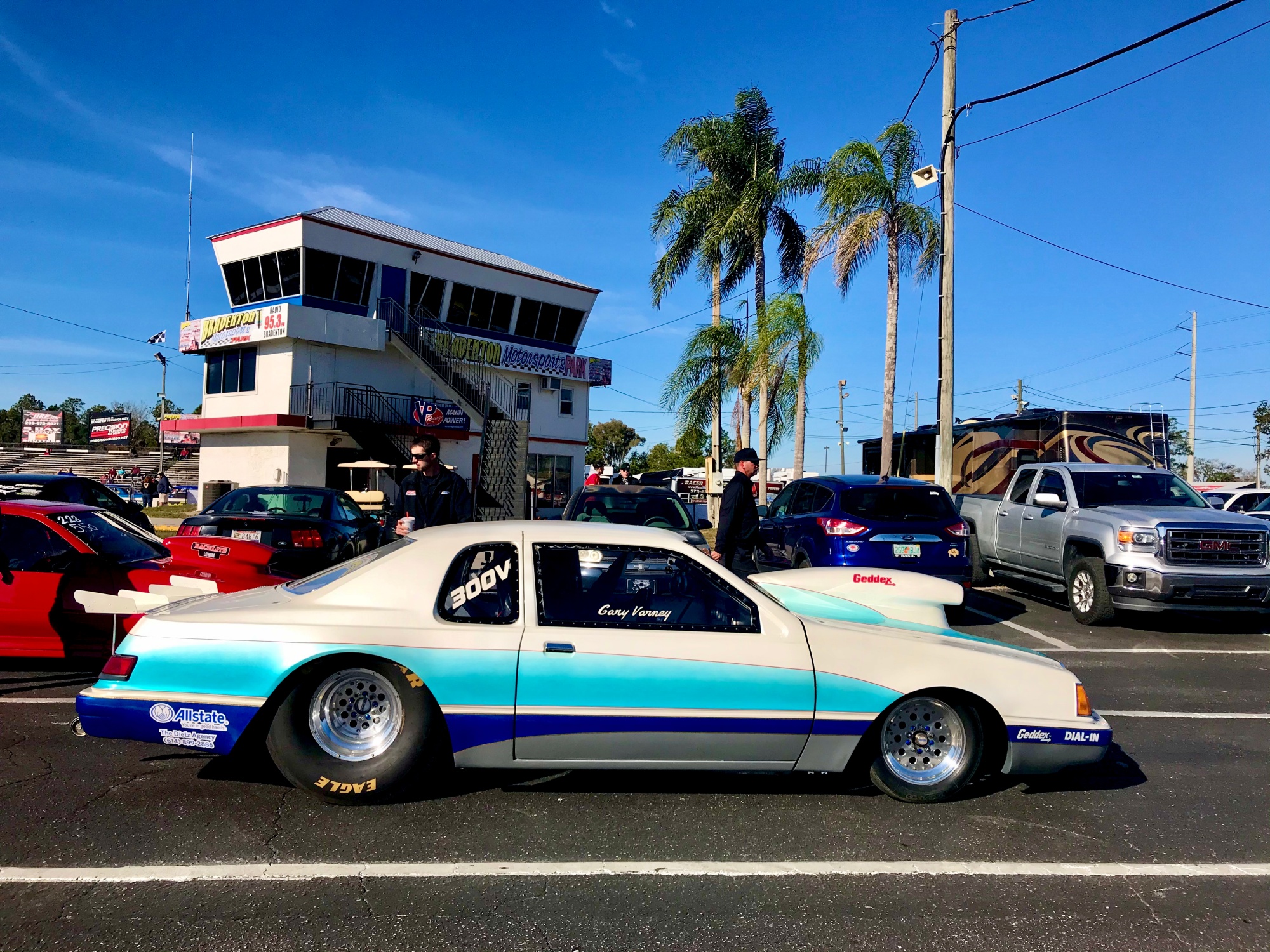 When it comes to cars that make a lasting impression, few have ever impacted Gary Varney the way his 1985 Ford Thunderbird did, and to this day he’ll never forget the first time he ever laid eyes on the car. It all started back in 1996 when he and a buddy were at a race car auction in Indianapolis.

An older gentleman named Paul Brown, better known as “Racer Brown” noticed that Varney was buying a lot of Cleveland parts, so he approached Gary and told him that he had Cleveland stuff in great abundance. “He says to us, ‘I’ve got a garage full of Cleveland parts…stuff you wouldn’t believe, and I’ll make you guys a package deal,’” Varney remembers Brown saying.

Intrigued, Varney and his friend struck out to Cape Girardeau, Missouri, to take a peek inside Racer Brown’s garage, arriving at roughly 3 o’clock in the morning. Mr. Brown greeted them warmly despite the obscene hour upon which they arrived. “He came walking out with a cane to meet us, a real nice fellow,” recalls Varney.

Varney was busy marveling at Brown’s Cleveland parts collection, when suddenly, in true barn-find fashion, he got a glimpse of a Bob Glidden-tribute Thunderbird sitting on jack stands, with a Ford Probe parked beside it. The Thunderbird was an identical replica of Glidden’s 1985 car, which featured the Chief Auto Parts/7-Eleven paint scheme with Motorcraft decals on the quarter panels. 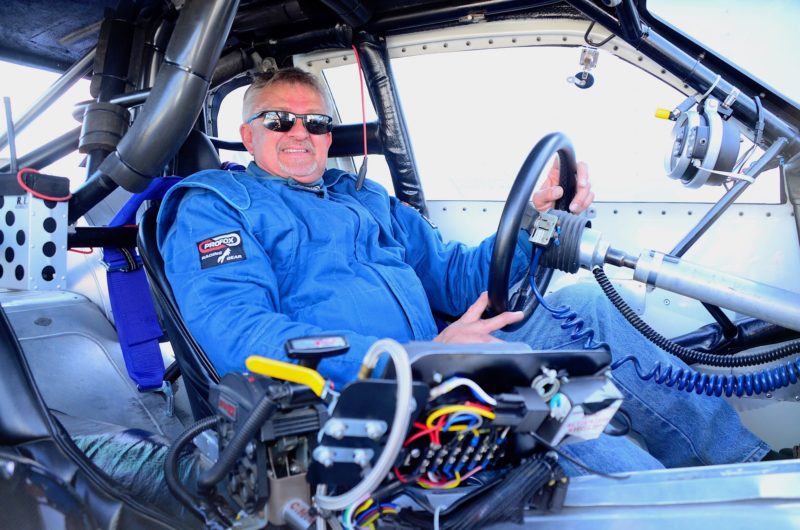 Varney got goosebumps at the very sight of the car and immediately began asking questions. Turns out, the car was built by Tennessee’s Richard Boling Race Cars as a promotional piece for a Ford dealership located near Atlanta, where the car was actually on display in their showroom for several years throughout the mid-1980s, back when Glidden was setting the world on fire within the ranks of NHRA Pro Stock.

Varney wanted to buy the car so bad he couldn’t stand it, but to his dismay, Racer Brown told him the Thunderbird wasn’t for sale. Regardless, Varney continued gathering up armloads of Cleveland parts from Brown’s garage, and left him his number in case he was ever willing to part with the Glidden-clone T-bird.

Eventually, the phone indeed rang and it was the call Varney hoped he’d someday receive. Racer Brown told him he’d be willing to sell the Thunderbird, so Varney left his native Ohio and once again traveled to Missouri to pick up the car.

While the classy Thunderbird was a true showpiece at one time, especially during its years while parked on the showroom floor of the Ford dealership, time hadn’t been kind to the car, as the paint and Lexan had yellowed while sitting for so long. “I was tempted to race the car just like it was, but it really needed a new paint job,” Varney says. It was then he commissioned his friend, Terry Duris, who applied the beautiful design it currently has. The paint has held up beautifully, especially considering this was done 22 years ago.

For power, Varney relies on a highly modified 557ci Ford engine with Blue Thunder heads. It features a sheet metal tunnel ram intake with a pair of Dominator carbs. “It doesn’t have a real big cam in it, so it’s not a ‘spring killer,” Varney says. “We can put 300 runs on the engine and it’s real easy on parts.” The drivetrain is anchored by a 2-speed Powerglide transmission. The car also features a 9” Ford rear end, Strange axles and Goodyear tires mounted on Monocoque wheels.

He’s raced the car at many area tracks in Ohio, especially National Trail Raceway in Columbus, where he competed in the Super 32 series for quite a few years. He’s towed the car to many Ford events within a three-state area, and had collected probably 17 trophies alone from winning NMRA’s bracket category over the years. 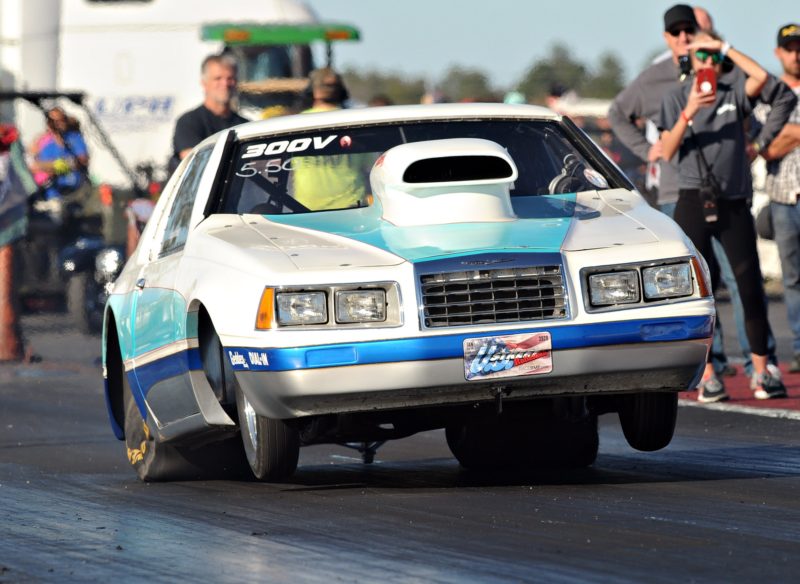 Eventually, Varney became hooked on index racing, where his T-bird is deadly consistent in the 5.50 range. In fact, Varney kicked off 2020 with a victory in Bradenton, Florida, after winning the 5.50 index category during the popular U.S. Street Nationals. All total, he’s put the Thunderbird in the winner’s circle no less than 30 times.

Amazingly, among the biggest thrills ever for Varney didn’t even happen at the racetrack, but rather at his good friend Larry Morgan’s race shop. “I live and operate Geddex out of Etna, Ohio, which is probably 15 miles from Larry Morgan, whom I’ve known for many years,” Varney says. “Larry used to change tires on his Pro Stock every seven runs, and I’d get his old tires and probably make another 100 passes on them!”

“Well, one day I pulled up at Larry’s and I stepped out of my truck and bumped into someone. I said, ‘Oh, excuse me,’ and this guy turns around and it was none other than Bob Glidden in the flesh, with a cigarette hanging out of his mouth!” laughs Varney, who was darn near speechless for a few seconds.

Morgan formally introduced the two and they had a good laugh and spent some time together. “He was an amazing man,” Varney says. “I said to him, ‘Bob, you wouldn’t believe how much money you’ve caused me to spend!’”

Gary proceeded to tell him about walking into Racer Brown’s garage, seeing the Thunderbird on jack stands, and eventually buying it. “Glidden laughed and says to me, ‘It happens to the best of us!’”

Varney readily admits he was a huge Glidden fan beginning in the 1970s when he was coming up through the ranks. “I never would have even dreamed that I would be able to look at the man, much less meet him and spend a little time with him,” he says.

It should come as no surprise that Varney has been a lifelong Ford guy, dating back to his teenage years. “My dad loved Fords, my first car was a Ford, so that’s where it came from.”

Varney’s introduction to drag racing was also the result of some quality father-son time, when his dad took him to the first NHRA Spring Nationals ever held at National Trail Raceway in 1972. “I was 13 years old and after that first race in Columbus, it was over for me!” laughs Varney.

Immediately following the race, he came home, climbed on his dirt bike and began attempting burnouts. “I was 18 before my parents would let me take my Mustang to National Trail to race it.” 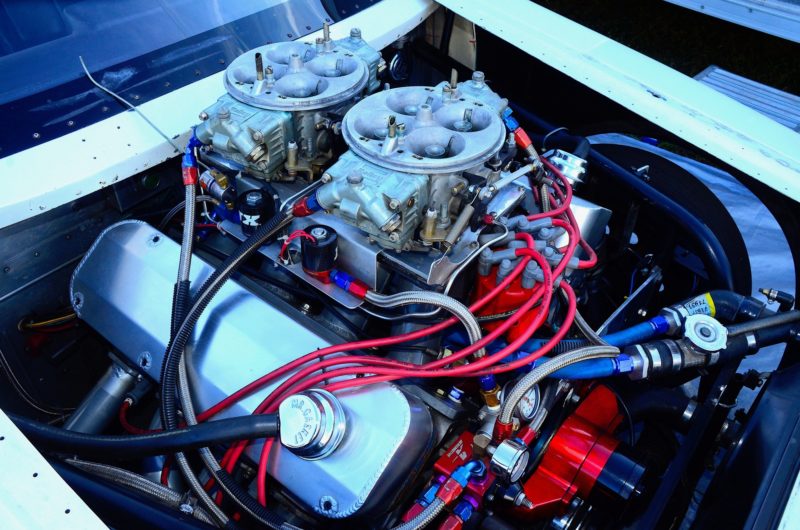 Over the years, Varney has bought, built and raced a variety of Ford drag cars. His most memorable weekend came in 1998 at a Fun Ford event in Norwalk, where he took his 1970 Mustang and won the Saturday night race, then came back on Sunday and won the shootout. “It was about a 10k weekend for me,” he says. The timing couldn’t have been scripted any better, because shortly after that win, Racer Brown called and said the Thunderbird was for sale, so the winnings from Norwalk came in handy.

About the only thing that could make this story any better is if Varney decided to return the Thunderbird to its Bob Glidden clone design – which could actually happen any day. “I’m almost sure I’m gonna do it,” Varney says. “We were actually wanting to do it before we brought the car to Bradenton for the U.S. Street Nationals, but we ran out of time.” Considering how Varney won the 5.50 index class at Bradenton, how cool would a Chief Auto Parts/7-Eleven Thunderbird have looked sitting in the winner’s circle?

Pondering the possibilities, Varney is very tempted to enter the car in various Nostalgia Pro Stock races, should he indeed return the car to the Glidden theme. “Regardless, we have fun every time we take the car out, which is about 10-12 times per year now,” Varney says. “I’ve got thank my friends Rob and Rick Stilwell, who are kind enough to let me keep my motorhome and trailer on their farm in Bradenton, Florida.”

For Varney, he’s made some great friendships along the way, and his racing passion is also a family affair. “I’ve also got to thank my daughter, Ashley, my son, Jamie, my girlfriend, Laura, and my grandson, Max, for all their help,” Varney adds. “I must also thank Larry Morgan, as he does so much for me and so many other local racers…more than anybody could imagine.”

After his season-opening win at Bradenton, Varney participated in the inaugural Drag Illustrated World Doorslammer Nationals, before returning home to Ohio for a short while. His racing plans for the remainder of the season include stops at his local National Trail Raceway, Pacemakers Dragway and select NMRA events with plans to also compete in the Fast Fords event at Dragway 42 in West Salem, Ohio, scheduled in June.