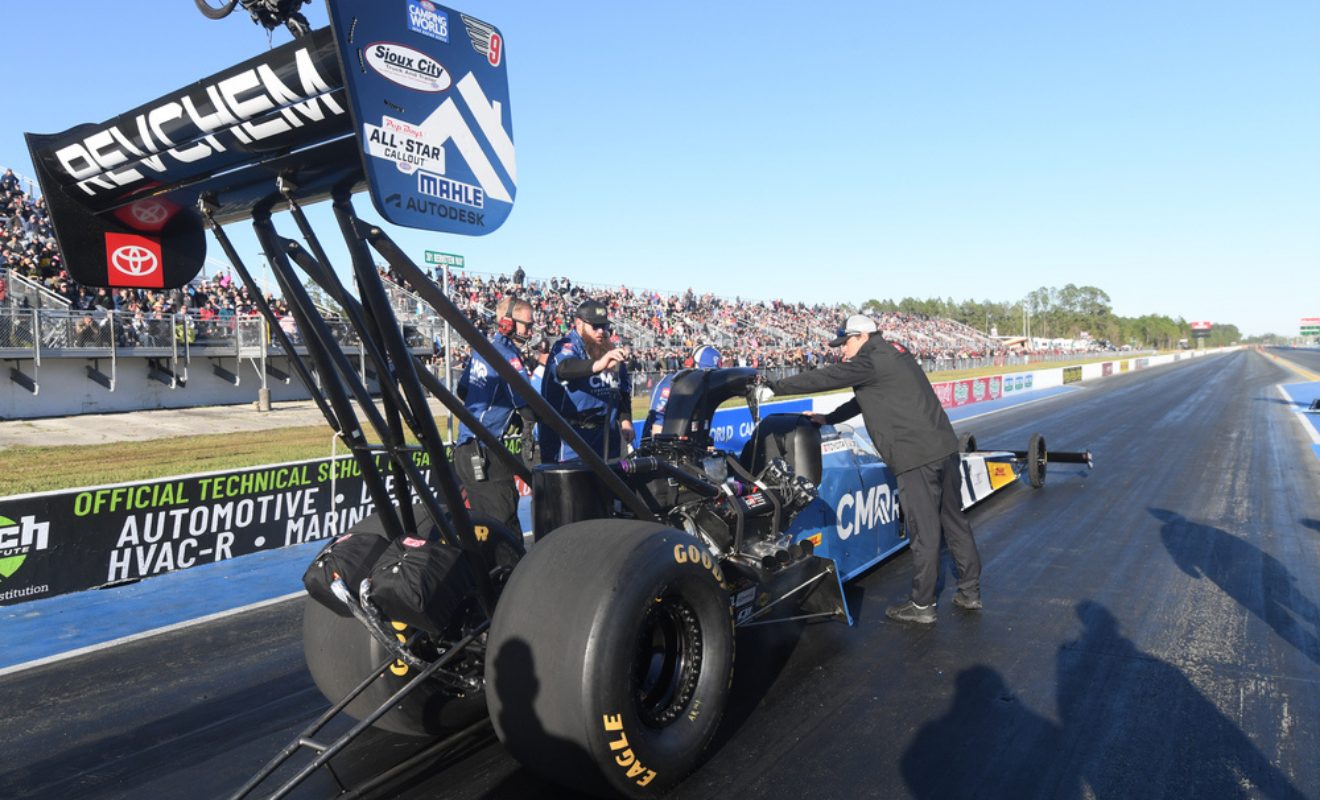 As last year’s Gatornationals Top Fuel runner-up Shawn Langdon and his new-look CMR Construction & Roofing Top Fuel team had high hopes for this weekend’s race. In addition to racing for their first Gatornationals title Langdon was also competing in the Pep Boys All-Star Callout $130,000 specialty race. Massive rain showers for two days washed out a full day of qualifying on Friday and on Saturday all the teams were in a holding pattern until mid-afternoon when the NHFRA Safety Safari delivered a well prepared yet green race track for what turned out to be one round of qualifying.

For Langdon that qualifying session was also the first round of eliminations for the Pep Boys Callout. On Friday Langdon was “called out” by veteran Mike Salinas as his preferred first round opponent. When Saturday’s racing started, he pulled up beside veteran Salinas and his CMR Construction & Roofing Top Fuel dragster experienced a mechanical issue on the burnout. The 2013 Top Fuel world champion was able to stage but a rear end malfunction doomed his efforts to advance to the second round or post an elapsed time since his dragster barely moved off the starting line when he hit the throttle.

If was a disappointing turn of events for a driver who was building momentum at the start of the season. Due to weather conditions, there was only the one qualifying session, and the field was set before Langdon’s CMR Construction & Roofing dragster could get back on track. In two weeks he will be back in action at the Las Vegas Four-Wide Nationals looking to pick up his first win of the 2022 season.

“We had CMR Construction & Roofing on our race car and we would have liked to have put on a better show for them,” said Langdon, “We are turning our attention to the next race and looking at what happened this weekend. I have a lot of confidence that we will keep getting better.”