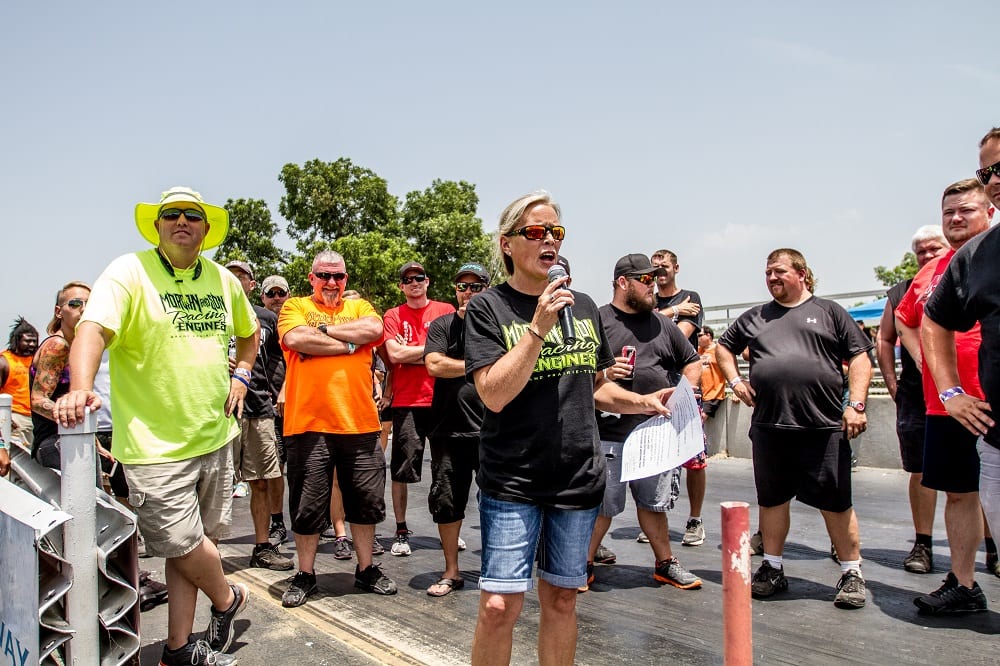 The NHRA Mello Yello Series is getting a taste of no-prep racing.

Shannon Morgan is bringing her No Redemption racing series to Royal Purple Raceway Friday, April 21 as an exhibition race within the NHRA Spring Nationals. The facility, based near Houston, has hosted no-prep events, but never beneath the umbrella of NHRA.

“They just asked if we were interested in doing an exhibition eight-car shootout deal,” she said. “They want to build their fan base. They recognize there’s a different world of fans out there that they’re trying to reach also.”

The finals take place Friday night after the last pass of the nitro classes with qualifying kicking off that morning. While the track obviously won’t be scraped bare in true no-prep style, the drivers make a single qualifying pass in the morning. From there, they will race on a surface that is ever-changing on a car where the setup is the educated guess of the tuner.

“They’re doing everything on our same layout, we’re still drawing chits, we’re still racing it like a no-prep race with no times on the board,” Morgan said. “The clocks will be off like at no-prep. The only thing is, the track obviously isn’t going to be scraped and be a no-prep surface. Everything else is our exact format.

“The guys are going to get one qualifying pass Friday morning because it’s a prepped track. I can’t imagine the track is going to be anything that night like it’ll be that morning.”

Morgan is renowned in drag racing for the care she takes of her racers and the loyalty she displays for them. As such, she wants to ensure the winner of the shootout earns the appropriate prize.

“They are getting an NHRA trophy of some sort,” Morgan said. “I asked for a Wally and they declined that, but I haven’t let that go yet. They explained it to me that they have another kind of special NHRA trophy that they give in special situations where they do something like this and we’re proud to have that because this is a great opportunity for our guys regardless.

“They’re going to be in the staging lanes next to John Force and racing on the same track as him, but I want them to have a Wally.”