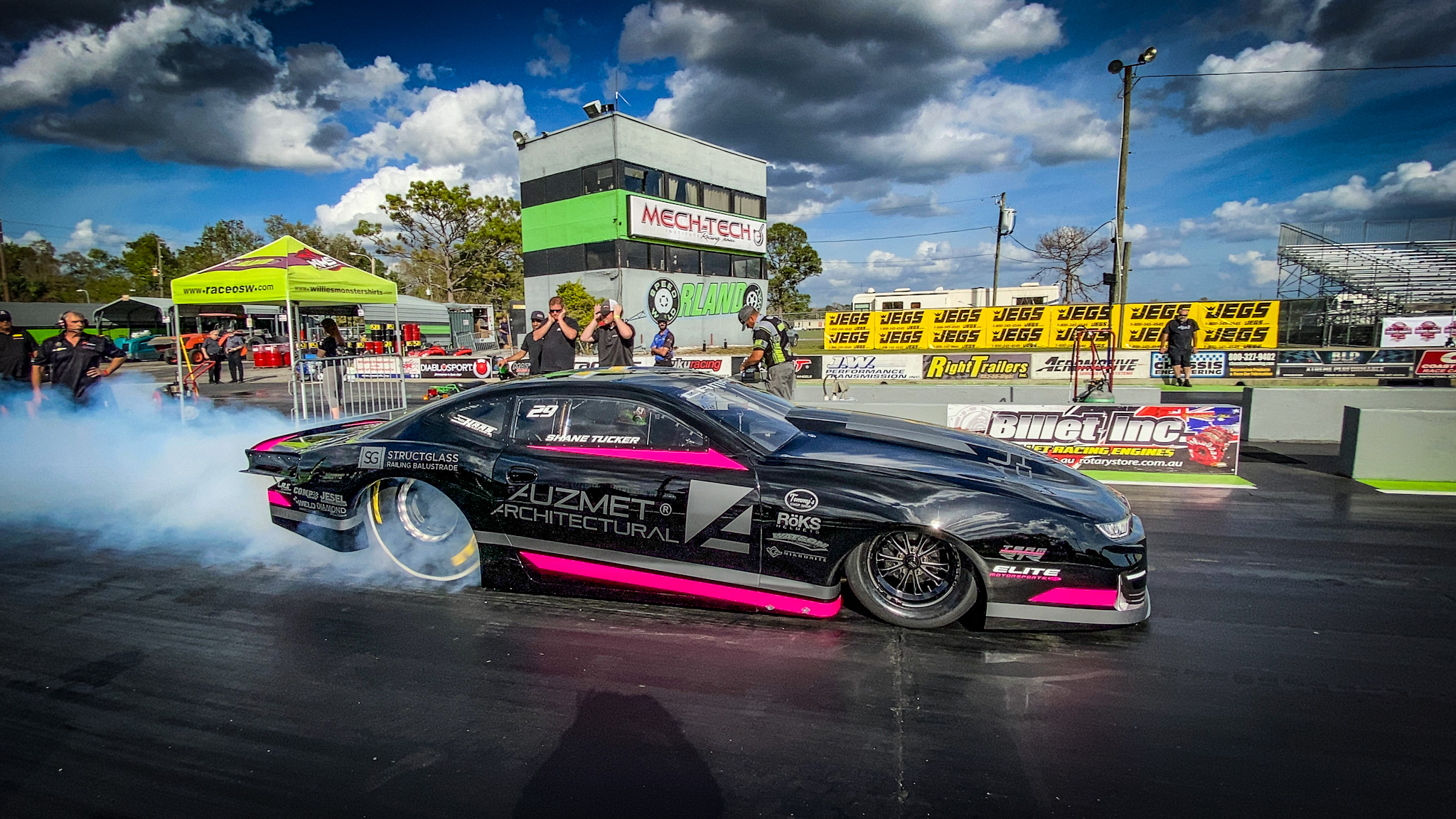 The plan for Shane Tucker was to make his 2020 debut in Indy and then race the rest of the Pro Stock year.

With an appearance this weekend at the Drag Illustrated World Doorslammer Nationals presented by CTech Manufacturing in Orlando, those plans changed in a big way. Tucker is campaigning a sharp black, gray and pink Azumet Architectural Camaro powered by Elite Motorsports and has looked strong throughout the weekend, going a career-best 6.502-seconds at 212.23 mph in qualifying.

Tucker will take this momentum and head to Gainesville next week as well before taking time off until Indy, but the Australia native was pleased with the chance to compete at the inaugural race this weekend at Orlando Speed World Dragway.

“We hadn’t planned to race until Indy, but this opportunity came up and it all sort of worked out,” Tucker said. “I expressed some interest in the race, (team owner) Richard (Freeman) and I had a conversation, and it all sort of came together. It’s a pretty good deal here, and hopefully we can keep progressing.”

Things came together pretty quickly for Tucker, who made steady progress to end 2019. He won a round last year in Dallas, but didn’t think he would have a chance to continue that good stretch until Indy in September.

This opportunity was too good to pass up, leasing a motor from Elite Motorsports to compete the next two weekends. It’s a program that allows Tucker the chance to have an immediate and noticeable impact, which is important to the part-time racer who spends most of his year in Australia. Being able to come to Florida and run well off the bat is important, and Tucker now has a chance to compete for $75,000 this weekend in Orlando.

“Honestly, I think Richard gives you every opportunity to run well,” Tucker said. “You can’t put an amount on seat time. I’m comfortable with how I drove last year, and we’ve got a great chance to run with everyone at the top.”