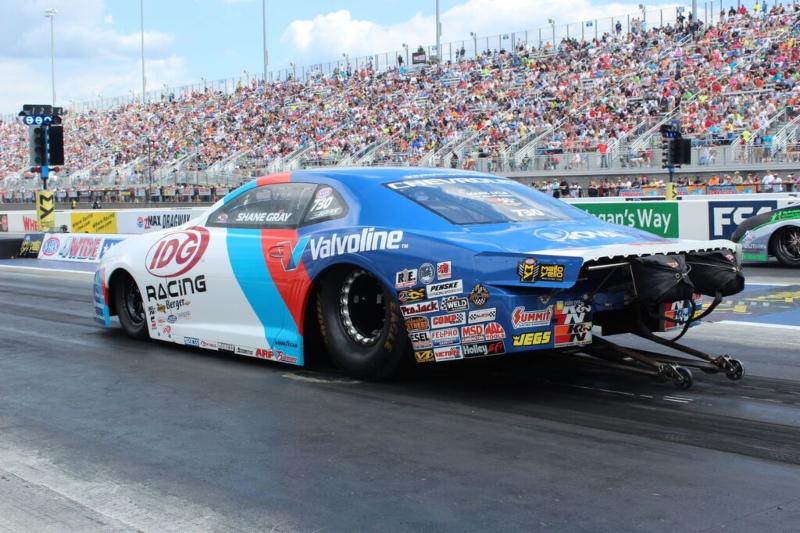 Pro Stock driver Shane Gray and his Valvoline/Nova Services Chevrolet Camaro crew are convinced that success at the upcoming 36th annual Summit Racing Equipment NHRA Southern Nationals will be enough to lift them into the field of 10 drivers who will eventually challenge for the 2016 NHRA Mello Yello championship.

To help things along, Gray has enlisted the assistance of longtime friend and fellow drag racer Dave Connolly, a 30-time national event winner in a variety of racing categories, including 26 victories in the cutthroat Pro Stock class.

“Dave is practically part of our family,” Gray said. “As most people know, he was recently competing in Top Fuel with Bob Vandergriff’s team, but when they folded a few weeks back he was out of a ride. It’ll be huge for us to have him look over the car and work with (co-crew chiefs) Jim Yates and Craig Hankinson to make us a little more competitive.”

Despite missing the second race of the season as his team worked out issues with their car’s setup, Gray finds himself less than two rounds out of the top 10 heading into the weekend. It’s a reasonable amount of points to make up in a single event should the team find a way to turn on a few win lights come Sunday at Atlanta Dragway.

“We seem to be very close to finding a workable tune-up,” Gray said. “We’ve been qualifying mid-pack, so that’s the first thing we’d like to improve. If we could consistently put this Valvoline/Nova Services Camaro in the top three or four during qualifying, then we’d have much better draws on race day, which should translate to more success.

“Having a more consistent and slightly quicker race car also would help me behind the wheel. I feel like I could be driving better, and when you are able to eliminate all the other distractions, at least in my experience, I tend to drive better.”

Success in the Deep South isn’t alien to Gray. He was runner-up to past world champion Mike Edwards at the 2013 Southern Nationals.

“A lot can depend on the weather,” Gray said of Atlanta Dragway. “Since the NHRA resurfaced the track it’s been really smooth and fast, but sometimes the heat and humidity of springtime in Georgia can bite you. Having experienced guys making the calls can be the difference, and between Dave and our regular crew I feel very optimistic.”