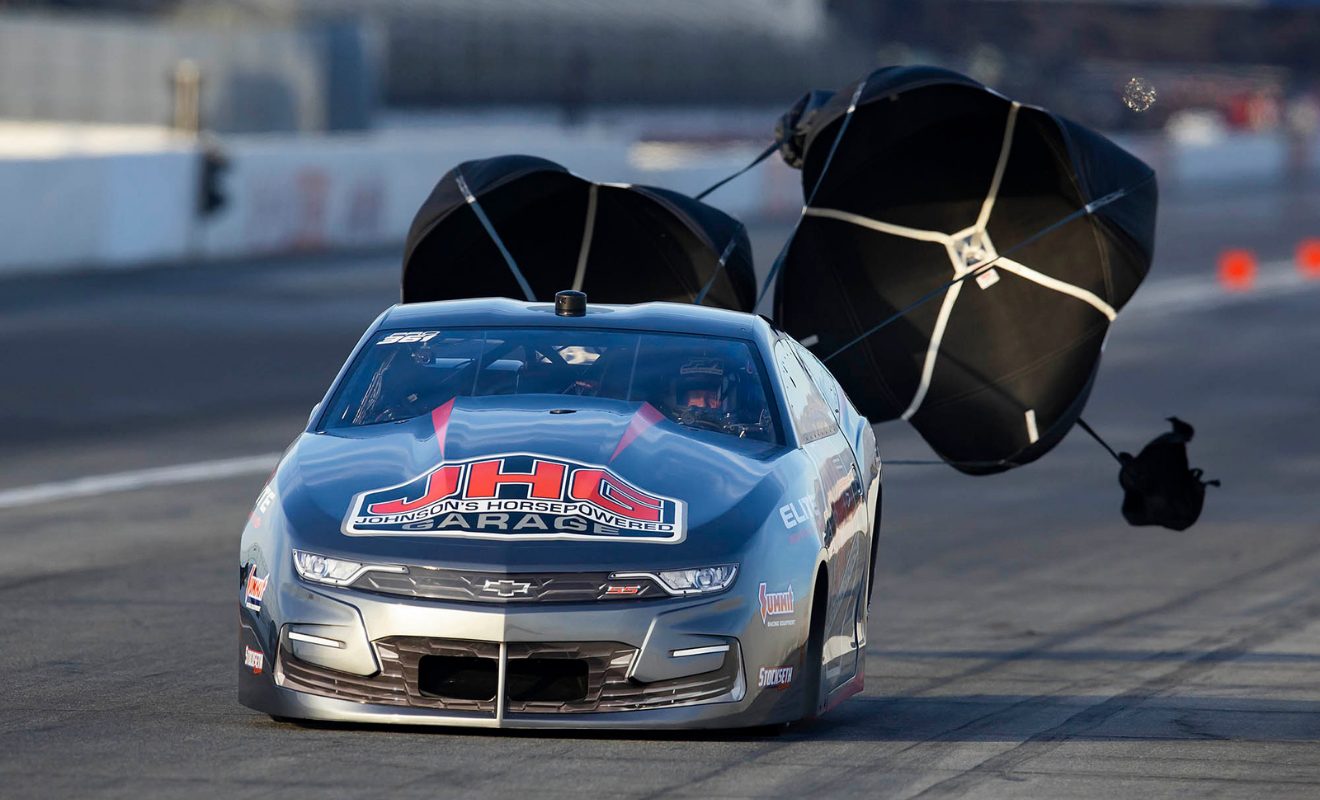 Bo Butner’s raceday adventure at the Amalie Motor Oil NHRA Gatornationals included a round win and some fairly wicked tire shake. Butner, driver of the Johnson’s Horsepowered Garage Chevrolet Camaro, is eager to get back in his racecar and do a bit of testing before the next event on the tour.

“It shook bad,” said Butner, following the second-round stutter that slowed his efforts in the #JHGDriven Pro Stocker. “I just stayed in it, but I’m really feeling it. My bones were getting jarred.”

Butner’s day started off on a note of elation as he claimed a round win over Erica Enders on a holeshot. The round was a stunner as Enders, who gets her power from the same Elite Motorsports team as Butner, set the national record with her 6.450-second pass at 213.57 mph. Butner’s superior .002-second reaction time and 6.513, 212.33 – his best run of the season – shut her down. Enders was .077 on the tree.

“This was great air, and the track was good,” said Butner. “She made a great run, and we all miss it sometimes. That run was pretty impressive, though. This was the first time the national record has been reset in the EFI era, and it’s going to be tough for us to do it again this season.”

“I felt prepared and ready, but I didn’t hit the tree like I wanted,” he admitted. “I still feel good. I’m glad we won a round; that’s a plus. We just have to go back to work. I assume we have some testing to do before Vegas – we need to be the best that we can be – but overall, we’re happy. This takes time, and we’re in it for the long haul.”