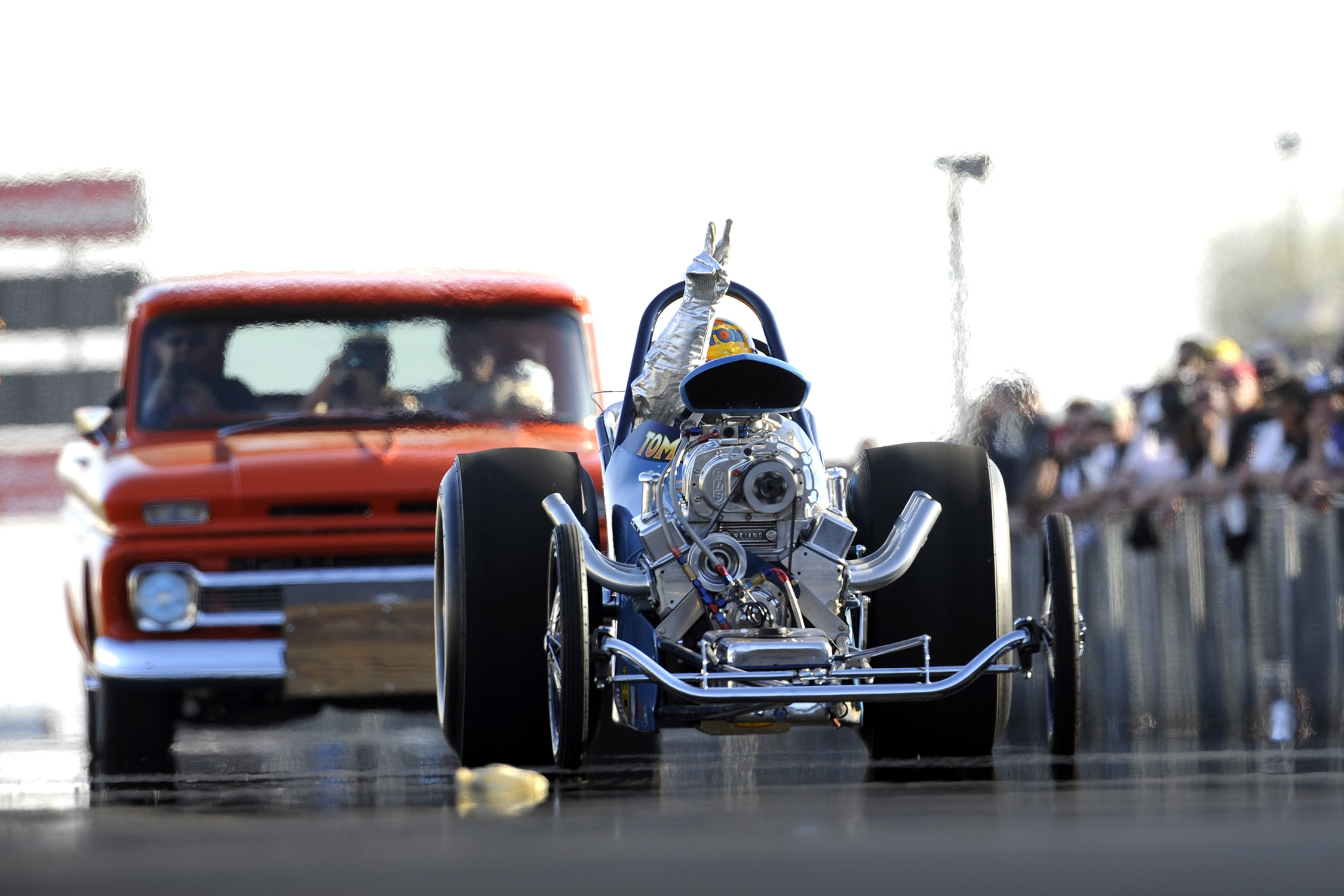 Trevor Larkin’s first memories from the drag strip center around being corralled in a racing slick as a make-shift playpen while his dad worked on race cars. Today, Larkin is carrying on the legacy of his father, “Little Tommy” Larkin, as he works toward a racing career of his own.

“I have two brothers, Travis and Troy,” says Larkin. “But racing just wasn’t their thing. It was something my dad and I did. He drove Top Gas, and after that he worked with Tom McEwen and Don Prudhomme, so my first memories are going to the races with my dad, being three years old, and hanging out with those guys. Back then, they were still grudge racers. They weren’t yet the giant names that they would later become.” 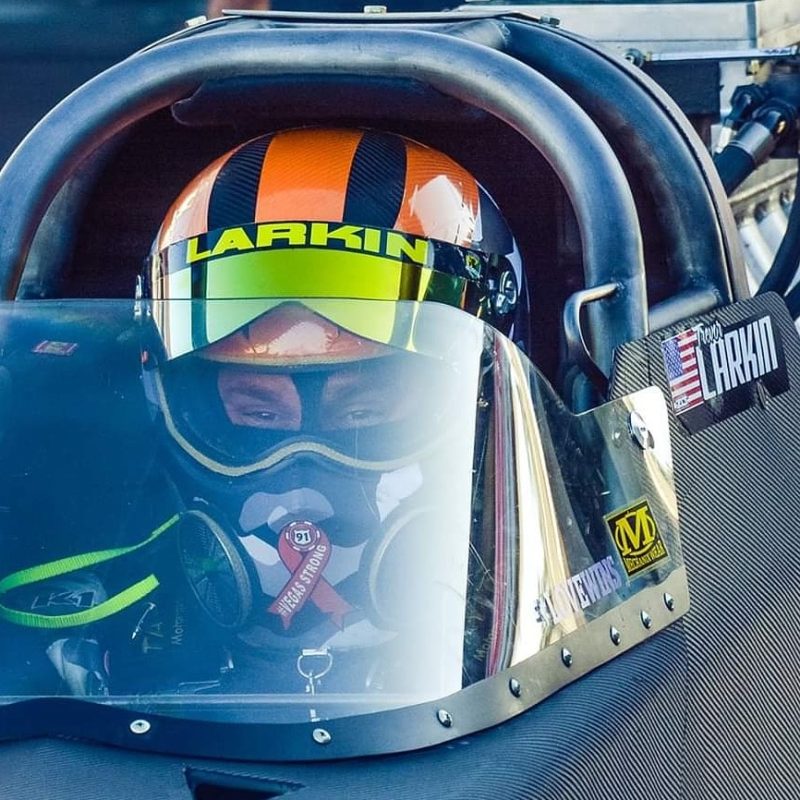 Larkin licensed in a Top Alcohol Dragster after the NHRA national event in Las Vegas last fall. He crews for A/Fuel dragster driver Ron Anderson, and in lieu of pay for the 2019 season, the two cut a deal. Larkin would commit to the year as a crew member in exchange for using Anderson’s car to get his Top Alcohol Dragster license after the Las Vegas race in November.

Sitting in a dragster wasn’t foreign to Larkin. When his father was diagnosed with cancer in 2005, they recreated one of his old Top Gas dragsters to use as a cackle car. His father passed away in 2011, and Larkin continues to haul the vintage rail to as many exhibitions as he can, sitting in the driver’s seat of his dad’s car as it sings along in nostalgic cacophonies across the country.

“The car has his name on it, we do the push-starts, I wear his helmet, and we keep it very period correct – not just for the fans who remember it, but for the new fans who are just learning the history of the sport,” says Larkin. “It’s fun to be one of those historic cars out there. That’s where I found my niche; my first seat was in a cackle car.”

Larkin licensed in Super Comp at the Doug Foley Drag Racing School a couple of years ago, after it was suggested that if he did so, he would be prepared if anyone ever needed a driver. 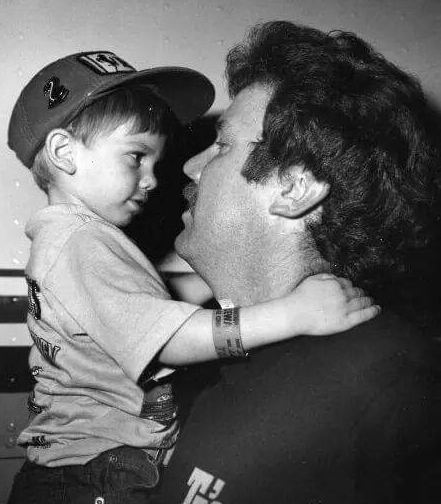 “I got my Super Comp license, and a month later I was driving a Nostalgia Funny Car. I skipped five or six classes, and now here I am with my Top Alcohol license,” says Larkin, who currently drives for Dick Moseley in the ANRA series behind the wheel of an admittedly squirrely Topolino altered he calls “a shopping cart with a bad attitude.”

“I’m constantly finding that next level,” he says. “I’m always pushing myself and going, OK, what am I going to do next? [Licensing in TAD] was a step in the right direction; it’s working towards that next level of speed.”

One thing is for sure, though: Larkin doesn’t intend to park his dad’s car anytime soon. He’ll be cackling right along with the best of them for many years to come, carrying on his father’s legacy.

“My dad never saw me drive, but every track we go to, I have so many memories – he’s there,” says Larkin. “I love preserving the heritage of this sport and keeping my dad’s name out there. People that knew my dad sometimes tell me, ‘Oh, he would be so proud.’ That means a lot. To me, it’s like winning the race.”