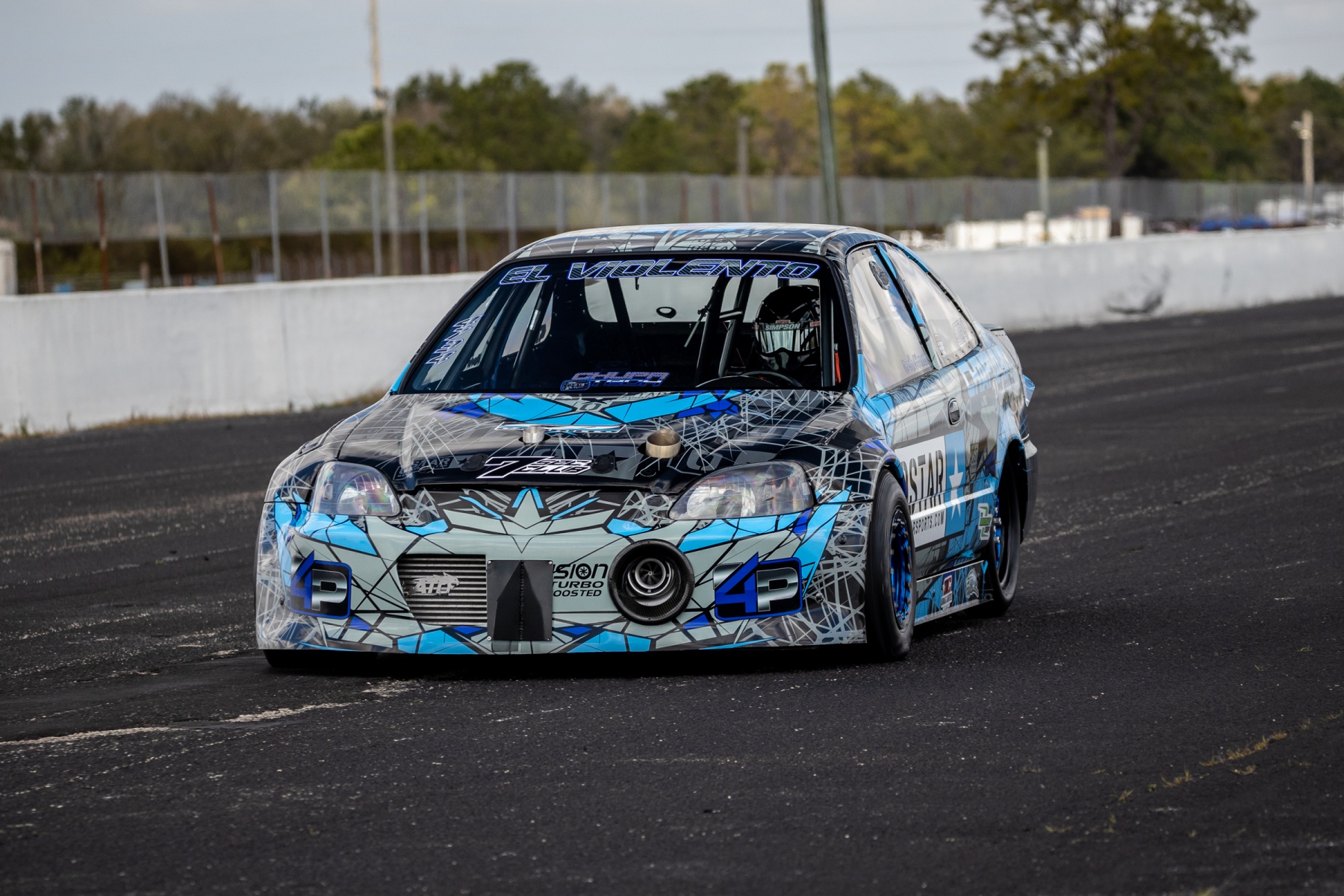 This weekend, the XFWD class is racing in memory of Robert Mapps, who won the inaugural Sport Compact Evolution in XFWD in 2021 and tragically passed away in November. A field of 22 cars showed up for the event, including the Clutchmasters entry formerly driven by Mapps.

“We had a lot of heavy hitters come out,” said Victor Alvarez, event promoter and owner of Bradenton Motorsports Park. “People traveled from really far. These cars require a lot of work, so everybody’s wrenching and working hard. This is the first time for the most part that they’ve raced since FL2K or World Cup Finals. Everybody is testing new combinations and new cars and getting ready for the season. We’ve got a 7.97 for our No. 1 qualifier and tons of low 8-second passes, so we have a tight field. I think we’ll have a great race.”

Alvarez, who also races in XFWD, is holding the race to help build up the import/sport compact segment of the sport.

“Thanks to all the sponsors and the people who support it,” Alvarez said. “This is like a warmup race for these guys, but it’s important that we do more of this and we continue to grow this sport. Radial racing is great, Pro Mod racing is great, but these guys also work just as hard and spend tons of money. This is all about giving them more places to race, doing the right thing, and giving them good payouts.”

Aleman missed it on Saturday’s first qualifying pass, but set the pace with his 7.973 at 182.35 in Q2 and maintained the lead through two other sessions. He held off 21 other drivers, including class veterans and his own father, Nelsito Aleman, who qualified No. 3.

“It feels good to qualify No. 1,” Aleman said. “The weather was hot but the car worked great. We’re going to get the car ready, check over everything, and get ready for eliminations tomorrow. The field is really close, so it’s going to be a good race day. But I’m confident in myself and my car.”

In addition to making more 7-second passes, Aleman’s goal for Sunday is obviously to chase the $15,500 payday.

“This weekend I came in just hoping to go rounds and win,” Bello said. “Being able to go 7s was cool because the previous record holder, Robert Mapps, was like my uncle.”

Derick Santiago fired off a monster 6.273 at 218.90 in his Pimar Acura in Modified Presented by Induction Performance. The pass was also a personal best for Santiago.

Sport Compact Evolution presented by Ignite Racing Fuels eliminations will kick off at 10 a.m. EST on Sunday, beginning with 11.50 Index.