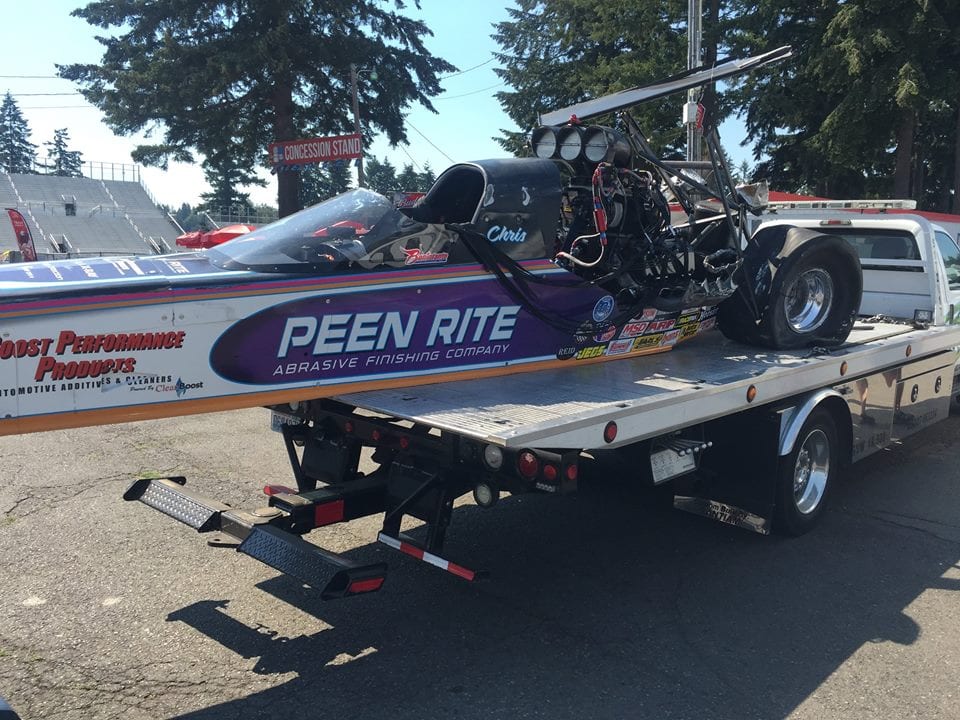 Less than two weeks ago, Chris Demke was climbing out of his mangled Top Alcohol Dragster chassis after a high-speed crash during the second qualifying session at an NHRA West Region race in Seattle. The crash would’ve put some other teams out of commission for weeks, it not months, but the Maddern Racing team went right to work preparing their spare car for this weekend’s 62nd annual Chevrolet Performance NHRA U.S. Nationals.

Racing at Pacific Raceways’ regional event, Demke was qualified seventh going into the second qualifying session when he encountered traction issues, pedaled a few times, and smacked the wall around the eighth-mile mark. The car then shot sideways across the centerline and hit the right wall, eventually coming to a stop past the finish line. 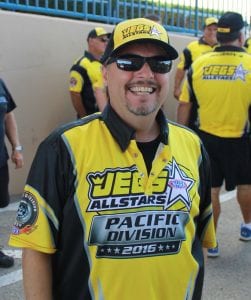 “Having won the Seattle regional the last three years, this is absolutely not how I wanted things to happen. I’m upset with myself for the driver error and destroying a beautiful race car. I’m very thankful to have a team that can put what happened behind them and move on to the next race,” Demke stressed.

The Peen Rite/Boost Performance Products team would’ve worked to prepare their spare car going into any race, but the effort was supercharged due to the fact that their next planned race was the legendary U.S. Nationals in Indianapolis. Demke won the 60th anniversary edition of the prestigious event in 2014.

“The decision to go to Indy was made the afternoon after I crashed. The team rolled the broken chassis into the trailer and we all knew that if we were going to attempt to go to Indy, the decision had to be made that afternoon. We reviewed our options in a team meeting and the decision was made to make our best effort.”

Demke will roll into Lucas Oil Raceway at Indianapolis with a very capable Uyehara chassis that previously carried the Californian driver to the 2014 NHRA Top Alcohol Dragster world championship and several race wins.

“Thanks to the Herculean efforts of Kevin Watson [car chief] and Jerry Maddern [team owner] and assistant Robert Hadaller, they pulled our other car out of storage and got her prepared in a very short period of time. We were prepared to go from Seattle to Indy. To change our plans and come all the way back to L.A., perform this work, and get the rig back on the road with a completely different car was nothing short of phenomenal.

“This car is the car I won the 2014 championship with and we used it through the Vegas national and regional earlier this year. We’re very familiar with this car and I’m very comfortable driving it; it’s not a huge change. Thankfully we took as little as possibly off of it when we put together this last car, but it was still a major task to get it ready for Indy,” Demke commented.

Fortunately, the Maddern Racing blown alcohol dragster was the only thing that was injured during the crash.

“The crash was violent as most crashes are, but all of the safety equipment worked flawlessly and I was able to walk away unscathed,” Demke recalled. “I had some tenderness, but nothing that a little Advil didn’t take care of. Honestly, I played some Ultimate Frisbee last week and I was sorer after that than I was after the crash.”