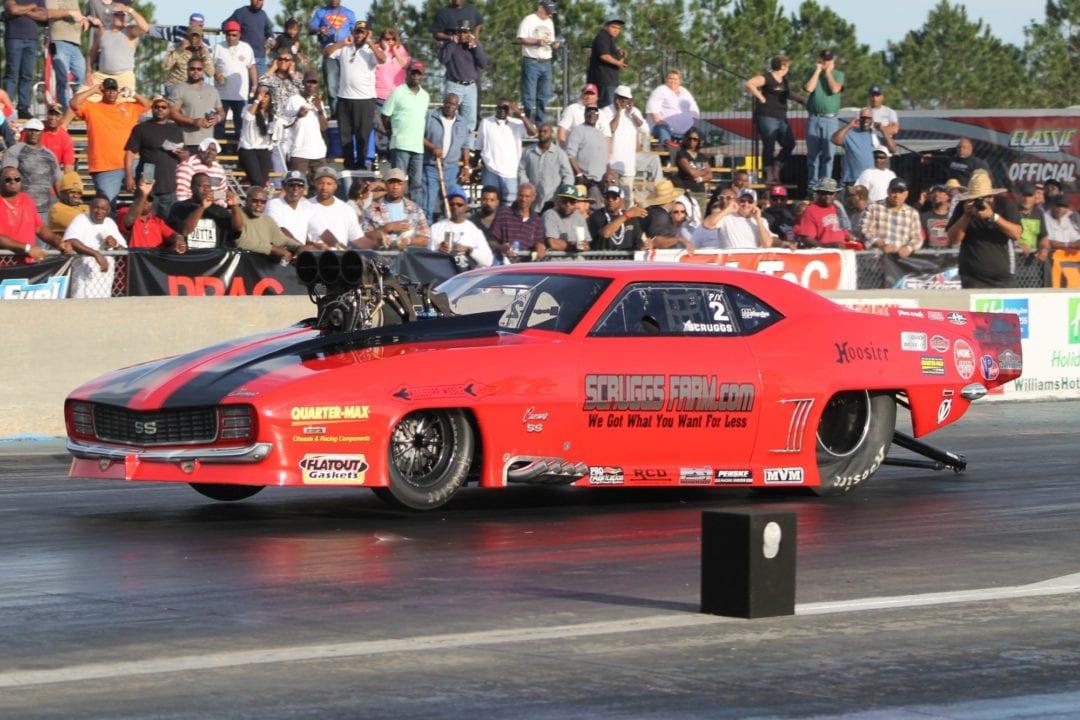 For the first time in the Professional Drag Racers Association’s three-season history, the all-eighth-mile series will race at the historic Lucas Oil Raceway this weekend. The inaugural PDRA Mid-America Indy Showdown, July 13-15, is the fifth stop on the PDRA’s eight-race 2017 tour, bringing the stars of eighth-mile doorslammer racing to Indianapolis, “the racing capital of the world.”

“We’re really excited about our first visit to Indy,” said PDRA Race Director Bob Harris. “We’re going to have a lot of new racers joining us who haven’t raced with us before – a lot of guys in Top Sportsman, Top Dragster and our Jr. Dragster categories. Indy is one of the most famous racetracks in the world, and it has a lot of prestige. It’s nice that we can stop to race there at least once a year now.”

One match-up that fans can see only at the PDRA Mid-America Indy Showdown is a Friday-night grudge race between 2015 Pro Extreme world champion Jason Scruggs and NHRA Top Alcohol Dragster star Dave Hirata. It’s a one-of-a-kind pairing that will see Scruggs’ screw-blown “Mississippi Missile” ’69 Camaro line up alongside the nitromethane-injected A/Fuel dragster of Hirata.

“Theoretically, Dave is going faster than us if you average it out,” said Scruggs. “I’m not really used to being a big underdog. Those nitro cars will put out cylinders and do all kinds of crazy things half the time, so I think we’ll be good. We’ll have to make a real good run and cut a good light, and he’ll need to make an average run. It’s going to be something different, that’s for sure.” 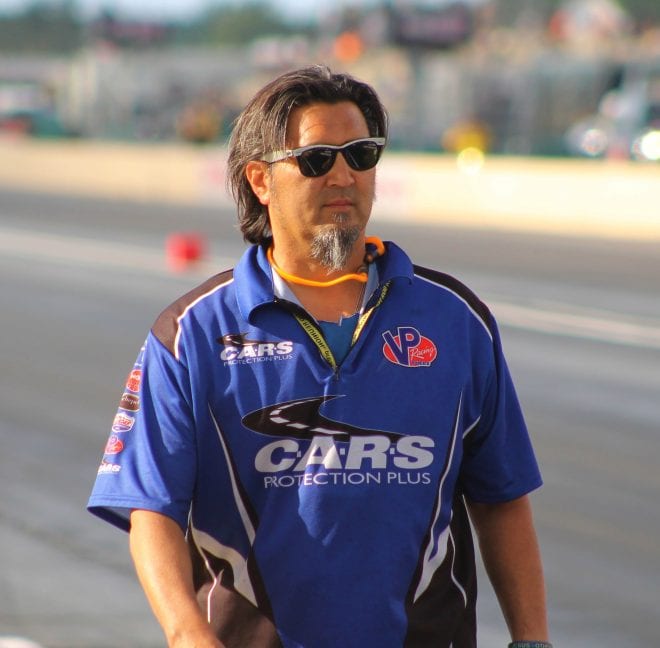 While Hirata is certainly new to the idea of racing against a doorslammer on the eighth mile, he’s far from new to running a nitro-injected A/Fuel dragster at Lucas Oil Raceway. He’s raced at the storied Indianapolis track since the 1990s with bursts of success at the NHRA US Nationals and regional event. His father, Kenny Hirata, won the US Nationals as a car owner in 1963 and 1965. The PDRA match race against Scruggs, scheduled for the end of the second qualifying session Friday night, will be the latest chapter in the Hirata family history at Indy.

“This is a cool opportunity that I’m really going to enjoy,” said Hirata. “Jason’s car is a screw-blown car with a torque converter, which is a combo I’ve raced against in Top Alcohol Dragster. The big difference is racing against a full-bodied car, and one of the baddest in the world. I follow Jason and these guys and I know what they can run to half-track – it’s amazing what kind of numbers they can put up. It’s definitely going to be a tough race.

“I’m most excited about going to a PDRA race. I’ve always wanted to go to one of these races to check out the cars, meet these guys and watch them race. I’m really excited for that, just as a fan. Getting to race alongside these guys and showing the PDRA fans and teams what we do with our car just adds to the excitement,” added Hirata, based out of nearby Lowell, Ind.

A full day of testing for all PDRA competitors will take place on Thursday, July 13, from 11 a.m. until 9 p.m. Friday’s activities will begin with the driver’s meeting at 11 a.m., followed by Sportsman qualifying sessions at 12:30 p.m. and 2 p.m. Professional qualifying is scheduled to begin at 3 p.m. A final qualifying session for sportsman (11 a.m.) and professional racers (1 p.m.) will set the fields for eliminations, set to begin at 4 p.m. for sportsman classes and 6 p.m. for professional categories. A jet car and a wheelstander will conclude on-track activities both days.

Tickets to the PDRA Mid-America Indy Showdown at Lucas Oil Raceway cost only $10 for general admission to Thursday’s test session, $20 on Friday, and $25 on Saturday. A weekend pass can be purchased for $40. Children aged 12 and younger get in free.