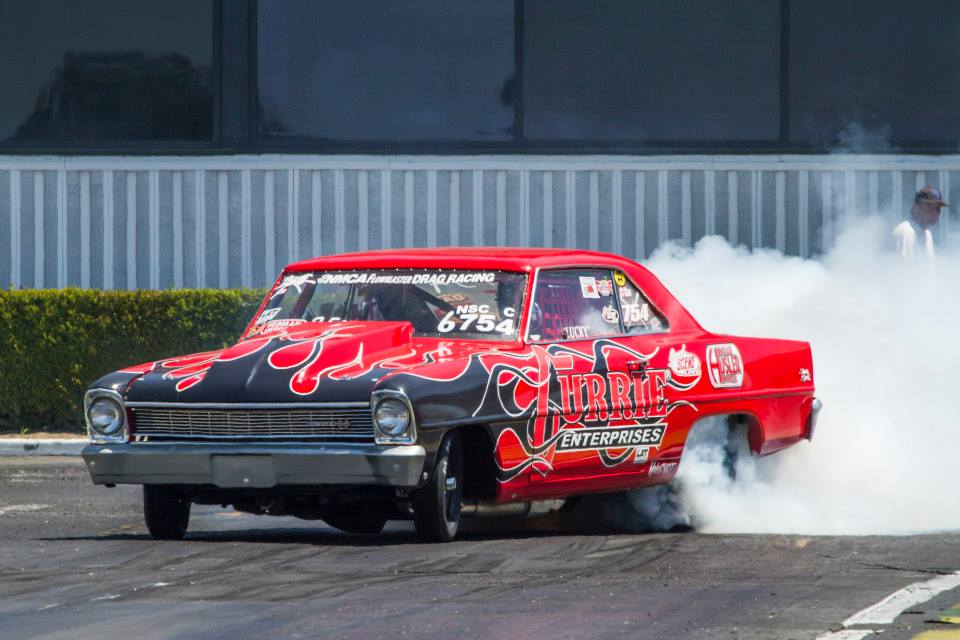 The biggest nostalgia race of the year is about to explode in Bakersfield, and if you have been to it, you know what an event it is. If you have never attended, it should be on your bucket list as a race to attend at least once. It is hard for me to describe the race sometimes, as my many memories seem to keep coming one after another until it becomes so big it can’t really be true. I have met so many great people, had so many good times, and been behind the wheel of my Currie Rearends ’66 Nova winning rounds so many times, I think it can’t really be true. I have had the chance to spend time with so many famous drag racing personalities, like Jungle Pam, who was the nicest and most humble person I have ever met. I have had dinner with Ed “Camfather” Iskenderian, spent time with Bones Balough, “TV” Tommy Ivo, and had the pleasure to talk with Linda Vaughn. I have also noticed many of the big names of NHRA have become part of the scene. Drivers like Del Worsham, Cruz Pedregon, Ron Capps and John Hale have been there and driven Nostalgia Nitro Funny Cars. And speaking of Funny Cars, how about over 40 floppers trying to make the show, plus front-engine Top Fuel dragsters. So many great people and cars.

For me, I love the doorslammers, so I race the Gasser class in C Gas, and DianaMite races in the Hot Rod bracket class. This race sells out every year with about 500 cars, and the stands are packed with spectators, the parking lot filled to capacity, and cars park along the orchards for a mile in every direction. The race really is a step back in time when a drag race was the biggest thing to happen to a small town. Everybody went to the race, and anything could happen. Crowds walk along looking at cars while the smell of nitro floats through the air. Crews fire up race motors and kids enjoy an ice cream and play under the shade of the trees while their parents enjoy the cars and the atmosphere. At night, the pits are filled with parties including live music, food and cold drinks. Fireworks explode into the night and the whole track turns into one big party.

I will be promoting Currie Enterprises with their rearends and suspension components and Hedman Hedders in the manufacturers midway, racing the cars, enjoying the people, sampling some BBQ, watching the cars go down the track, walking the swap meet, looking at cars, and basically being thankful to be part of the show. I will also be filming racing and interviews for the Speed Scene Live TV show, and looking for inspiration for Drag Illustrated Magazine. The March Meet at Bakersfield. If you have been, you know. If you haven’t gone yet, what are you waiting for?