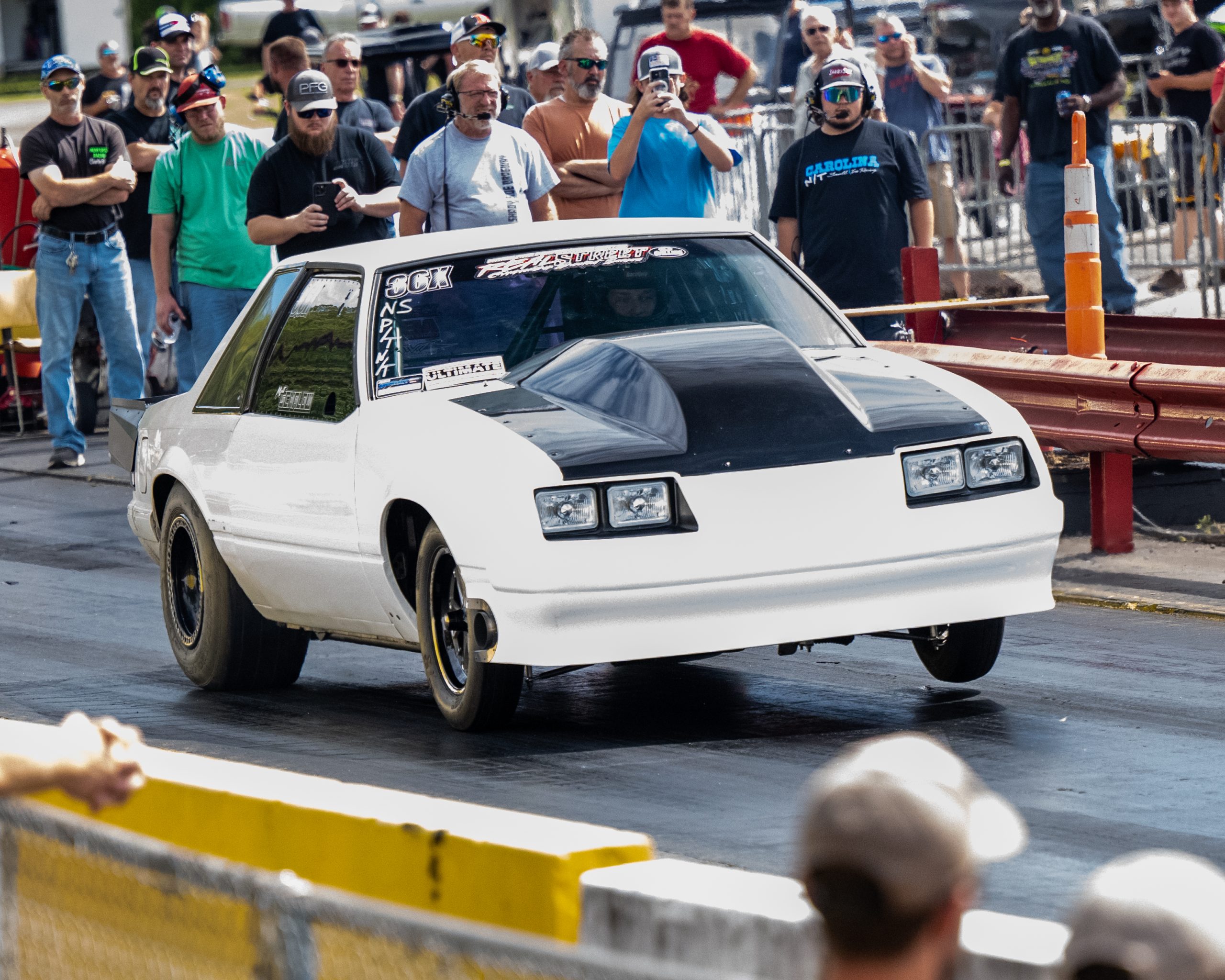 The Carolina Nitrous Nationals have become one of the fastest growing drag radial races in the South. Every spring and fall, the gates of Shadyside Dragway open up for some of the best nitrous and boosted small-tire cars to battle it out on the dubbed “baddest outlaw eighth mile in the South.” Promoted by “The Godfather of small-tire racing,” John Sears, the fans pack the stands to see his brand of outlaw drag racing and small-tire action.

Nitrous Street saw a brand-new winner in Matt Schalow (feature image) out of Virginia. Schalow and his father, Louis, the defending fall Carolina Nitrous Nationals Nitrous Street champion, brought their MPC Real Street four-eyed Fox body Mustang out to compete with some of the strongest Nitrous Street competition in the South.

After making it by Virginia’s Tyler Fox and North Carolina’s Jason Gilley, Matt found himself in the finals with Nitrous Street points leader Jacob Pearson. The Pearsons are no stranger to radial racing as that name is feared in drag radial community as he is son of famed small-tire racer David “Little Evil” Pearson, with Jacob piloting their Ultra Street spec Mustang. Both cars were tight on the tree before Pearson went on to suffer a driveline failure at 60 ft., allowing Schalow to drive off into the nightfall of Shadyside Dragway and turn on the win light. 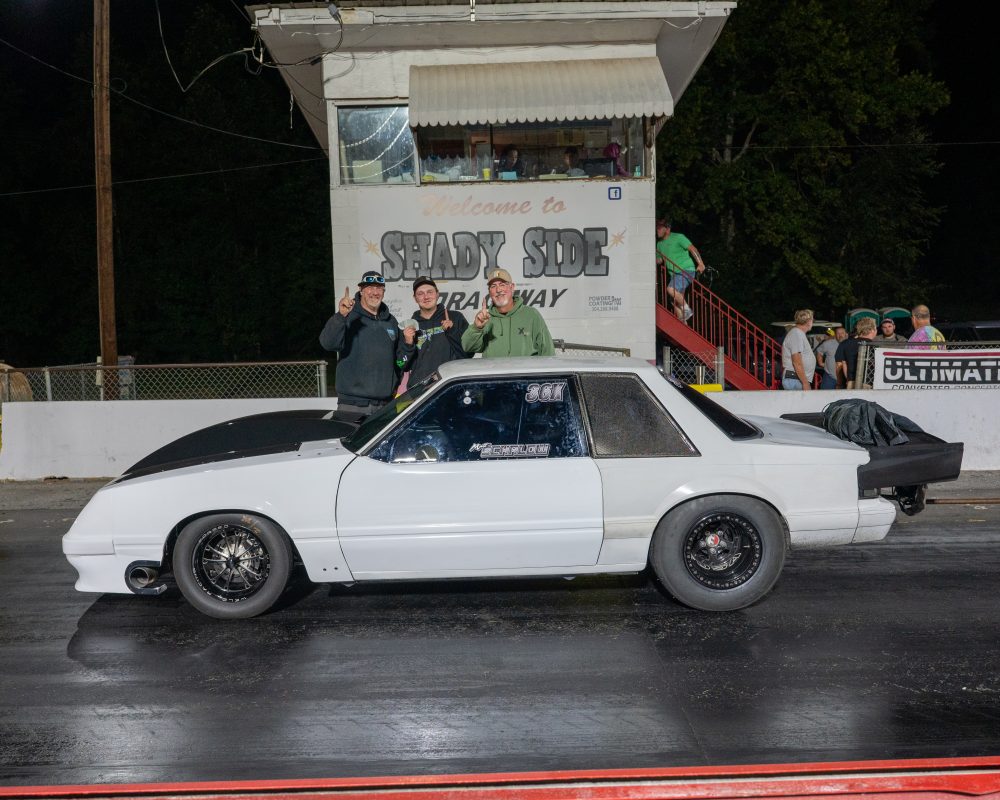 NT Small Block Boost saw one of its largest fields at Shadyside as 14 of the baddest small-block boosted cars were on property looking to claim the victory. Anthony Sellars parked his famed “Vendetta” small-block Forced Inductions turbo Mustang in the winner’s circle after battling some of the toughest competition in the Carolinas.

Sellars battled through the first two rounds taking down Connecticut’s Billy Colson and North Carolina’s Kenneth Warta before earning a bye to the finals. Sellars went head-to-head with Andrew Tovornik. This was a battle of the best as Tovornik got the jump on Sellars, but that Forced Inductions power was too much and Vendetta lit up the win light and took the NT Small Block Boost win. 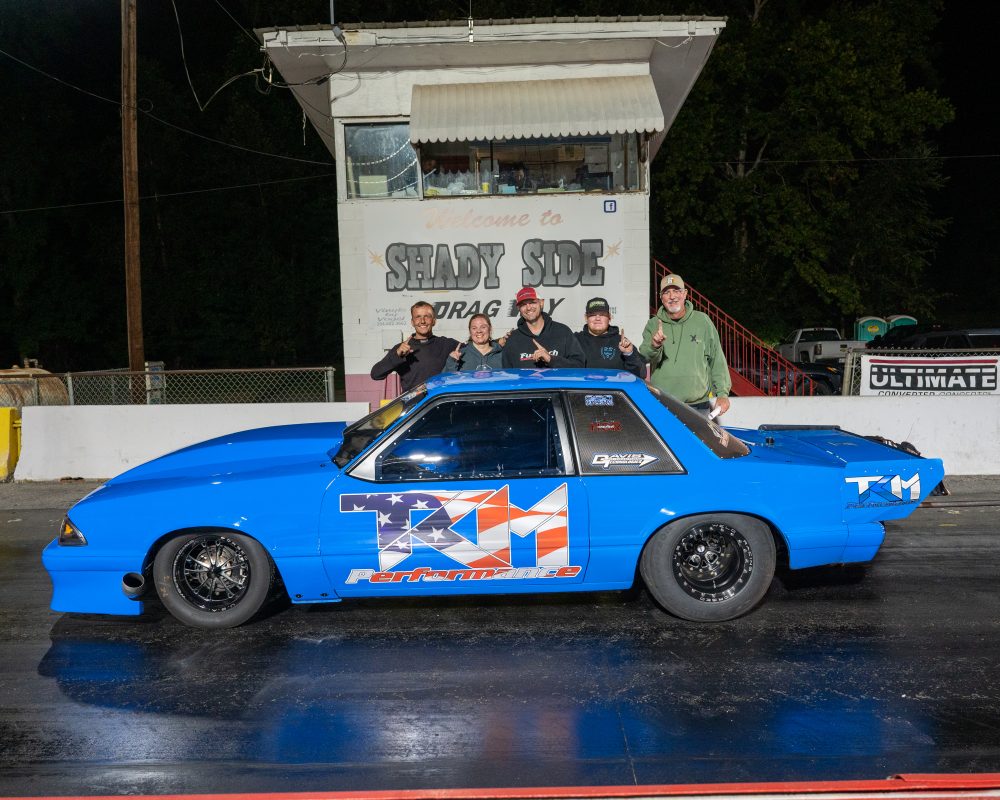 Outlaw 275 returned to the Carolina Nitrous Nationals with one simple rule: show up on a 275 drag radial in a doorslammer and put it in the beams! The “Yellow Mustang” team of David Farlow and Eric Gold finally claimed a victory after years of supporting the Carolina Nitrous Nationals. Farlow and Gold originally brought their wicked small-block boosted Mustang for NT Small Block Boost, but they double entered into Outlaw 275 and it paid off.

Farlow went through some fast competition in the early rounds, including Derek Reynolds in the fastest true ASAG car, before finding a date in the finals with David Brinkley’s nitrous big-block Camaro dubbed “The Patriot.” Brinkley was fresh off an OG 28s win at Shadyside and was heavily favored to win. Farlow didn’t let the hype get to him as he put it in the beams and got the jump on the tree and never looked back as he took the win and put their first Carolina Nitrous Nationals trophy on the shelf.