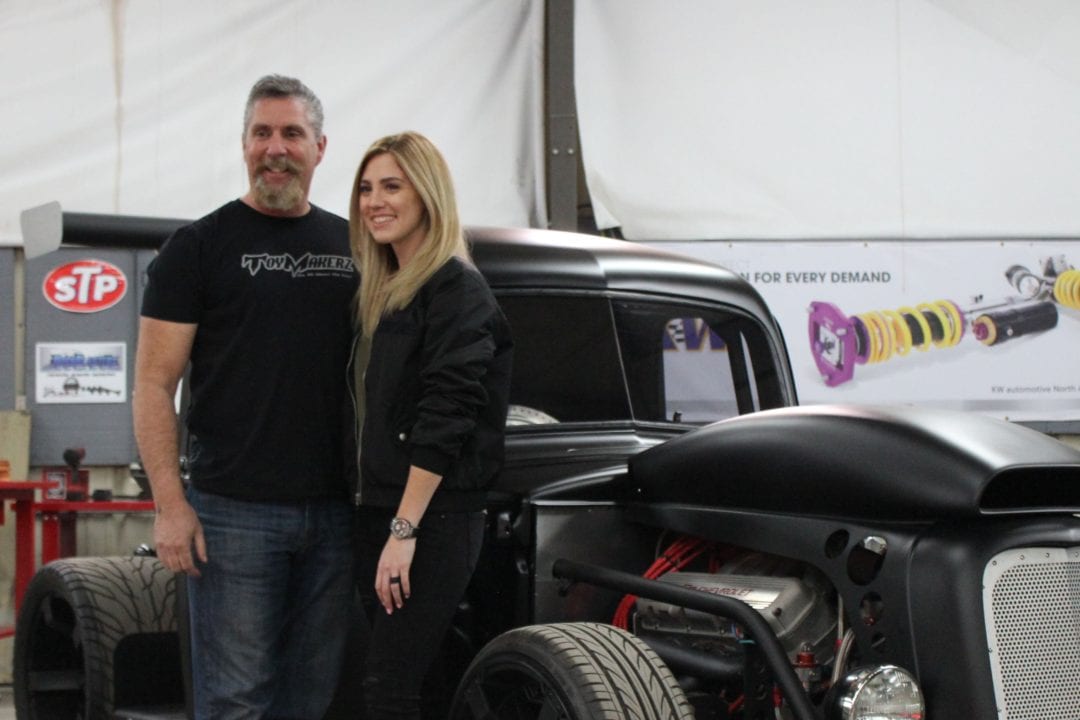 “While I was driving the Queen of Diamonds II Jet Dragster, Ankin proposed an offer to one day build a ToyMakerz car for me” Edwards said. “I was ecstatic to take him up on the offer earlier this year when I went out to Reidsville, North Carolina to his shop.”

Edwards will join ToyMakerz on episode 6 on April 14th. The TV show will initially air at 9 am EST on the History Channel.

The episode will also re-air on April 20th on FYI at 10 pm EST. It is a one-hour episode.

Through both networks, Edwards is going to be put in front of 157 million homes by being on the show.

“It was incredible to be at David’s shop,” Edwards said. “He not only designs, but also builds these one-of-a-kind toys. I can’t wait for the rest of the world to see the final reveal,  he exceeded my expectations. Tune in on April 14th to see the unveiling of David’s creation.”

ToyMakerz is a fabrication shop in Reidsville, North Carolina. Ankin and his team make exotic vehicles for people, who like exotic and rare creations.

As the company says, Toymakerz is all about the kid that never grew up – whether it’s for the garage, the street, or the track, there’s no toy we can’t build.

“Sarah is incredible on a lot of levels,” ToyMakerz Inc.’s CEO David Ankin said. “Sarah is one of those girls, who has been over 300 mph. She is a little different than most, in the way that she carries herself and she is soft-spoken. She’s passionate about the sport, and that’s hard to find in our world.”

Edwards is one of three celebrities on Season 3 of ToyMakerz. The owner of Sarah Edwards Racing joins “The King” Richard Petty, who appeared in the first episode of the season. Dean Cain, who played Superman, will also be on Season 3.