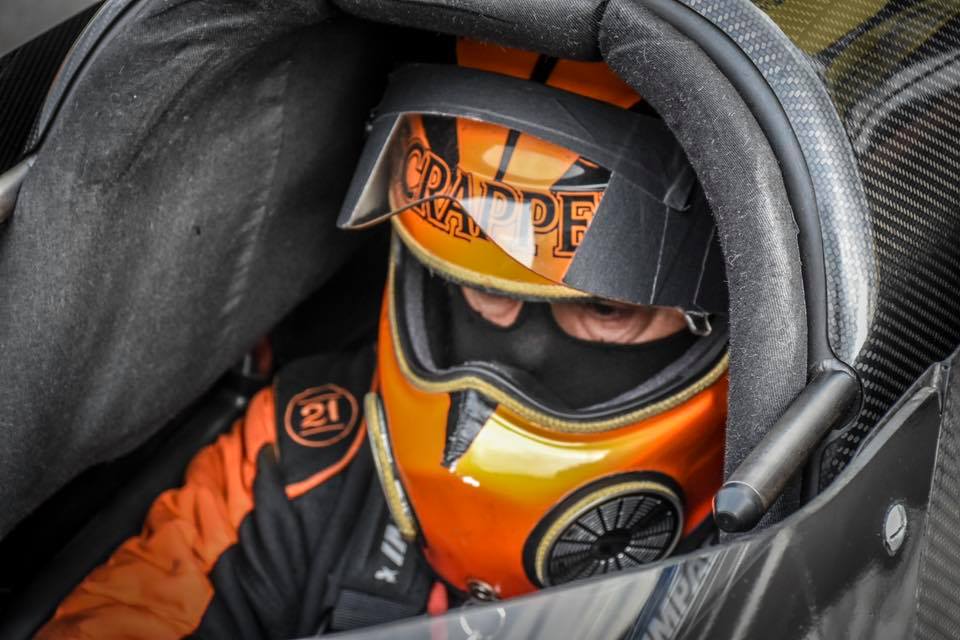 A day filled with a rain delay and a wind delay ended on an impressive note for Top Fuel driver Mike Salinas on Friday at the 10th annual NGK Spark Plugs NHRA Four-Wide Nationals at zMAX Dragway.

Salinas, who won his first Wally in Top Fuel at the Four-Wide event in Las Vegas earlier this month, raced to the top of the Top Fuel category, setting the track E.T. record of 3.687 at a speed of 327.43 mph in his Scrappers Racing Dragster.

Only a small number of drivers made it down the track Friday night after heavy rain wiped out one qualifying session and a wind delay forced further adjustments. But Salinas relied on his incredible braintrust of Brian Husen and Alan Johnson, and turned in an outstanding run.

“I actually saw Alan tune the car down. He’s a genius at what he’s doing and the car did exactly what we wanted it to do,” Salinas said. “All in all, I think we had a great run off the trailer coming off our disappointing weekend in Houston. We do it the way we do it, and we take it one round at a time. Alan has been teaching me some really amazing things as a driver, so they know what they’re doing and it’s working.”

“I forgot about the fire. And I found myself having a very ‘fan’ moment in the race car,” said Beckman. “This is just one of those moments. I thought, this is my job. I get strapped into a nitro Funny Car and they’re making a big deal out of this. They’re playing my song. They’re putting fireworks out there. And then we’re going to fire the car up. 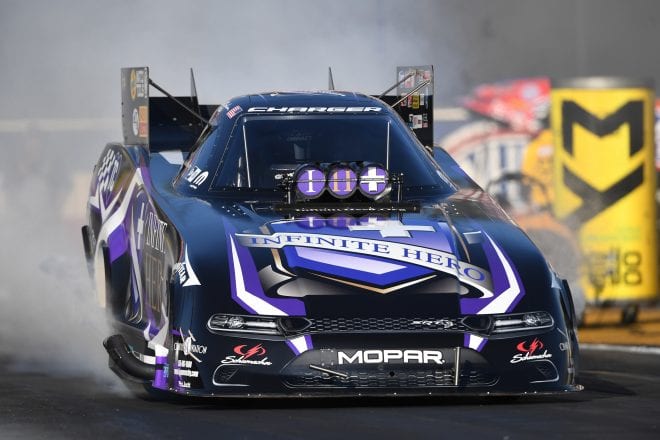 In Pro Stock Motorcycle, Stoffer ran a 6.864 at 195.17 to take the top spot in her Stoffer Enterprises Suzuki. She is in search of her first No. 1 qualifier since Atlanta 2015 and her first at zMAX Dragway.