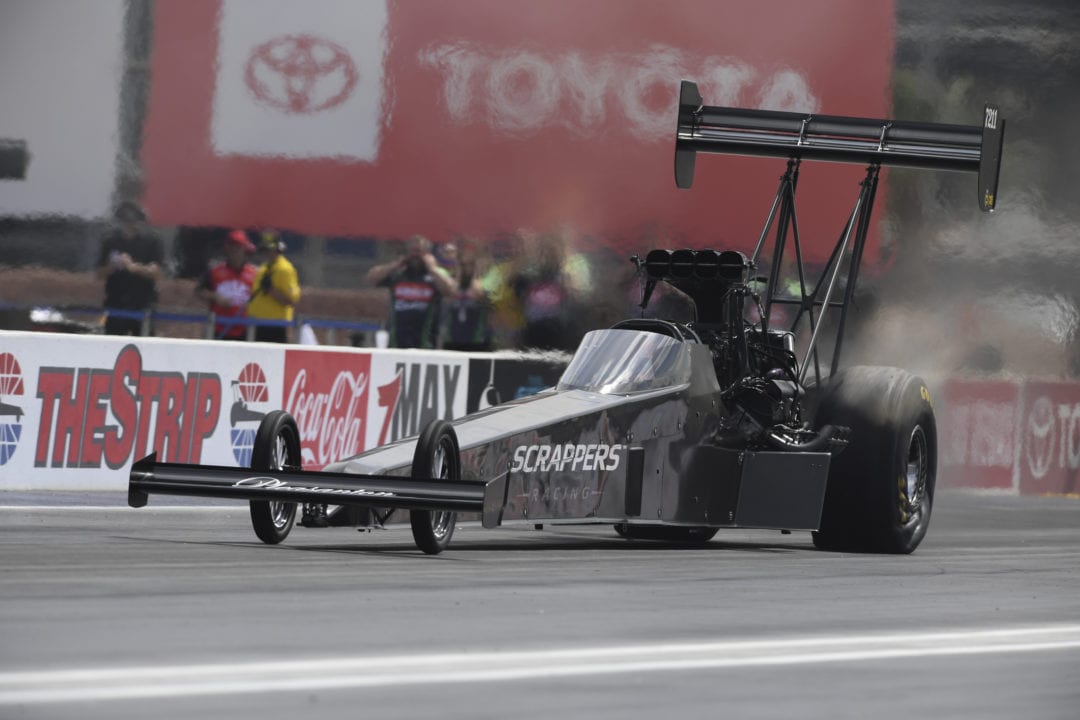 Consider that done after Salinas rocketed to the provisional No. 1 spot in Top Fuel with a run of 3.705 at 328.46 mph in his Scrappers Racing dragster. Salinas is in search of second career No. 1 qualifier and his first career NHRA event title, and he lauded the efforts of crew chief Brian Husen, tuning advisor Alan Johnson and the rest of the team for getting the car running well again.

“Alan, Brian and all the guys were preparing for this and they were ready,” Salinas said. “Since we fell on our face in Arizona and Gainesville, we don’t want that to happen again. I know what these guys can do and I’m here for one thing. I want to come and win and it’s going to happen. We’re working diligently and we’re surrounded by great people.”

Wilkerson powered his Levri, Ray & Shoup Ford Shelby Mustang to a 3.895-second at 323.50 mph to land at the top of the Funny Car class after the second qualifying session. Wilkerson is looking for his first No. 1 qualifier position since 2017. Wilkerson competed in the final round in Gainesville two weeks ago and is in search of his second career victory in Las Vegas.

“We do spend a lot of time looking at our parts,” Wilkerson said. “I think that makes our car as good as it is, everywhere we take it. It’s easy to be good at sea-level but when you can go from Gainesville to here, that’s proof that my guys do a good job making all my parts close to the same and I can turn a knob and put a head gasket on it and it actually acts the same. I think it’s just a good job that all my guys are doing. They make it easy for me to do what I do.” 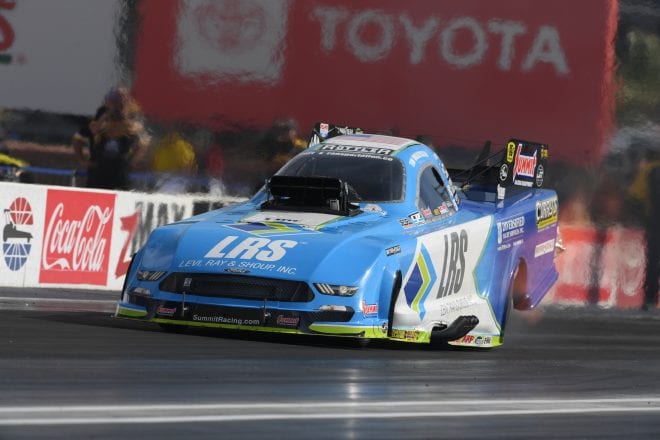 In Pro Stock, Butner ran a 6.648 at 206.67 in his Jim Butner’s Auto Chevy Camaro during the second session to take the top spot. Butner was the event winner in Pomona and Gainesville. He has been to five final rounds at The Strip at Las Vegas Motor Speedway facility.

Qualifying continues at 12:30 p.m. on Saturday. 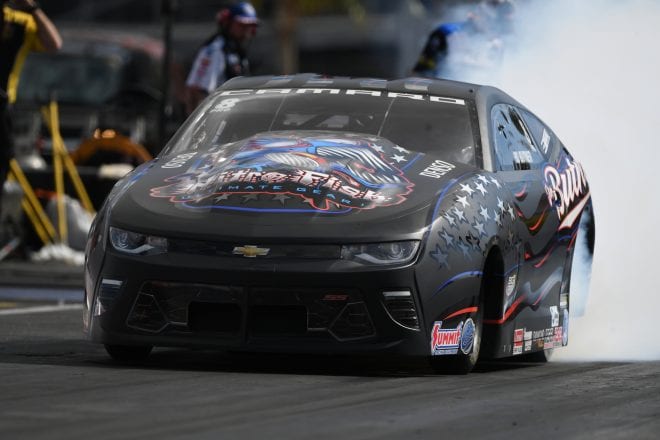